It is a new team for you this season. How do you feel?
“I feel good. I’m playing well and our team’s starting to play well. We have lost a few games in a row lately, but I think overall we are doing a pretty good job and we are in a good position going into our last twenty games.”

You had two seasons in Torpedo. Was it a happy time?
“Yes, it was great. It is nice coming to this League, having two good seasons and now a third. I was happy in Torpedo, and I was captain, I just knew all the imports were leaving and I knew that many guys seemed to like it here. I had some friends that played here before and they really enjoyed the coaching staff, the facilities here, the way they ran practices, and how they ran the team. They had won a championship two years ago, so I hope it continues and we can have another opportunity to win.” 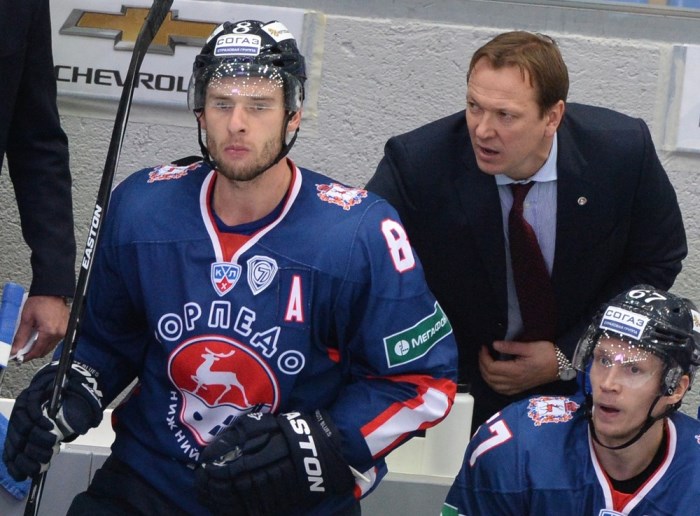 While negotiating your move from Torpedo to Magnitka, did you have any talks with the club’s coaches or management about your future role and your expectations?
“Yes, when I signed I knew they had a very good first line and it was going to be hard to play in that position. I knew I would probably be on the second line, but I thought it was a good opportunity to be on a good team and to have a chance to win every night. That is something important to me - I like to win. It is a lot more fun when you are in every single game and you are expected to win.”

So did the move to the first line come as a surprise for you?
“I think if you had asked me during the summer, I’d have said it would be a surprise, but not now. I think I played well. We seem to do pretty well together and it balances out our first two lines. It has been a good fit and now we have two lines that can score.”

Where did this understanding and chemistry come from? You were given new partners but it seems you have been playing together for many years.
“I don’t know, but I think it is a lot easier to play with good players. I think the chemistry seems to work when you are with players like Jan (Kovar) and Sergei (Mozyakin). They’ve played together for a couple of years and my job is just to work extremely hard, go get the puck, forecheck, go to the nets, and try to open up room for them. The longer we have the puck in Mozy’s hands, the better. Whether NHL, KHL – he is definitely one of the best in the world. As long as he has the puck, and Jan and I are trying to get open and working hard to get the puck when we don’t have it, then Mozyakin is going to create opportunities and score. 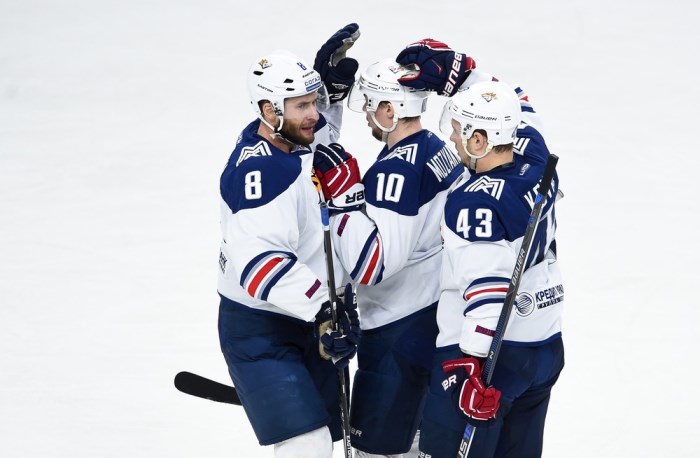 You came here to the KHL without any acclimatization period in Europe, so was it a very big transition for you?
“Yes, it is not easy to just uproot your life and move, not across a country or even a continent, but to the other side of the world. It was tough to get used to being so far away from family and friends, and to the time difference, and to the hockey. The culture in Russian hockey is very different to that in North America. At the beginning, it was tough but I found a good fit. I think you have to focus on the basics at all times. If you work hard, try and do the right things, and stay positive, then you can be successful in anything, anywhere.” 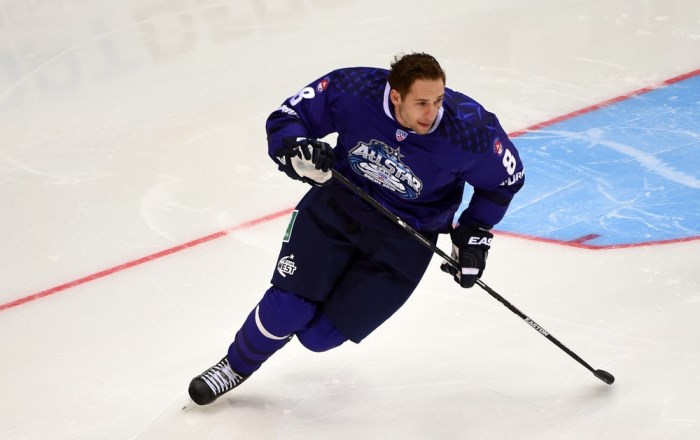 How about everyday life? You spent two years in Nizhny Novgorod, one of the largest cities in Russia. Now you are in a smaller, more remote city. How has Magnitogorsk been for you?
“It is great. Before I signed, I spoke with some North Americans that have played here, and they seemed to really enjoy it. You would not believe that when you hear about the city, how small it is, and how there is a huge steel factory across the street, but it has been really great. Most of our time is spent at the rink and the hockey situation here is great, so that helps a lot. Away from the rink there are some great restaurants, which really helps. As long as you have a good situation at the rink, good food, and good Wi-Fi - those are some of the things that make up most of your life, so they help.”

This is your third year in our League, so can you give us your impressions of Russia or other countries you have visited?
“I remember the first time I went to Vladivostok, taking a picture of my Google Maps, posting it, sending it to my friends, and showing them how far across the world we are and how close we are to North Korea. They were very surprised when they saw how large the country is. Going to Astana, Kazakhstan, was great. If you see movies like Borat, you might think of the country one way, but then you go there and it is nothing like that. I can only speak for Astana, but it is a really beautiful city. It was great to see all these different places: Zagreb in Croatia, Prague when Lev were in the League, and Bratislava, and I really like Saint Petersburg. Moscow is nice, but I prefer Petersburg.”

Is Moscow too hectic?
“It is very crowded and the traffic is bad, so yes, it’s a little tough It is a really nice experience to travel and see these places, but my main focus is definitely on hockey, always. That is what we are here for.”