Mat Robinson. Not playing for numbers

You are an offensive defenseman, which sounds like a contradiction in terms. How does anyone become one? Was it because you wanted to play up front but all the slots had been filled?
No, I always enjoyed playing in defense. I never played forward, growing up, and that was never an aspiration for me, but I do enjoy the offensive side of the game. I think it is very different for a defenseman to look at the game offensively than for a forward. To be an offensive defenseman, you have to be able to read when to go off in the play and when not to. You just see the game a lot differently.

So what is most important - your goals, your assists, or your defensive play?
It all matters. For me, personally, you know, my plus-minus is just as important as my goals. I think it looks bad if you have 40 points but you are -2. You have to take care of both sides or else it doesn’t even out; you can’t be good at one thing and not the other. Something I strive for is being good in all categories: defensively and offensively.

Looking at your career, it seems you have not tried too hard to get into the NHL. Just a year after graduating from your university, you headed off to Europe. Was it ever your goal, to play in the NHL?
Yeah, as with any Canadian kid, it’s a dream to play in the NHL, but I didn’t have the greatest college career or stats, so they were not really knocking on my door when I finished. I signed a two-way in the AHL / East Coast, coming out of college, and it wasn’t the greatest experience of my life. I decided it wasn’t for me. I knew that if I had gone back in any year, I would probably have had to sign again in the East Coast. It’s not somewhere I wanted to play, and I heard a lot of good things about playing overseas, so I thought, “Why not?” That led me here, and I’m pretty happy with my decision.

Does Europe suit you better in terms of playing style?
Yes. And even in college we had the big ice, so I’ve played on it for a long time now and it suits me. I like the game. It is fast and I get to move around a lot. There is not so much chipping off the boards and hack-and-whack as there is in North America at times.

You are not one of the huge, physical players, so are bigger rinks better for you in that respect, too?
Yes, probably. Size is something that is emphasized a lot in North America, so many good players can be overlooked because they’re not so tall and not so big. Over here, if you can play well, that’s all that matters. 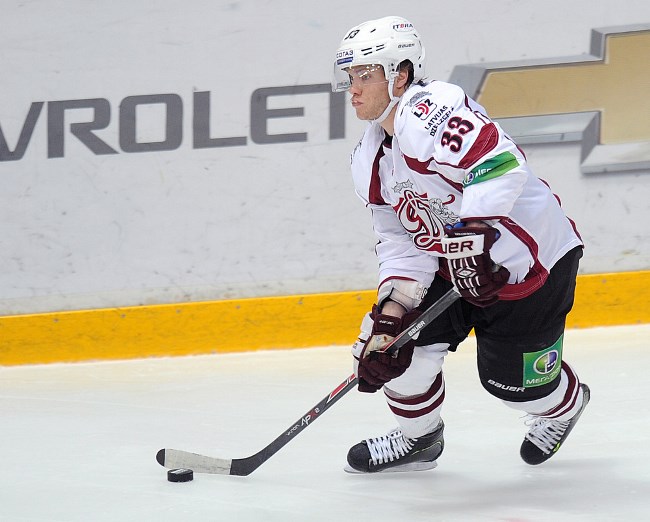 And after a while playing in Europe, you moved to the KHL.
Yes. I was in Norway for a year, then Sweden for two, and then I got the offer to join Dinamo Riga. I had heard about the KHL and everything it had to offer, so to play here was already a goal of mine when I came to Europe. I was more than happy to jump at the opportunity to go to Riga.

It was not a major transition, of course, moving from Sweden to Latvia, as they are quite close and very European, but then you encountered the vast territory of the KHL. What were your first, or most striking impressions as you first traveled around this huge league?
Yes, it was crazy just coming to Moscow for the first time. Right at the beginning of the year we played CSKA and Spartak - my very first couple of games in this league – and it was something else for me. I really enjoyed coming to this huge city and seeing what Russia is all about.

Of course, there is more to Russia than Moscow. What about the more remote destinations?
Yes, the trip out east to Khabarovsk was just as crazy as coming here. To go that far, to play in those places and to see some of the remote towns in this country is an experience.

And while based in Canada, you played in Alaska.
Yeah, I’ve been everywhere in all continents. I’ve also been in the bitter cold everywhere, Not only Alaska but Northern Alberta, which gets just as cold as most places in Russia.

So, now you are enjoying your best season in the KHL, although last year you had some injuries.
Yes, last year was unfortunate. I got injured a few times but I still did OK. This year we’re doing all right, but I wish the team was doing a little bit better. Hopefully, we can get some wins and catch up with some teams, because where we are right now is not acceptable. 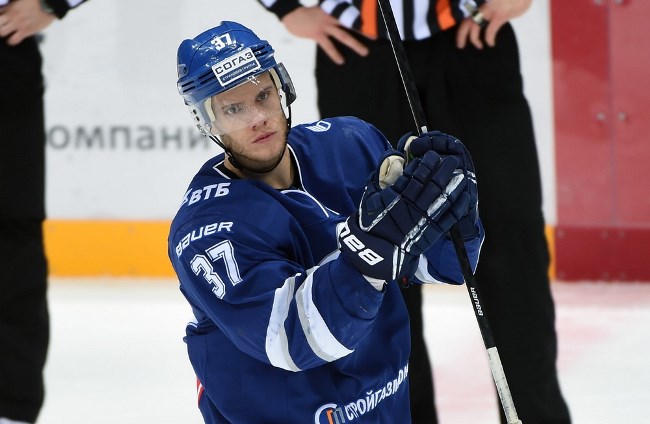 You are not doing too badly, surely.
Well, by Dynamo standards and our standards this is not good enough, so we have to do better.

Have you had to change your playing style in any way, or your role in the team, to adjust as the season progresses?
It depends on the team we’re playing, and on what role the coaches want from me. Against certain teams, the coaches might come up to me and say, “I want you to play up against their top line tonight,” so then you have to take more of a defensive role. You need to be more careful when you’re playing against the Mozyakins and Radulovs of this league. You’ve got to take a step back, keep playing defense, and not worry so much about putting the puck in the net.

So it is not a problem for you if the coach says, “Today, you’re not going forward.”
It’s no problem. I like the challenge of playing against players like that. It’s a lot of fun, and either way I still try to contribute on both sides. If it’s a powerplay or whatever, then I try to play a little offense, but if not, then I’m out against their best players and I’m going to be playing defense.

Many think this year has been the most unpredictable in the KHL history. Do you feel the same?
Yes, everybody is beating everybody and there are no easy games this year, which is a little unheard of for this league. Usually, the big clubs win the majority of their games, but this season it is kind of everywhere. It’s fun. It’s nice that there are no nights off, so you have to come, work hard and be a professional every day.

What are your expectations for the nearest future, as we say?
In the nearest future I just want to make the playoffs and go as far as I can. I want to win the Gagarin Cup, so that is my first goal. And I think, right now, we have the pieces in the locker room to do it, so we’ve just got to come together as a team. There are twenty-one games left so we find our game and start playing really well, and, you know that once the playoffs come, whoever gets hot can win.

Do you set yourself goals for your personal statistics, such as goals, points?
No, it’s not a numbers thing for me. It’s about trying to be at the top of my game. I want to contribute every single night, and not just have three points one night and then take five off. I want to be there every single game and that’s my goal. However many points I end up with doesn’t matter. Winning is what matters to me.