The first big derby to be played at Dynamo’s new VTB Ice Palace ended in a shoot-out victory for the home team following a 1-1 tie.

The Army Men struck first, taking a seventh-minute lead through Roman Lyubimov. That was unchanged until well into the third period, despite CSKA having the better of the shot count throughout the game and finishing with almost double the number of attempts on target. However, Alexander Yeryomenko was in no mood to yield, making 33 saves in game play and three more in the shoot-out.

And Dynamo eventually took advantage in the 49th minute when Konstantin Volkov tied the scores with his third marker of this season. CSKA still had chances to win it, notably in the final seconds when Yeryomenko, off balance, reacted smartly to deny Alexander Radulov a dramatic decider.

In the shoot-out it was Artyom Fyodorov who became Dynamo’s unlikely hero. Having been called up to the senior team from Balashikha, the 22-year-old forward had only found the net once in KHL action, scoring in his team’s defeat at Avangard last week. But he beat Ilya Sorokin with the first attempt of the post-game shots and that proved enough to take the points as Yeryomenko denied Dmitry Kugryshev, Radulov and Lyubimov, 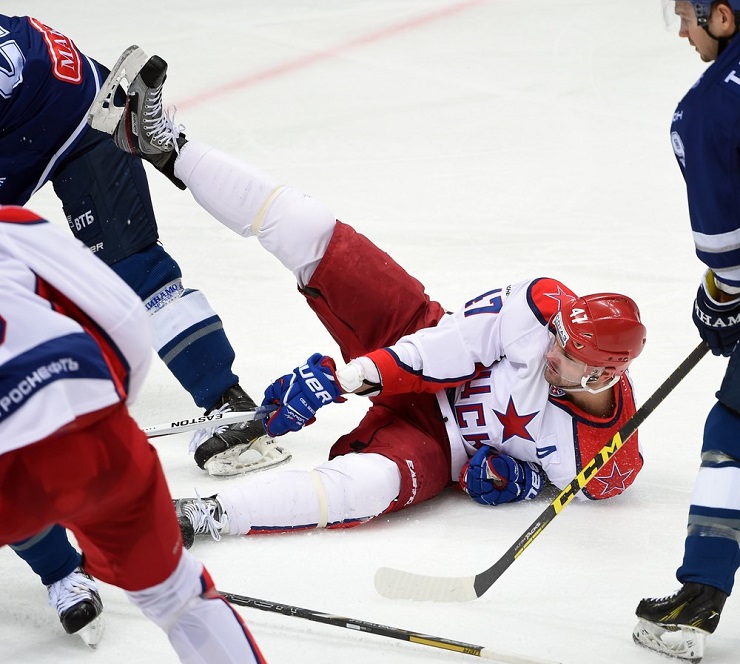 Avangard too strong for former coach

Milos Riha returned to Omsk for the first time since his spell behind the bench at Avangard – but he could not inspire his Slovan team to victory.

The in-form host took the initiative in the first period, scoring twice through Nikolai Lemtyugov and Alexander Perezhogin – a great return from just six shots on Barry Brust’s net.

Valentin Pyanov, who scored twice in the previous game, was on the score-sheet here as well. He ended up with 1+1 after his second-period strike; along with Denis Parshin he sandwiched Lukas Kaspar’s opener for Slovan.

The third period saw Perezhogin get his second of the night while Michel Miklik and David Skokan made the scoreline more respectable for Slovan.

Last week saw Jokerit beaten 3-1 in Finland by a stellar display from goalie Edgars Masalskis. On that occasion the Latvian was almost invincible, single-handedly stemming a tide of Jokerit attacks during two periods when the Finns did everything apart from score.

This time, though, it was a different story. Quick goals midway through the first period from Peter Regin and Pekka Jurmakka put Jokerit in complete control.

Alexander Bumagin got one back for Lada early in the second period, but any hopes of a recovery were stalled by Niklas Hagman’s goal on the half-hour mark. 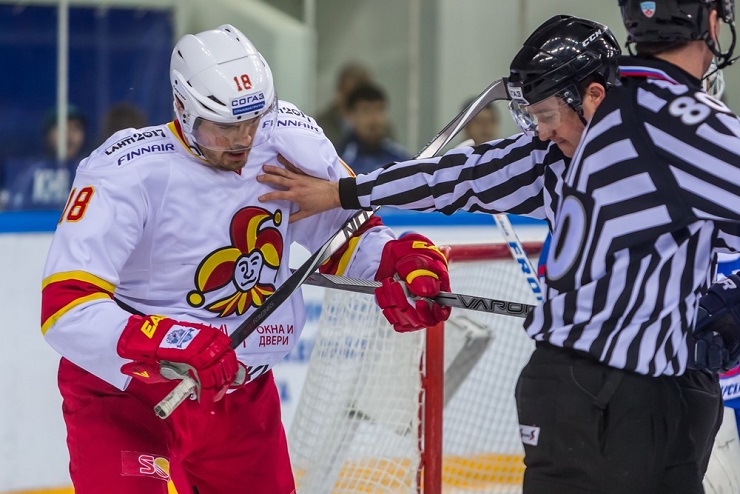 Two teams shared 12 goals in a prelude of the festive season, thrilling fans at the Bolshoy Dome in Sochi.

To start with it was all about the home team as Sochi powered into a 5-1 first period lead. Andre Petterson scored two for the host, with Mikhail Anisin on target; Linus Omark replied for Salavat Yulaev.

The game also saw two players get their first goals of the season: Vadim Shchegolkov made it 2-0 to Sochi before Mikhail Vorobyov started Salavat’s revival early in the second period. The 18-year-old forward, previously without a point in KHL action, also claimed his first career assist at this level in the third period, helping Alexander Nesterov pull the scores back to 7-4 in the 38th minute. Zakhar Arzamastsev reduced the arrears to two goals in the 56th minute, giving Sochi a nervy finish, but could not complete the recovery.

A hat-trick for Nigel Dawes and two goals from Vadim Krasnoslobodtsev powered Barys to a 6-1 win at home to Medvescak. Brandon Bochenski was the other scorer for the host, Andreas Jamtin got Medvescak’s only marker. Barys prevailed despite losing Damir Ryspayev in the third minute after he started a fight with Nathan Perkovich. Medvescak’s Blake Parlett’s evening also ended early when he was expelled for kneeing in the second period.

Dinamo Riga surprised Ak Bars with a 3-2 win in Kazan. Vitalijs Pavlovs got the game winner on the power play in the 54th minute. Earlier Tim Sestito and Andris Dzerins had cancelled out Nikolai Belov’s opener before Vladimir Tkachyov made it 2-2 just before the second intermission.

Alexei Makeyev’s sixth goal of the season snapped Vityaz’s long losing streak and handed the Moscow Region team an overtime win over Severstal. But while Vityaz stopped its sequence at 10 games, Severstal has now lost its last seven. Maxim Afinogenov and Teemu Eronen put Vityaz 2-0 ahead in the first period but Severstal tied it up through Nikolai Kazakovtsev and Igor Skorokhodov in the second. 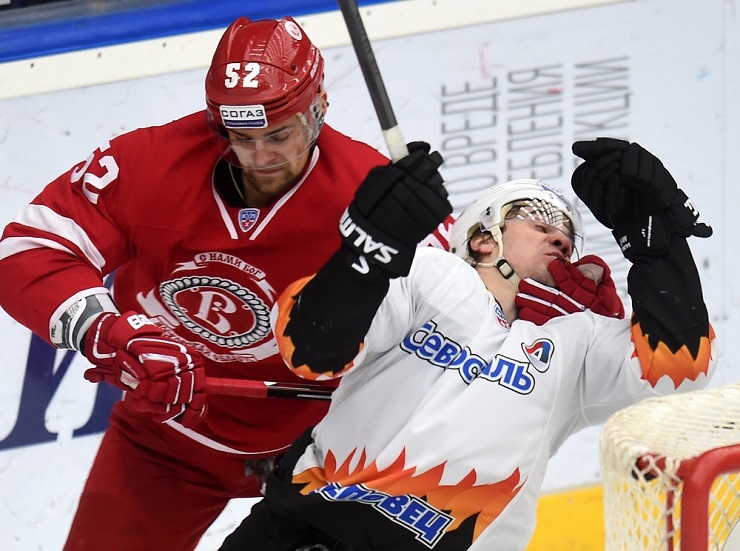