A memorial procession took place in Moscow on Tuesday to mark the first anniversary of the death of the legendary CSKA and USSR coach, Viktor Tikhonov.

Senior figures of domestic and world hockey, including IIHF President René Fasel, Russian Hockey Federation Vladislav Tretyak and KHL President Dmitry Chernyshenko, plus stars of hockey’s past, many of whom had played alongside or under the guidance of the beloved Soviet player and coach, attended the ceremony. They joined the great man’s widow, Tatiana, at the CSKA Walk of Fame to lay flowers before the stone plinth adorned with the bust of Victor Vasilyevich Tikhonov. 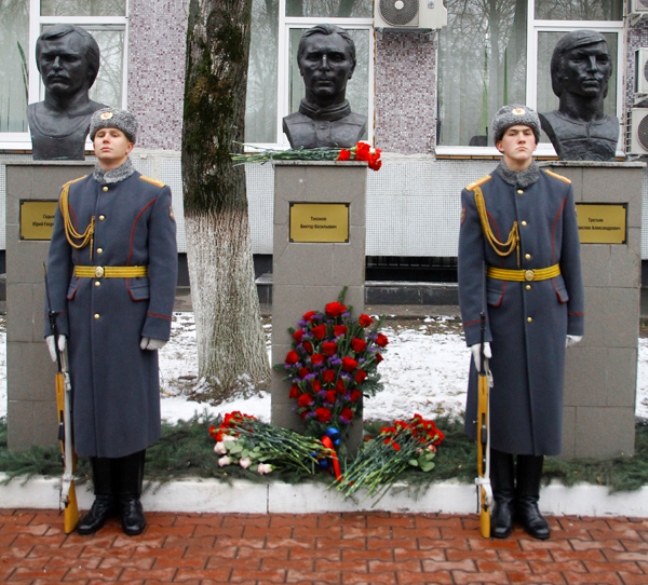 From there, the well-wishers proceeded to the Vagankovskoye cemetery for the unveiling of a monument dedicated to the man who, for several decades, brought fame and glory to hockey in this nation. 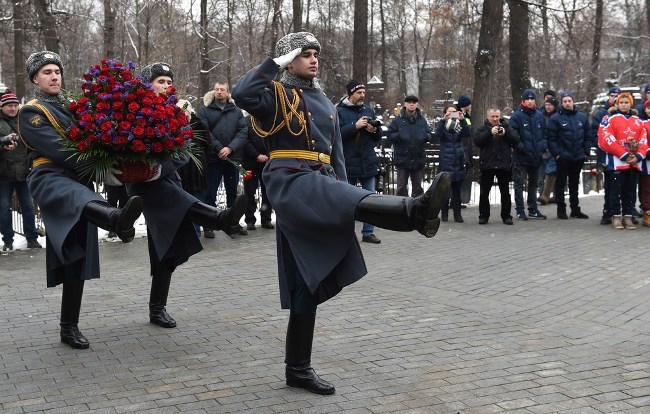 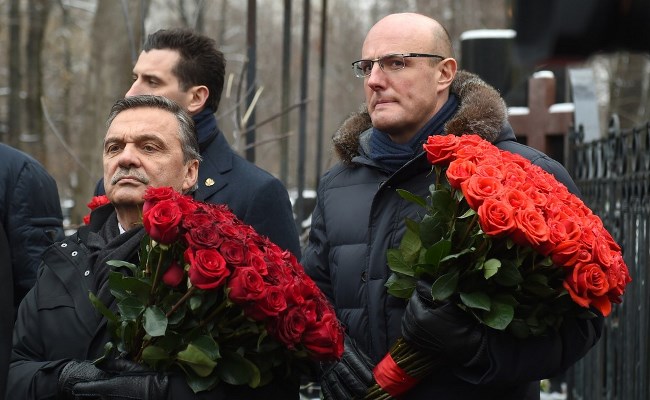 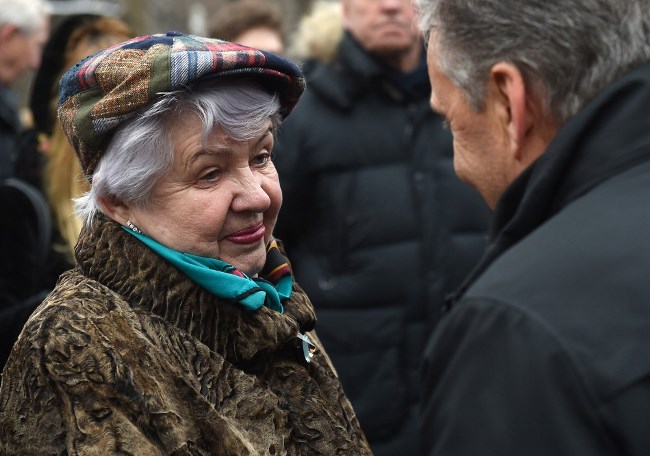 The stone memorial, designed by Tatiana, was sculpted by the master craftsman, Alexander Kukushkin, and incorporates a high double stele in the form of two hockey sticks. A third, lower stele is adorned with a circular portrait of the coach in front of the Russian flag. The image is coated in glass, and the reflective surface brings to mind a puck of granite – a fitting tribute to a man who never wilted or yielded an inch in the face of the fiercest tempests that fate could unleash. 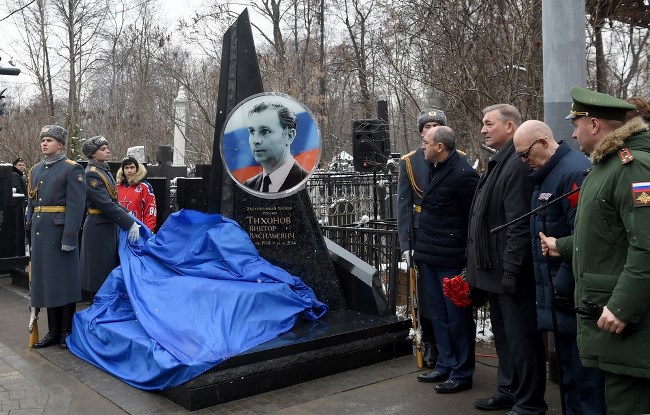 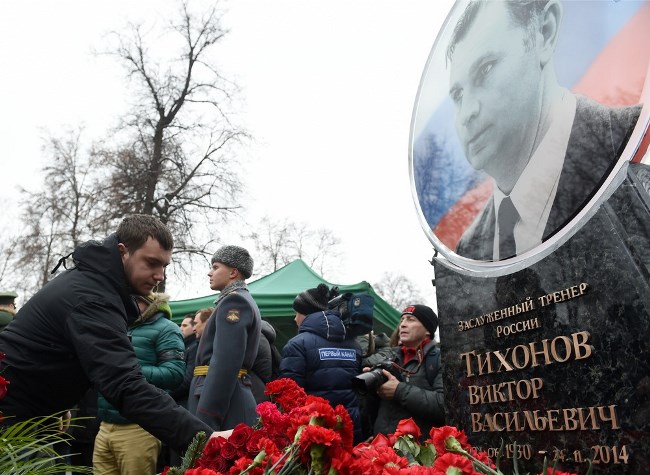