It is quite a long time since you first arrived in Chelyabinsk in 2010. Do you feel at home there yet?
“Yes, it’s nice. A great little city, where they love their hockey team and they treat us really well. It’s a great place to live; I really enjoy it there, and it’s a place I call home”.

We always compare Chelyabinsk with Canada, in terms of the passion for hockey. A lot of great players started out there.
“Yes, it’s a big hockey city. They are very passionate about it, they know the game, and they know the history of all those that have been players there. I think it’s the best town in Russia for hockey”.

Players often say that they don’t have enough time to see anything, apart from the hotel, their home and the arena, but after all these years you must have some favorite places.
“I’ve seen pretty much everywhere there, and as you know, in every city there are so many little places you don’t know about until you’ve been there a long time. There are great little restaurants with home-cooked food, and it’s always great to find new places and check out new little spots that you wouldn’t know if you didn’t live there, so it’s a lot of fun”. 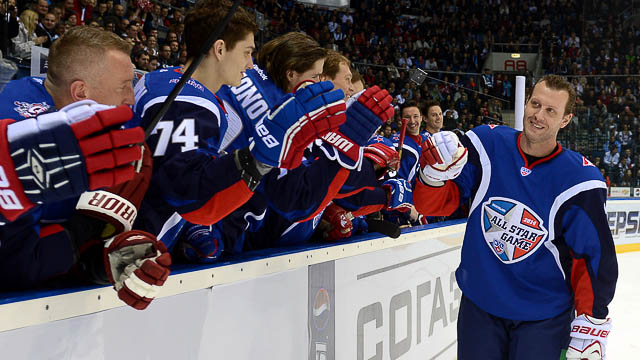 But you left the city for an entire season. It seemed to be an unhappy time both for you and the club.
“It was sad to go for that year, but I did love living in Moscow and just learning about a whole new city. And Moscow is one of the greatest cities in the world, so I enjoyed my time, but it’s always nice to go back home. I was excited to get back to Chelyabinsk and Traktor”.

Why did you leave after Traktor had such a successful season, in which they reached the Gagarin Cup final?
“I think it was time to go and try somewhere else, and I was really interested in coming to Moscow and seeing what Moscow life is all about. I just wanted a bit of a change, and I think the team was looking to go in another direction, too. It was a strange situation, and after a year away I knew where I wanted to finish my career”.

You have worked with many different coaches, and your first one here was the great Russian coach, Valery Belousov. Now, of course, you have a young coach – Andrei Nikolishin, who is almost as young as you are. What are your thoughts on the coaches?
“I’ve learned that coaching isn’t as easy as I previously thought. I’ve just been watching Niko go through all he’s had to go through, with a younger team and a new system, and it’s been tough for him. I remember him as a player in Chelyabinsk, we played together for Traktor and I know what kind of person he is. He wants to win and really wants to do his best, but we, the players, have really struggled this year and it’s been tough watching him try to figure out how to get us winning and to get us going. I think he’s done a good job and it’s been a tough situation for him”. 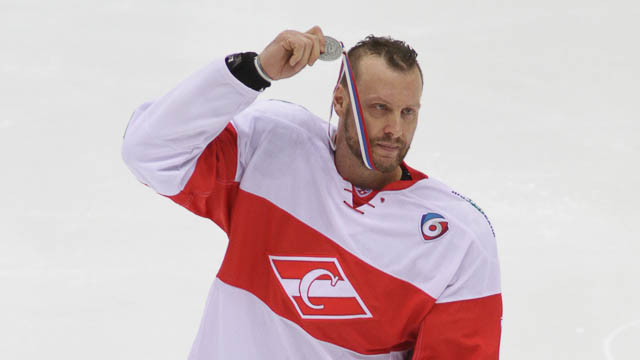 So is he an example who inspires you, so that maybe, one day, you will decide to be coach?
“I think I’d like to stay in hockey and be a coach. It would be a great opportunity, but it’s a lot of pressure. As a player, you have nineteen other guys helping you every night, but as a coach you’re kind of on your own a little bit. It’s tough, for sure”.

And what did you learn from Belousov? Can you tell us something about him?
“He was a great man and a great coach. He knew every player on the team. He knew what the players needed, what motivated them. He knew the game, and he was just an all-round great human being. I’m very lucky to have played for him for three years. It was a great experience. He’s one of the greatest coaches I’ve ever played for, and one of the greatest coaches I’ve ever seen. I cannot say enough good things about him, as a human being or as a coach”.

You have seen many changes in the KHL over the years, so what are your overall feelings about the League and its development?
“I think, all in all, it’s a great hockey league. Of course, they have had some ups and downs and some bumps in the road, with some good teams leaving and some players not getting paid, but all in all, I think they’ve done a great job. There is the expansion into Europe and to places like Kazakhstan, where they have great teams. In all, I think you have done a fantastic job in hockey, and I think the League is second only to the NHL, and far better than the others. It’s been a great experience for me, and I couldn’t be happier that I’ve had the chance to come here and play”.