Larsen and Olimb head for Helsinki 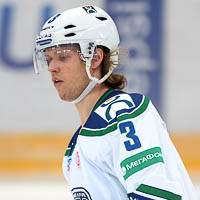 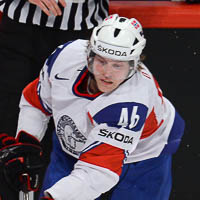 Jokerit of Helsinki has strengthened its roster with the addition of two imports from neighboring Scandinavia.

In comes Danish defenseman Philip Larsen (right), who spent the previous campaign in the colors of Ugra Khanty-Mansiysk and finished the 2014-15 regular season with 25 points (6+19) from 56 games.

Joining him is Norwegian forward Mathis Olimb (left), who enjoyed an impressive season with Frölunda in the Swedish Hockey League last year, recording 46 points (7+39) in 51 regular championship games and adding 6 points (1+5) during 13 outings in the play-offs. Olimb also contributed 8 assists in 7 appearances for his country at the recent World Championships.

Larson has signed a one-year contract with the Helsinki club while Olimb has been given a two-year deal.
#transfer