Russia’s World Championship dream was wrecked by Canada in a one-sided final that made it hard to pick out positives for the national team.

Nothing went right on the night in Prague, and Oleg Znarok’s men found themselves on the wrong end of a painful 6-1 scoreline against a stacked Canadian roster that powered its way to a gold medal with a string of dominant performances throughout the tournament. 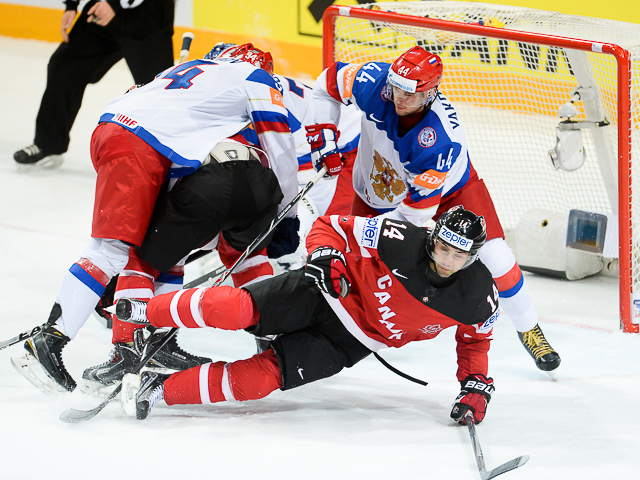 The problems began even before the puck was dropped – Canada’s head coach Todd McLellan later said Russia’s pre-game stare down motivated his team rather than intimidating. On the ice a couple of big missed chances in the first period were followed by an overstretched defense struggling to contain a rampant opponent. It all added up to a tough night for Russian hockey fans.

But even as the inquest starts, there were some bright spots from the competition.

First, as Znarok said in his post-game comments, silver is still a medal. Russia always aims for gold at these events, but disappointment at losing in the final should not detract from some of the good performances seen in Ostrava and Prague. The 7-0 demolition of Belarus, the determination to outlast Slovakia, the finishing masterclass that saw off the USA in the semi-final – these should not be overlooked in the anguish of defeat, especially not when defeat came against a Canadian team that is, by any measure, exceptional.

Second, if some of the big-name NHL players didn’t quite deliver – goalie Sergei Bobrovsky excepted – there were encouraging signs elsewhere on the roster. Artemy Panarin looked entirely at ease at this level and could by on the cusp of a successful career on both sides of the Atlantic as he prepares to swap St. Petersburg for Chicago. His SKA team-mates Evgeny Dadonov and Vadim Shipachyov also showed bright signs that they can recreate that lethal offensive line on the international stage. If that troika is available for a reunion in Moscow next year, hopes will be high that they can lead the team to victory on home ice. 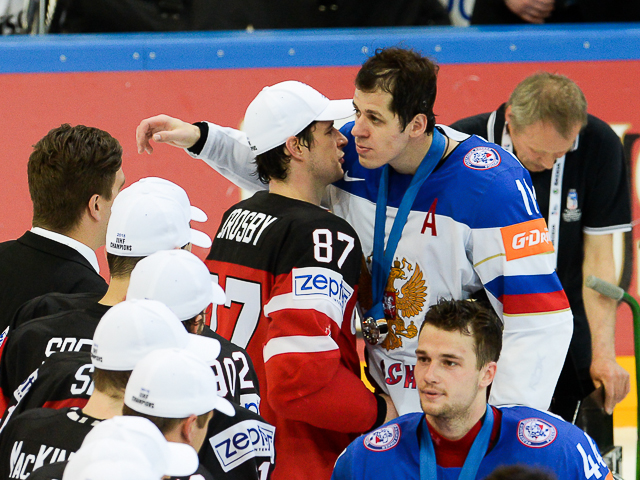 Third, the silver lining to the injury crisis that laid waste to Russia’s defense comes in the form of irreplaceable experience for players like young Andrei Mironov. The Dynamo Moscow man might have endured a torrid conclusion to his rookie Worlds, but his rapid elevation from squad member to major player will surely help him grow as a player. Alexander Ovechkin said much the same after the final: “It’s great for us that our young players got out on the ice against people like Crosby, Giroux or Burns. They got some great experience and life goes on. We’ll keep moving forwards.”

The fourth highlight is a slightly surprising one. Sergei Mozyakin is hardly an unknown quantity or an emerging star, but his 12-point return from 10 games in the Czech Republic is comfortably his best performance for the national team, almost doubling his career World Championship points tally. More of that from the Metallurg Magnitogorsk man next year would be a huge boost to Russia’s bid to win at home.

Of course there are lessons to take away from Prague, and the process of building a team capable of lifting the title in Moscow this time next year is already getting underway. The key to winning lies not in never hitting setbacks, but in reacting to them in the right way.