Granak – Znarok is the best coach I’ve played for

When Russia takes on Slovakia on Sunday evening in Ostrava there will be plenty of familiar faces lining up for the opposition. Vladimir Vujtek’s roster draws heavily on the KHL and the coach himself is well-known to Russian fans after his spells behind the bench at Lokomotiv and Dynamo.

But there’s one player on defense for the Slovaks who is especially close to the Russian national team. Dominik Granak spent four seasons at Dynamo Moscow, twice lifting the Gagarin Cup under the guidance of current Team Russia chief Oleg Znarok. 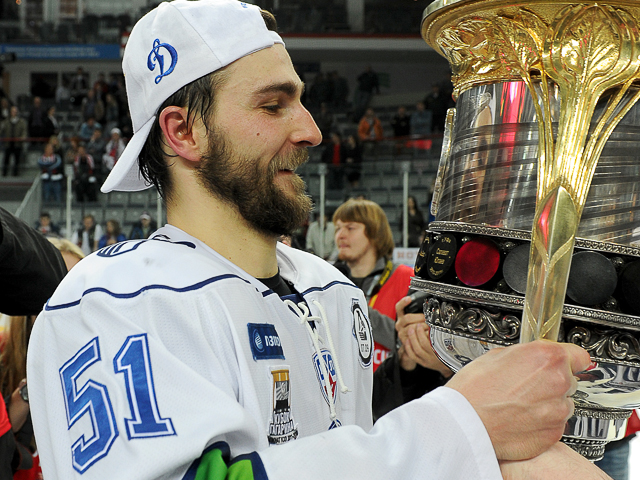 After an injury-disrupted season in Switzerland, he’s back in action at the World Championship and has been a reliable figure on his country’s blue line. And now he’s determined to put one over his old boss and steer Slovakia into the last eight.

“We all know that we have to win, we can’t drop any more points,” Granak said after a 0-3 reverse against Finland left the Slovaks three points adrift of fourth-placed Belarus with two games to play.

“I’ve got to know pretty much everyone involved with Team Russia, and I know their coaching staff really well. I can’t really say if there are big similarities between Russia and our title-winning Dynamo teams, but I can say that Oleg Znarok is the best coach I’ve had in my career. I know all too well what his teams are capable of.”

Granak and his Slovakia team have enjoyed terrific support in Ostrava, a town just 50km from the Czech-Slovak border that has been unofficially reunited with Czechoslovakia for the duration of the competition. And the defenseman also has happy memories of playing here 11 years ago in his first ever World Championship.

That year a strong Slovak roster was agonizingly close to a medal, missing out on bronze in a shoot-out against the Americans after suffering a slender 2-1 defeat to Canada in the semis. 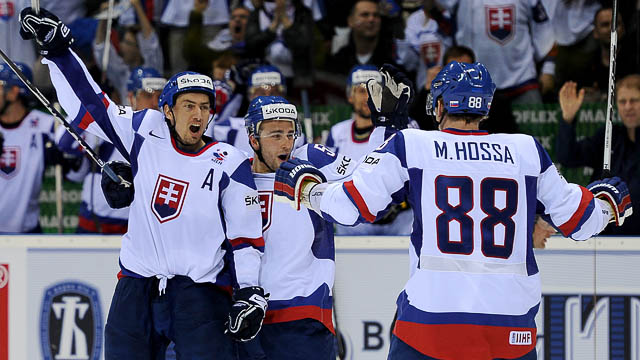 “That was a really strong generation of Slovak hockey players,” Granak recalled. “It was great fun to be part of and actually it seemed to be pretty easy at that time to come into a team as strong as that one. We had so many leaders back then, it was great to be on that team.

“Being a defenceman it was all about Zdeno Chara. Of course he's totally different compared to me, he's such a big guy, but he's 100% professional all the time and that was something I looked up to when I joined the team.”

While Granak is focused on helping Slovakia try to repeat that triumph, he hasn’t ruled out the possibility of returning to the KHL in the future.

“Playing in Russia was a lot of fun and I was very lucky to play for a successful team like Dynamo, that made it much easier,” he said. “I have so many friends in Russia and yeah, I miss it sometimes. I’d be happy to come back again if I got the chance.”

Russia faces Slovakia on Sunday at 2115 Moscow time, looking for a win that will keep it top of Group B.