Born in the KHL

Plenty of World Championship games have been won by the performances of players from the KHL – but the USA vs. Finland game that opened proceedings in Ostrava was a unique example. For the first time an American team saw players from Europe’s top league play a decisive role in victory on the international stage.

Jokerit’s Steve Moses – in direct confrontation with three of his Jokerit team-mates on the Finland roster – and Neftekhimik’s Dan Sexton came up big on the night, emerging as architects of USA’s 5-1 win against a one of its biggest Group B rivals. 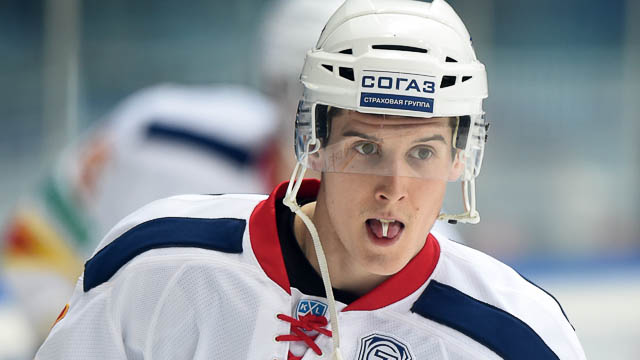 Moses opened the scoring in the last minute of the opening stanza with a fine goal. Brook Nelson’s drop-off pass was slightly behind the Jokerit hitman, but some nifty footwork got the puck under control before he lifted a back-hander off the underside of the bar and beyond Pekka Rinne.

Then Sexton took control in the middle session: after stripping an opponent of the puck in center ice his surge and shot was too hot for Rinne to handle and Matt Hendricks swept the loose puck into the net to reinstate the American lead after Jyrki Jokipakka tied the scores with a vicious shot from the point.

Sexton hit the net himself in the 35th minute, touching home a Hendricks shot from close range to make it 3-1 and early in the third Moses fired in a shot that went through Rinne for Nick Bonino to tap in. Hendricks added an empty-netter late on; the only USA marker with no KHL involvement.

Neftekhimik fans could be thrilling to Sexton’s skills again next season: the forward said it was “50/50” whether he would extend his time there or return home to America and spoke warmly of his experiences playing in Russia. 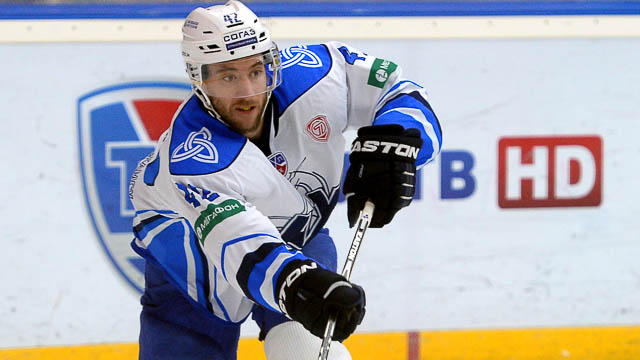 “Right now I’m still in negotiations with the club,” he said. “They’ve treated me very well and I really enjoyed my time there from top to bottom. When this tournament is over I’ll decide about signing in the States, but if the situation is right I’ll go back to Russia. Neftekhimik has been very fair to me; the organization has given me time to make my decision.”

Moses has already confirmed a move back to the US, signing with the NHL’s Nashville Predators. Fans of the Tennessee club watched with interest as he scored that blistering goal on his future team-mate Rinne, while he faced three former Jokerit team-mates – Juhamatti Aaltonen, Atte Ohtamaa and Topi Jaakola – in Friday’s curtain-raiser. “I’ll remember this game for a long time,” the winger said in the mixed zone. “It was great to play against a top goalie and a future team-mate like Pekka, and then there were my friends from Jokerit. I was thrilled to play against them – and maybe gloat a little after the game!”