See the Stars of Tomorrow on KHL TV!

From the 25th to the 29th of April, 2015, Saint Petersburg and Omsk will jointly host the IX Gazprom Neft Cup, Europe’s biggest international hockey tournament for children under 11, and as KHL TV is the tournament’s permanent information partner, the channel will be treating its viewers with live coverage of all the main games between the stars of hockey’s future. 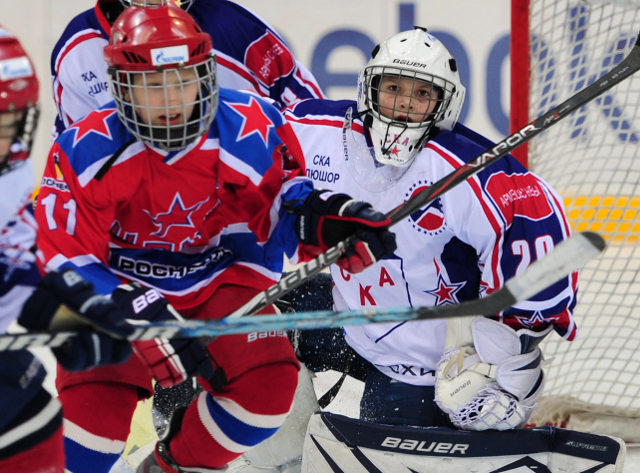 Viewers will also be able to watch the opening ceremony, with its spectacular multimedia show providing the perfect curtain-raiser before the first game in Group West at the Saint Petersburg Ice Palace, plus the climax of the tournament – the Award Ceremony following the Super Final in Omsk, including the presentation of the major trophy, the Gazprom Neft Cup, to the champions.

There will be simultaneous broadcasts in high definition on the KHL TV HD Channel.