Following their historic victory at Kazan in the Gagarin Cup, SKA players returned to Petersburg at around midnight last night to find that several thousand fans had braved the cold night air to give them a heroes’ welcome at the airport. 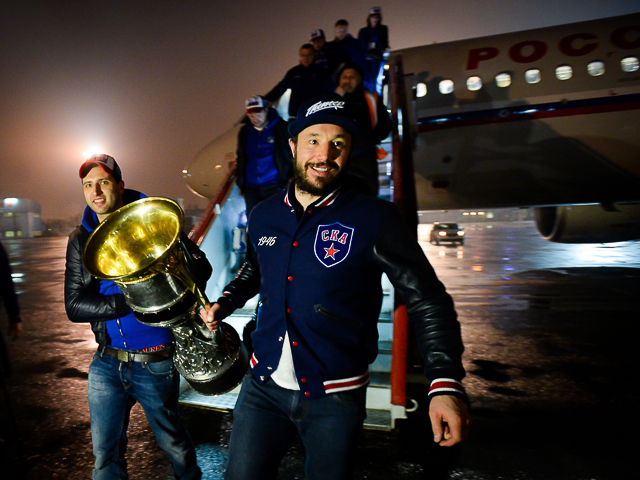 As the new champions stepped onto the asphalt they were greeted by the deafening chant, “The Cup is ours!” The more fervent fans began arriving a full 90 minutes before their team was due to touch down, but judging by the non-stop singing, the long wait did nothing to dampen their spirits. 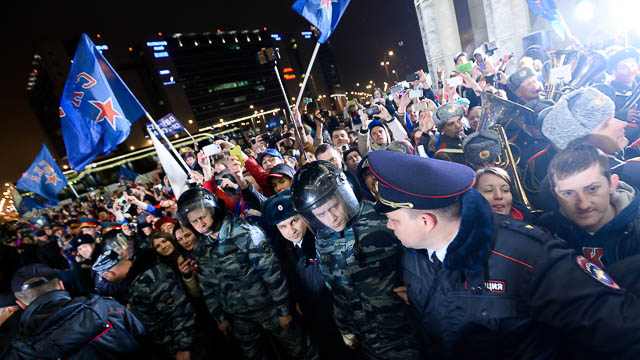 After alighting from the plane, the players stopped for a few words with their exuberant supporters before boarding the team bus and heading home to continue the celebrations with their nearest and dearest. 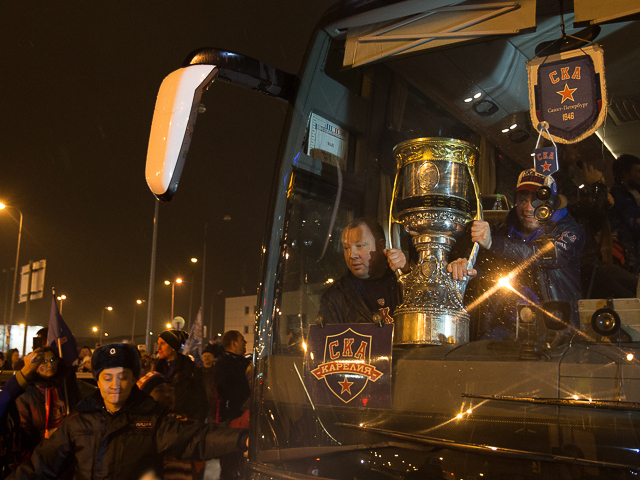 The SKA faithful were serenading the team with a chant of, “Thank You!” which continued right up until the moment the bus disappeared from view. 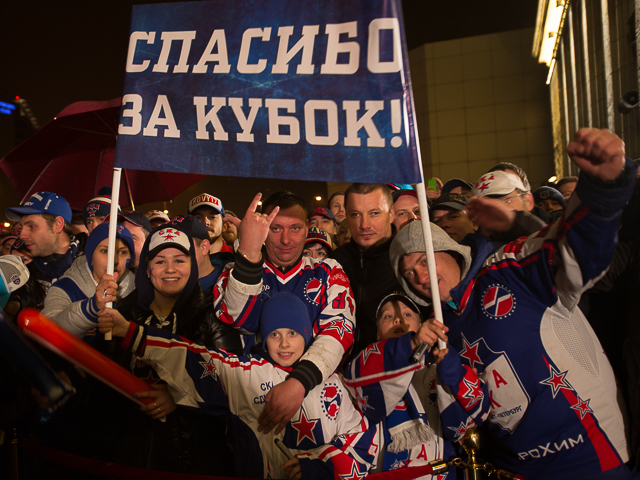 Many more pictures of the celebratory scenes in Saint Petersburg can be found on the KHL Photo Agency website.
#Gagarin Cup
Share
Прямая ссылка на материал