SKA wins the Gagarin Cup – what they said

SKA St. Petersburg celebrated winning the Gagarin Cup for the first time in its history as tributes came in to the expert guidance of head coach Vyacheslav Bykov and his colleagues. Bykov, the latest high-profile coach charged with turning an expensive roster into a championship-winning one, was widely hailed as the difference between this season’s winners and the disappointments of previous years. 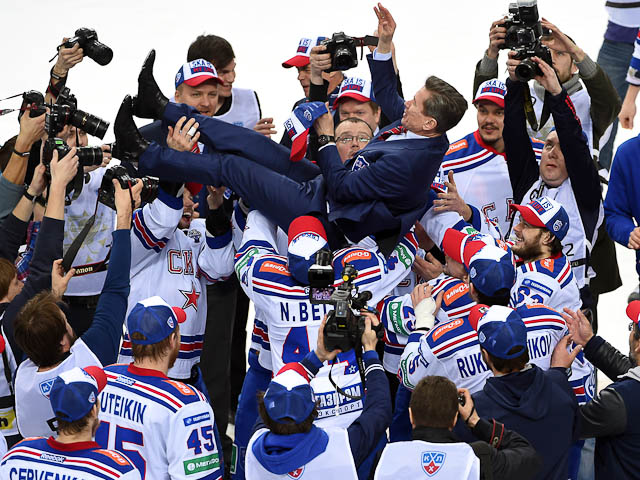 Ilya Kovalchuk, who had two goals in Sunday’s 6-1 demolition of Ak Bars, was among many to applaud Bykov & co. “I’d like to thank the organization for bringing in Vyacheslav Bykov and our coaching team of Igor Zakharkin, Nikolai Borshchevsky, Sergei Zubov and Maxim Sokolov,” the forward said. “It’s a real family and we’ve been a tight-knit team all season. Our directors flew with us to every game in the play-offs and we all shared in making the locker room into a family home. That really played a big role; we’ve not had anything like that at SKA before. Now we’re heading back to Piter to celebrate!” 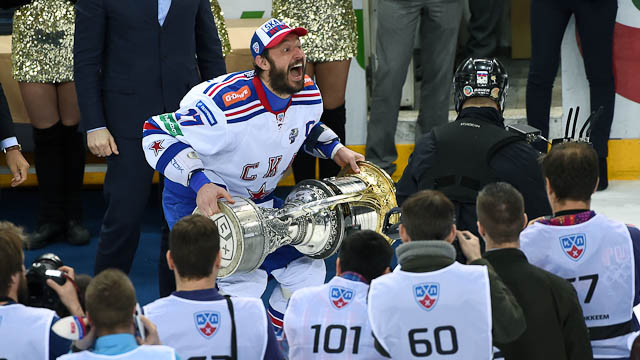 Kovalchuk was named as MVP for the play-offs after finishing with 19 points (8 goals, 11 assists), although he later passed the award to Evgeny Dadonov, who set a post-season record with his 15 goals. But it wasn’t so much the quantity of Kovi’s scoring as the importance: with the team under fire and on the brink of defeat against CSKA, the captain embarked on a five-game streak where he was in the points and helping to lead an unprecedented turnaround. And against Ak Bars in the final he made a big contribution in the last two games with a hat-trick of assists in Game 4 and two goals – including the game and series winner – in Sunday’s decisive triumph. 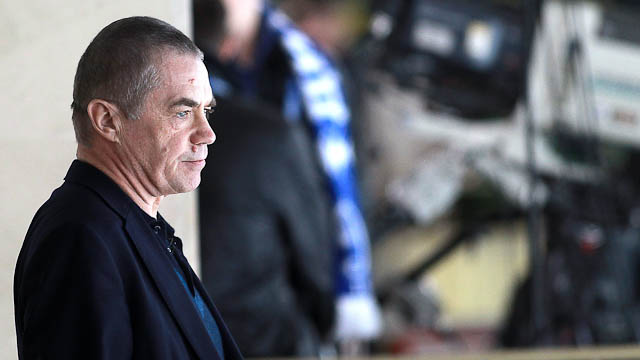 SKA has had a reputation in past seasons of changing the coaching staff at the first hint of difficulties – one season memorably saw Milos Riha fired the day after his team climbed to the top of the league table. But Alexander Medvedev, former KHL president and still on the team’s board of directors, insisted that Bykov’s job was never under threat. “It sometimes happens that a team fires a coach when it’s been in first place but we never even considered that,” Medvedev said. “It was tough, but we knew SKA was going to win. People wrote us off, saying that Dynamo was favorite, or Ak Bars, but here’s our answer. This team made history.” 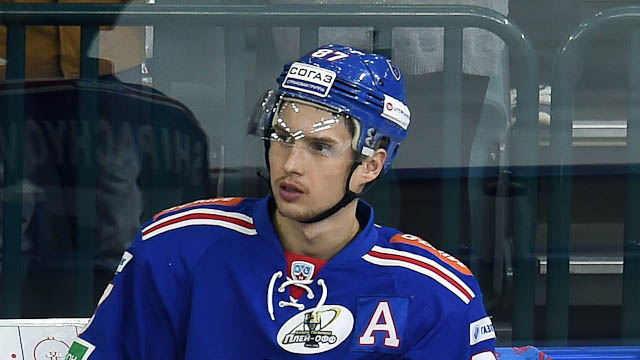 Forward Vadim Shipachyov finished as the leading point-scorer in this year’s play-off with 22. But after his team’s 4-1 series success over Ak Bars he dismissed suggestions that final had been one-sided. “From the outside, maybe it all looked fairly simple but Kazan has a good team and they fought to the end. They deserve a lot of respect as well. But we won and it feels great! Everyone is celebrating,” he said.

Defeated Ak Bars head coach Zinetula Bilyaletdinov also applauded SKA for its performance, but added that he was satisfied with the outcome of his first season back in the domestic game after his stint with Team Russia. 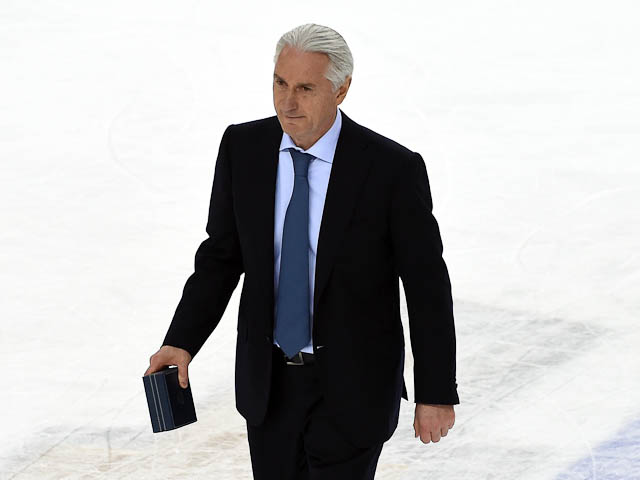 “In the final we didn’t face a poor opponent,” he said. “SKA is a strong team in general, and in some areas it is very strong. We couldn’t solve that problem and that shows our shortcomings. We need to understand how to play with an opponent like that.

“But I think getting this team to the final is a good performance, but I can’t say we achieved everything we could. We might still have played better.”

Bilyaletdinov acknowledged that the team’s disastrous start to Sunday’s game proved fatal, but refused to point the finger at goalie Anders Nilsson despite pulling him when the score reached 1-5. “Few people would have expected a start like and I won’t say a word against Anders Nilsson. We hoped he was still on a hot streak, but in the end we needed to change.”