Sibir guaranteed top spot in the Chernyshev Division with a 4-2 home win over Salavat Yulaev – and moved to the top of the Eastern Conference as the regular season hits the finishing straight.

The Siberians are currently tied on 111 points with Ak Bars, although the team from Kazan has one game in hand.

Sibir didn’t have it all its own way in this game, however. Salavat Yulaev took the lead through Anton Slepyshev in the first period, and it was 2-2 after 40 minutes. A Kirill Koltsov goal cancelled out home strikes from Igor Ozhiganov and Dmitry Monya.

But Monya got his second of the game early in the third to give Sibir a lead that proved decisive Alexei Kopeikin completed the scoring late on. 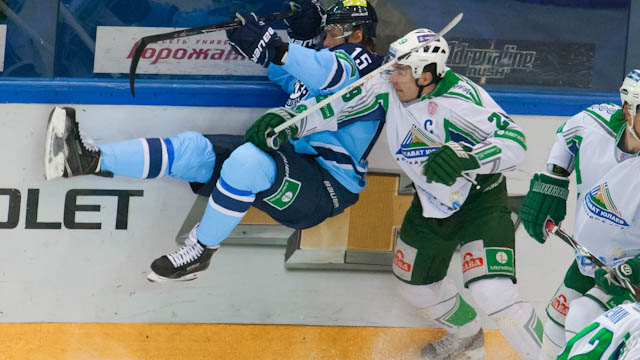 Kucheryavenko helps Vityaz to victory
Two goals from Alexander Kucheryavenko paced the Vityaz to a 3-1 success over Medvescak in a clash between two teams whose play-off hopes are already over. 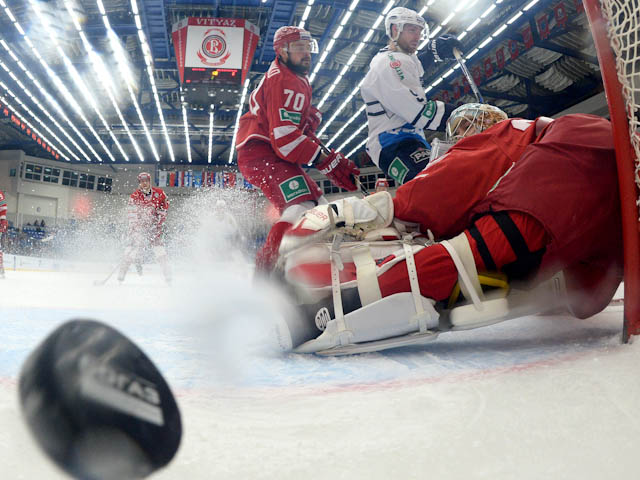