The new KHL President, Dmitry Chernyshenko, has held a two-day meeting in Sochi with the top management of the League’s clubs, and he gave his summary of the wide range of issues discussed at the gathering. 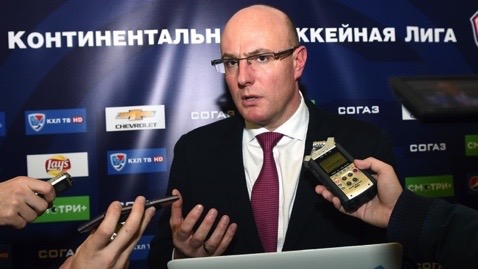 “The most important factor in this meeting between the leadership of the Kontinental Hockey League and the representatives of its clubs is that everyone can discuss openly, without any pressure, all the internal developments, problems and challenges that we face. As the new President of the League, I have been given the task by the KHL Board of Directors to produce by February a new strategy for the development of the League. The KHL is a formidable, well-developed product, so we are not in a situation where we need someone to come to our rescue. The question is how we make the product even more exciting and attractive, and we must work to the principle that a strong League equals a strong national team. For us, this is not some populist slogan. We are fulfilling an absolutely vital mission, one which is acknowledged to be of great importance to the nation. We are fully aware that the KHL is a commercial enterprise, and success depends on the success of our national team. And all the prestige earned by our hockey will be down to what we can achieve together. We have agreed to hold these meetings regularly. The strategic gathering was preceded by a detailed survey among the clubs, whose representatives painstakingly replied to our questionnaires, and in every aspect we were aided by the official viewpoints of the clubs. The agenda of this meeting included some input on every subject, and each gave rise to much discussion. I would not want cite specifics, but the adoption of a strategic vision, one which will be divided into separate areas, rests with the Board of Directors. To achieve each objective we will create a road map. Obviously, within the overall strategy, marketing and communication strategies will be developed, and these will lead to a top class promotion of the League. With the help of the media, we need the country to regard hockey as the number one sport, and we must ensure our stars are recognized far outside the community of hockey fans. Since the League is designed to meet the interests of the clubs, it is vital for us to see how those clubs operate, to listen to their concerns, and to understand their expectations.”

“With regard to the schedule, the meeting analyzed the calendar for the 2014-15 season. The clubs express their desire to keep the basic principle of the competition, namely that each team plays against all the others, and with additional games between divisional rivals. However, there were differing views regarding the timing of the start of the season, and as yet, no firm decision has been made regarding whether we should begin the Championship in August or September. To create a schedule for next season means meeting a multitude of criteria, but the most important of these is the interests of the national team, ensuring it has a wide enough "window" for preparation before its games.” 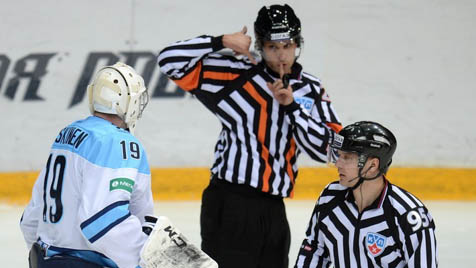 “We devoted considerable discussion to refereeing. It is good that trust in our officials is high, and a lot of hard work has been done in the department. The statistics tell us that the professionalism and quality of our officials is rising, and the League is committed to continuous improvement in the quality of refereeing. We want fewer mistakes by referees and linesmen and fewer injuries to players, and this is bound to make the games more attractive. We will look at separating the refereeing department and the inspectors, as well as the creation of an independent inspectorate which would report directly to me or the Board of Directors. Of course, we can never completely eliminate the human factor, but this is part of what makes the game so fascinating.”

“We are closely monitoring the possibility of two famous but absent clubs, Spartak and Krylya Sovietov, returning to the Championship. We have reason to be very optimistic, but until we receive all the official documentation and financial guarantees it would be unwise to comment any further. Every club must meet all the criteria set down by the League regarding funding, the stadium, and so on. Conversely, there has been a lot of speculation about Atlant being expelled, but the club continues to fulfill all its obligations, and we have received no official notice of any withdrawal of funding. We hope that everything turns out fine at the club.”

“The League is closely monitoring the situation regarding salaries. While opinion is still divided regarding the merits of salary ceilings and salary floors, for the current season we will adhere to the existing rules set down in the regulations. However, all the clubs agree, and moreover, have signed an agreement to the effect that the players' salaries are not to be index-linked to any foreign currency. It is extremely important that the clubs fulfill the obligations in existing contracts, and that they do not panic and set off some kind of domino effect. This was a demonstration of unity and understanding from all the clubs regarding the challenges they are facing.”

“I would like to add that the League’s financial situation is stable, and we calmly monitoring the current economic situation. The season will finish on schedule.”

“The discussion also turned to marketing, and we believe the finest examples for all clubs to follow are those set by SKA Saint Petersburg and Dinamo Minsk. Our main asset is entertaining hockey, and I see huge marketing potential in our League. As the KHL yields more funds from marketing activities, more money will be distributed among the clubs.” 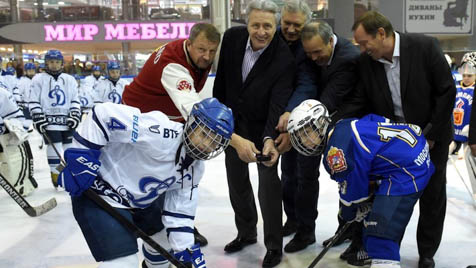 “And the final question on the agenda was the vertical structure of the KHL. We believe this is the ideal variant, and we already have many fine examples of many age groups playing under a single club umbrella, a pyramid, in which new players can move up from the base - a children’s team, to the MHL, then the VHL and finally the apex – the KHL. For our vertical structure to work, it must be cost-effective and attract the finest hockey talent, but the structure is already a success and we are determined to develop and improve it.”