The hockey world is today mourning the death of legendary coach Viktor Tikhonov, who passed away overnight in hospital in Moscow. 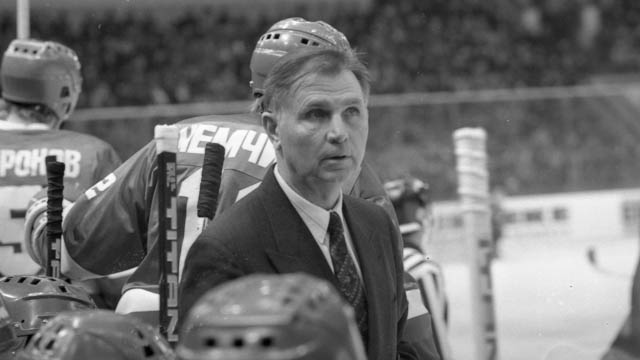 Tikhonov coached the Soviet Union’s ‘Red Machine’ when it was the greatest hockey team on the planet, winning Olympic gold in 1984, 1988 and 1992 and lifting the World Championship on eight occasions between 1978 and 1990. He also coached team USSR to victory in the 1979 Challenge Cup and the 1981 Canada Cup tournaments, pitting his team against the top pro stars of the NHL at that time.

As a club coach he started at Dynamo Moscow before becoming head coach of Dinamo Riga. Here he was credited with creating the ‘four-line’ system of hockey almost universally adopted in today’s came. He left Riga to take the reins at CSKA, creating an invincible team that won 13 consecutive Soviet championships from 1978 to 1990. 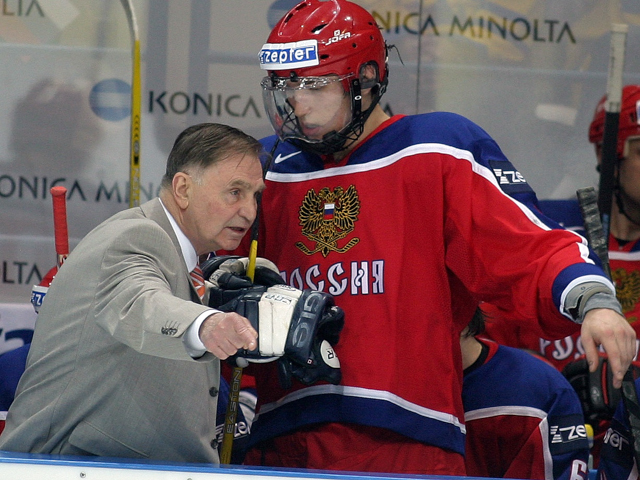 Tributes have been pouring in from many of Tikhonov’s former colleagues. Vladislav Tretyak, president of the Russian Hockey Federation, suggested that a lasting memorial should be established. “We should think how we can pay tribute to Tikhonov, whether it is possible to establish a tournament in his name,” Tretyak told R-Sport. “People like Anatoly Tarasov, Arkady Chernyshov and Viktor Tikhonov, should never be forgotten. This is our history, and if we forget our past what can be said? Viktor’s name is forever inscribed in the history of Soviet and Russian hockey. We must cherish that name.”

Boris Mayorov, currently vice-president of the Russian Hockey Federation, recalled: “He and I were friends. We shared the same views on hockey, on how to develop the game and the players. This is a very great loss. Tikhonov, like [Anatoly] Tarasov and [Arkady] Chernyshov, was a shining light in the history of our game. He devoted himself entirely to hockey; he thought about it and worked on it 24 hours a day. He was a wonderful person and it is a great pity that he is no longer with us.” 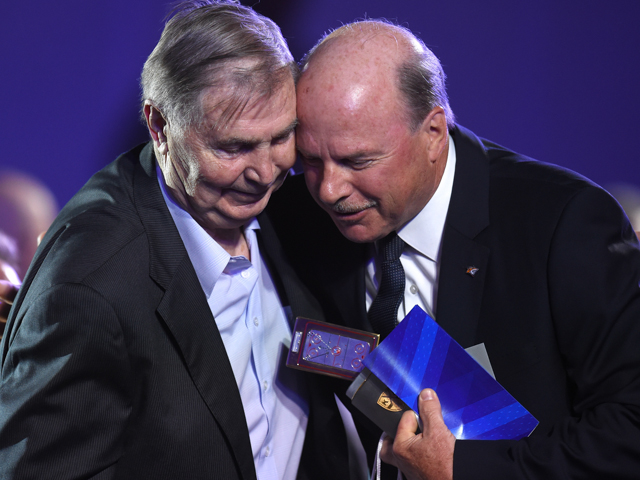 Boris Mikhailov, who played under Tikhonov for the USSR in the late 70s, said: “His name will always be associated with the ‘Krasnaya Mashina’, the ‘Red Machine’, as we called the Soviet team. This is a great loss for hockey and for all sports. He always thought of the young, went to meet children’s team and tried to teach them better. It is very sad that he has left us.”

Monday’s games in the KHL will be preceded by a minute’s silence in memory of the great coach. The players of CSKA and SKA will wear black armbands for their game in Moscow tonight. Tikhonov’s grandson, also called Viktor, is expected to play for SKA in that game. 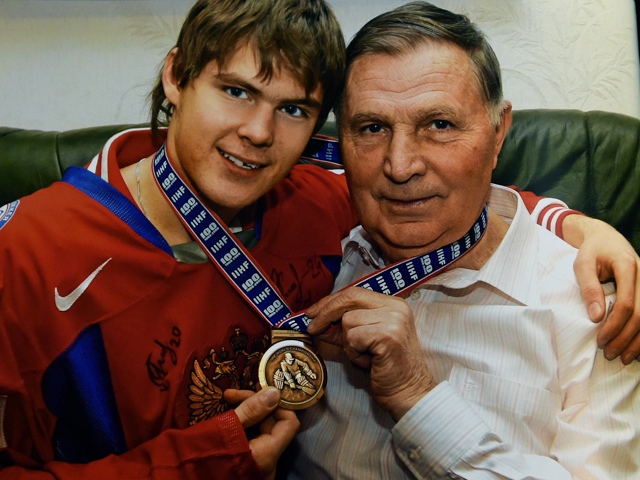