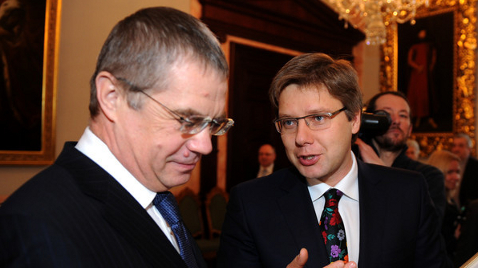 The high-rankng pair paid particular attention to the role of the sport against the backdrop of the worsening international political situation, and also focused on the ongoing work of the League and the prospects of future involvement of Latvian business in supporting HC Dinamo Riga.

“Sport has to remain outside politics. Hockey, as a form of diplomacy, has played, still plays and will continue to play a vital role in forging international relations. Sport should promote the development of healthy economic and political ties between nations,” Alexander Medvedev said. Mr. Ušakovs added, “The attitude of the majority of the Latvian people toward the KHL is very positive. We would not be able to watch all these games in our city involving the best hockey teams were it not for the KHL.”
#President
Share
Прямая ссылка на материал