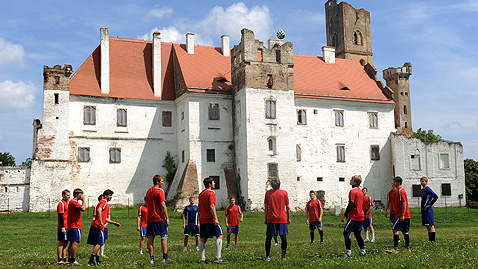 Russia’s juniors made a poor start to the Ivan Hlinka Memorial Cup in Breclav, Czech Republic, on Monday with a 2-5 defeat at the hands of Finland. A thick summer fog shrouded the city’s Winter Stadium, sited in the shadow of Breclav’s 11th-centrury castle, lending an eerie atmosphere to the first period, and when Jesse Puljujärvi emerged from the mist in the Finns’ first attack of the game, goalie Nikita Kolesnikov found himself picking the puck out of the net a mere 13 seconds after the opening face-off.

Despite this early setback, the Russians coped admirably well in these unfamiliar surroundings and fought back to go into the first break with a 2-1 lead, thanks to power play goals from SKA’s Yegor Rykov and Lokomotiv’s Mikhail Sidorov.

Having conquered the conditions, however, Yury Rumyantsev’s youngsters failed to do the same to the opposition, and when the early fog began to lift, it seemed the Russians’ confidence had evaporated along with it. 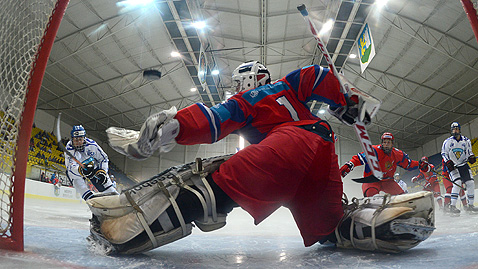 The Finns’ offensive raids became more and more dangerous as the Russians’ reading of the game grew poorer and the gaps in the defense became wider and more frequent. On five or six occasions, Finnish forwards found themselves one-on-one with Kolesnikov, which bears eloquent testimony to the lack of coordination among those tasked with protecting the goalie, so there was an air of inevitably about the resultant goals from the Finns – two in each of the two remaining periods - and their eventual victory.

There was one silver lining for Russian hockey fans, in that six of the victorious Finland roster featured in the 2014 KHL Junior Draft and may one day be entertaining us in the KHL. Forward Sebastian Aho, scorer of the fifth and final goal, was selected by Severstal; defensemen Veeti Vainio and Vili Saarijärvi, along with attacker Julius Nättinen were chosen by their fellow countrymen at Jokerit Helsinki; Metallurg of Novokuznetsk picked up forward Arttu Ruotsalainen, while defenseman Ville Järvinen impressed the other Metallurg, the Gagarin Cup winner in Magnitogorsk. 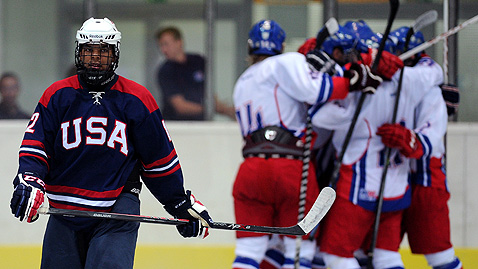 In the other game in Group A, the Czechs delighted the locals by holding on for a battling 4-2 victory in a tense struggle against the USA, although the Americans may justifiably remind us that they do not send their strongest junior team to this tournament. The hosts were a goal down after the first period, hit back with three unanswered strikes in the second, and added one more to hang on in the closing stage of a game which had pretty much everything: both offenses creating a wealth of chances, several shots rattling the pipes and crossbar, a deftly-converted penalty shot from Robert Jackson and a grand finale with the goalie pulled and an empty-netter scored eight seconds before the hooter.

Talent scouts made up a significant percentage of the spectators in the stands at this tournament, and among them could be spotted several famous faces from the past, including double Olympic champion Vladimir Lutchenko and four-time Stanley Cup winner Chris Draper. It will be interesting to hear their views later, when the tournament is in full flow and they have had time to analyze and reflect on the youngsters’ performances.

Meanwhile, in Group B, staged just over the Slovak border in Piestany, the Canadians confidently beat the Swiss, 5-1, while the Swedes enjoyed an even more emphatic triumph with a 6-1 win over the Slovak hosts.

The schedule for Tuesday, August 12 is as follows:
Group A: Russia vs. USA, Czech Republic vs. Finland
Group B: Canada vs Sweden, Slovakia vs. Switzerland