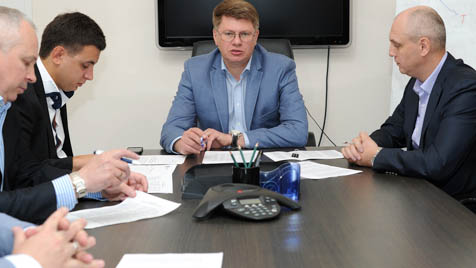 Moscow was the venue today for the scheduled Expansion Draft, held to assist the KHL’s two new Russian clubs - HC Sochi from the town of that name, and Lada of Togliatti – to assemble a full and competitive roster in time for the 2014-15 season.

The relevant Regulations demanded that every Russian-based club in the League (except Spartak and Lokomotiv) made two players available for selection. These players could be Russian or foreign, but must have been born in or before 1993 and must either be on existing contracts with KHL clubs or have accepted an offer of a contract or tryout period from a Russian club.

HC Sochi, which had been granted the first four choices in each of the five rounds, limited themselves to three acquisitions: two defensemen, Artyom Sedunov from Amur and Yefim Gurkin of Salavat Yulaev, and one forward, Admiral’s Alexander Shevchenko.

In exchange for their new personnel, Sochi and Lada are required to pay the players’ previous clubs compensation amounting to thirty percent of the relevant player’s salary for the 2014-15 season.