Team Russia completed its perfect 10 to sweep to the World Championship in Minsk - but had to come through a thrilling final against Finland to lift the big prize.

Russia eventually prevailed 5-2, but the spirited underdog ensured that the champions-elect couldn't relax until deep into the third period.

Sergei Bobrovsky continued to show the form that earned him the plaudits as the top goalie of the series, while Viktor Tikhonov, fittingly, cemented his leading scorer's status with the final goal of the competition, tipping in Alexander Kutuzov's shot in the closing stages.

But the key goals, in the middle of the second stanza, came from Alexander Ovechkin and Evgeny Malkin, hauling Russia back from a 1-2 deficit.

Ovi burst around the net and stuffed one in from close range, wiping out Finland's lead within 35 seconds. 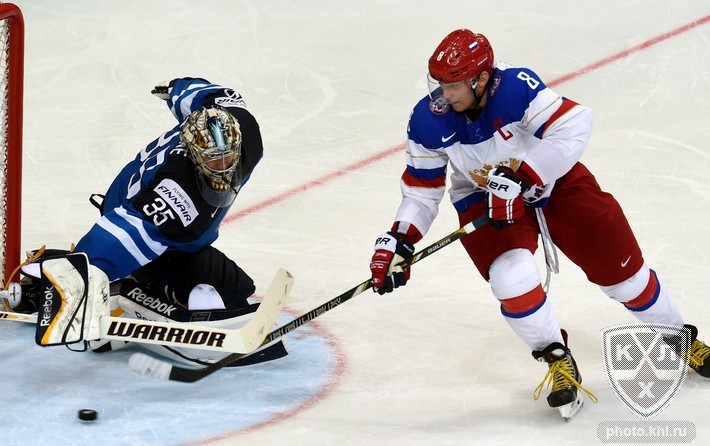 Then a 5-on-3 power play ended with a goal forged in Magnitogorsk: Metallurg's Danis Zaripov fed Malkin on the face-off circle, and Magnitogorsk's most famous son fired home the 3-2 goal.

"We did a lot of work on our power play in training, including 5-on-3s," he said. "It happened that we got a chance and I took it."

That proved to be decisive. Finland had penalty troubles throughout the game, and Russia picked off the power plays. Zaripov and Tikhonov wrapped up the scoring to set the seal on a famous victory.

Ovi, whose 2-2 goal denied Finland the chance to build a lead, hailed Russia's triumph and called on the country's fans to join the celebration.

"I hope that when we go back to Russia we will be met by a large audience and we will come out as heroes. And heroes we are," he said. "We played with injuries - dislocations and breaks. Loktionov came here after a surgery. We were one. As a captain, I really enjoyed being in this atmosphere."

The game started out at a frantic pace, with a breathless first period ending tied at 1-1 - but with both teams willing to trade chances the low scoring was a tribute to the skills of goaltenders Pekka Rinne and Sergei Bobrovsky.

Rinne ended up as tournament MVP, and Bobrovsky was named as the best goalie in the tournament.

Rinne was the first to impress, spreading his pads to deny Alexander Ovechkin, Viktor Tikhonov and Evgeny Malkin as Russia launched an opening flurry that culminated in a power play goal in the 10th minute. Sergei Shirokov was the scorer, collecting Zaripov's pass and powering in from the boards to fire low inside Rinne's near post.

Finland almost conjured an instant response, with Evgeny Medvedev reacting smartly to push the puck away from the lurking Petri Kontiola as a pass whistled across the slot.

But the Finns weren't done, and even if Russia had more of the puck Bobrovsky had to be alert to some dangerous counter-attacks. Olli Palola's one-man rush stung the crossbar, then the goalie spread himself well to deny Miikka Salomaki on a two-on-one breakout in the final minute of the stanza.

That lesson was not well-heeded by Russia's defense, though: moments later Sibir's Jori Lehtera delivered a superb pass through Yegor Yakovlev's legs to find Iiro Pakarinen for the equalizer three seconds before the hooter.

Things got worse before they got better for Russia. Zaripov took a needless penalty and the Finns took advantage. Pekka Jormakka, whose previous encounter with Russia in this tournament ended early after a hard hit from Shipachyov, fired in a shot that rebounded for Palola to finish off. The crowd, passionately pro-Russia, was briefly silenced but quickly found its voice - and it didn't take long for Russia to find a response. 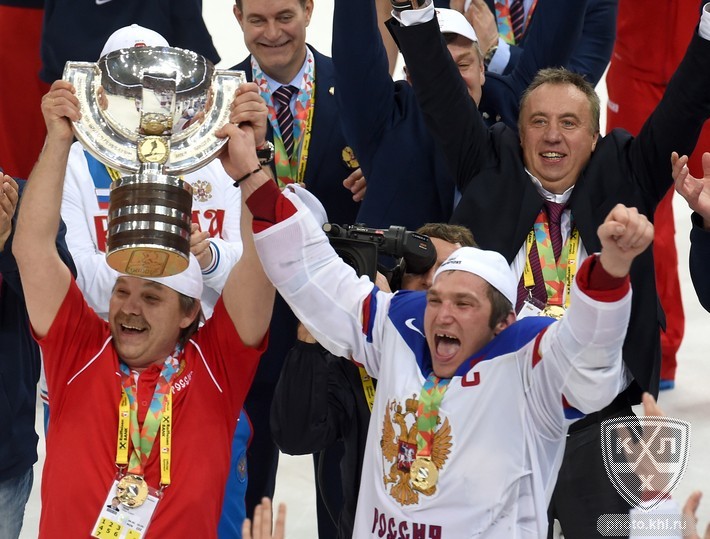 Long-serving KHL man Jarkko Immonen admitted that missing out on the gold was a tough moment.

"RIght now it feels bad because we lost the game but overall the tournament wasn't so bad," said the Torpedo forward. "We started badly but played better as it went on.

"It was the power play that made the difference. I think they got four goals on the power play, and while we had chances too we didn't score.

"Russia have a really good team. There are no arguments, they really earned the championship."