Kirill Kaprizov is No. 1 pick in 2014 Junior Draft

At today’s 2014 KHL Entry Draft in Saint Petersburg, it was Metallurg Novokuznetsk who won first pick in the pre-Draft lottery, which they used to secure the rights to keep one of their own promising graduates at the club. Seventeen-year-old left-handed forward Kirill Kaprizov (176cm - 5’ 9” and 80kg - 176lbs), who was No. 20 on the Central Scouting Bureau’s rankings for Russian players, spent last season in the MHL-A league with Metallurg’s Kuznetskie Medvedi, and recorded 37 points (19+18) in 60 games. 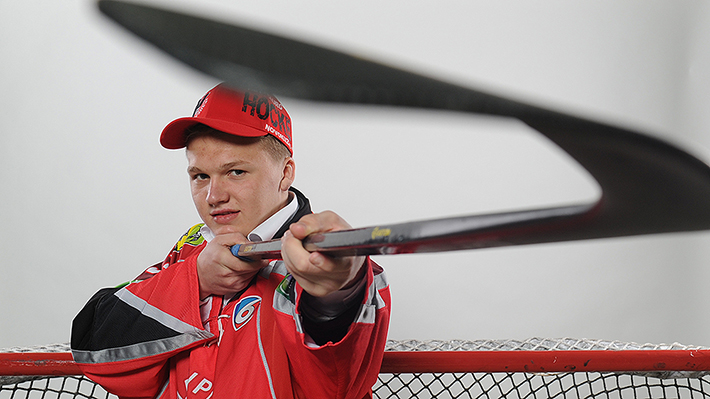