A single goal from forward Matvei Averochkin was enough to seal a second successive Gazprom Neft Cup victory for CSKA Moscow’s youngsters in today’s super-final against Ak Bars in Omsk. The Red Army boys had stormed to the super-final in spectacular fashion, with convincing wins against Atlant (10-0), Donbass (6-1), SKA (8-0), Lokomotiv (6-1), and their crosstown rivals, Dynamo (6-3), but the Kazan kids, champions in 2012, offered tenacious resistance and prevented the Muscovites from adding to Averochkin’s first period strike.

“A World Championship for children,” was how Olympic and four-time world champion Sergei Babinov described the Gazprom Neft Cup at the glittering opening ceremony, and while some might have dismissed this as a bit of traditional pre-tournament hype, the legendary USSR defenseman’s claim is well-supported by the bare facts and figures: a total of 24 teams (up from 16 last year) from 6 different countries, 200 journalists, impressive crowds (up to 8.700) and, for the first time in the history of the event, two host cities: Minsk in Belarus and Omsk in Siberia. 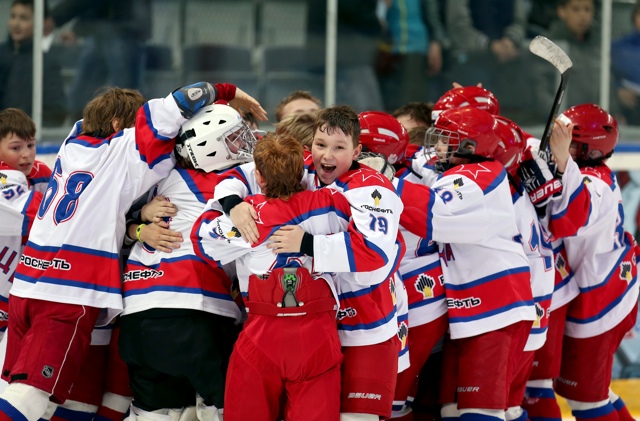 In fact, while the competing players were of the tender age of 10-11, everything else about the tournament was adult and professional. In Minsk, the teams in Group West played in the state-of-the-art Chizhovka Arena, built to stage the 2014 IIHF World Championship, while Avangard’s impressive KHL home, the Arena Omsk, hosted games in Group East and the super-final. The referees were also KHL-standard professionals and several of the games were broadcast live on the KHL-TV channel. Award-winning airline, Yamal, was one of the sponsors and provided a plane to bring the CSKA boys to Omsk for the climax of the tournament.

Gazprom Neft board member Alexander Dybal, one of the driving forces behind developing the tournament and a passionate supporter of its expansion, was visibly pleased at the success of this year’s event, but believes it can get even bigger:

"The Gazprom Neft Cup is one of our company’s most important social projects and part of our program aimed at the development of children's sports. At all levels, the organizers have ensured it meets the same standards demanded at major international competitions. The Gazprom Neft Cup is in effect an unofficial Russian Open Championship for players under 11 years of age and it is the biggest junior hockey tournament in all Europe. 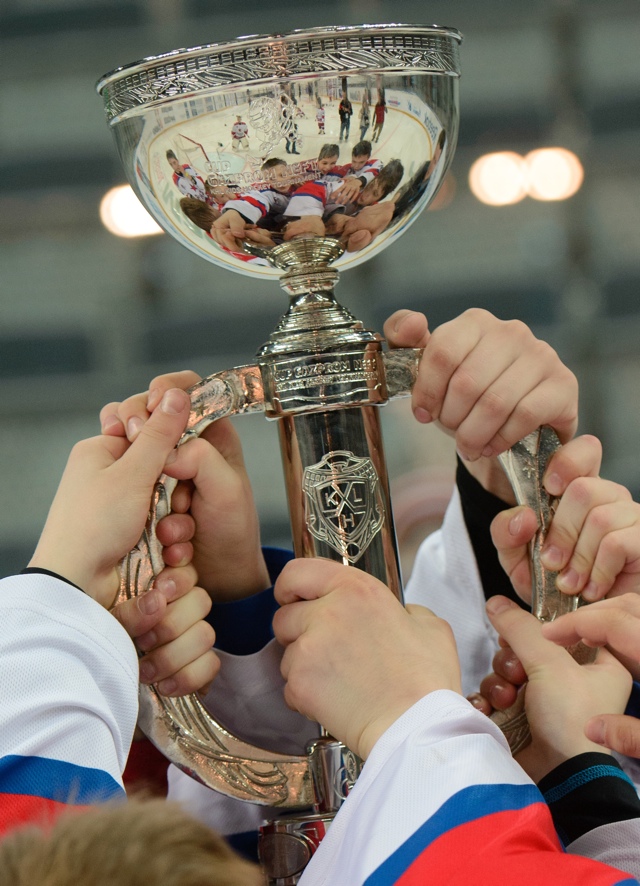 As the competition has attained official KHL status, it is logical that it should include every League club which has its own hockey academy, so 24 teams is not the limit. Eventually, the number of competing teams should match the number of KHL clubs. The most difficult challenge for us in organizing this year's event was keeping the previous high standard of organization while staging the games simultaneously in two different countries. Judging by the success of the group stage games and the super final, we can certainly say that we achieved this goal.”