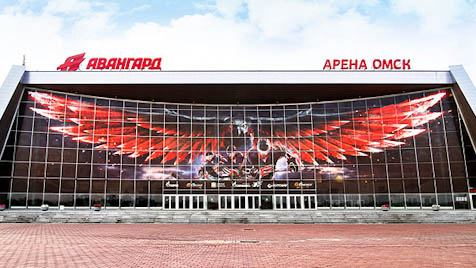 A mere five days remain until the Gazprom Neft Cup gets underway in Omsk and Minsk, and after five days of games across two continents, the Arena Omsk will host the climax to the competition, the Super Final. Against a background of rising anticipation for the contest, the biggest children’s hockey tournament in all Eurasia, the organizing committee for the Group East stage of the tournament gathered to answer questions about the program of events in the Siberian city.

That program includes master-classes for the coaches of the competing teams, and one of these – to be held on April 25, the day of the Super Final – will be conducted by coaching legend Vladimir Yurzinov Sr, former national team boss and winner of Coach of the Year title in Russia, Latvia, Finland and Switzerland. An extra treat also awaits the players: all the budding young stars of the future will be taken on sightseeing tours of Omsk.

Handing out the medals and prizes to the champions and the  winners of the individual awards will be two more illustrious names from hockey’s past: Sergei Gimayev, champion defenseman from CSKA’s glory years and now respected TV pundit, and Yuri Lyapkin, Olympic champion, four-time world champion and star of the 1972 Summit Series. Another famous face at the Gazprom Neft Cup games will be Finnish specialist and new Avangard Omsk head coach Raimo Summanen.