The finest possible conditions for the media

When the Organizing Committee of the VIII Gazprom Neft Cup, the KHL’s international children’s hockey tournament, gathered in Omsk for a meeting on January 27th of this year, one of the key questions discussed was the quality of facilities provided for journalists covering the games in the East Group and the super-final itself.

“We will provide the finest possible working conditions for all representatives of the mass media,” said Oleg Malitsky, manager of the Gazprom Neft Cup Press Center. “All those taking part in the tournament will be available for comments, giving journalists and broadcasters access to all the latest and most exclusive news and views. The game schedule is very tight, so we are keen to ensure that media representatives will have every opportunity to provide top-quality, up-to-the-minute coverage.”

The Gazprom Neft Cup has attracted interest from several media outlets, foremost of which is Championat.com, the leading sports site on the Russian Internet, which will act as the Gazprom Neft Cup information partner for the fourth straight year.

Avangard Hockey Club will also lend its support to media coverage of the tournament, publishing all the news, scores, video reports, and comments by coaches, players and pundits on the club website and on the Avangard web pages on social networks.

Qualifying games in the East Group will be held from the 20th to the 22nd of April at the 10,000-seater Omsk Arena ice palace, the largest hockey venue east of the Urals. On the 25th of April, the Siberian hockey capital will also host the Gazprom Neft Cup Super-final, contested by the winners of the West and East Groups. 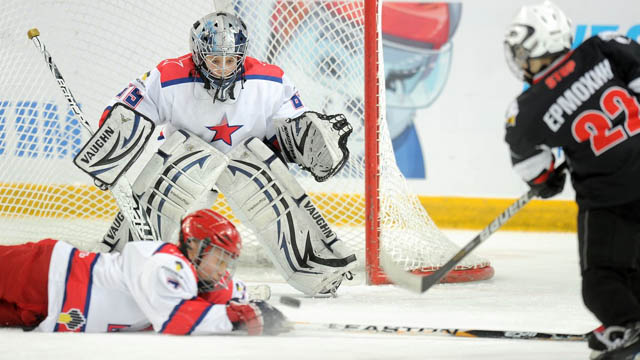