KHL-TV is to significantly upgrade its coverage of the VIII annual Gazprom Neft Cup, the Kontinental Hockey League’s international children’s hockey tournament, to reflect the considerable growth of the tournament, both geographically and in the number of teams participating. This year, the competition is staged in two host cities across two continents, Minsk in Belarus and Omsk in Siberia, and a total of 24 teams will take part, up from 16 the previous year. Many of the debut teams are based in Europe, so interest will be even greater than before.

The KHL Channel will implement an expanded broadcasting package which meets the standards of coverage for international adult tournaments. The spectacular opening ceremonies and opening games in both Minsk and Omsk will be shown live, will the West Group final at Minsk’s Chizhovka-Arena and the super-final itself at the Omsk Arena, followed by the Gazprom Neft Cup award ceremony. The finest commentators and the foremost experts on youth hockey will provide commentary during the live broadcasts.

The channel will also devote daily programs to the events in Minsk and Omsk, including a tournament diary, match highlights, comments and views from KHL stars and leading hockey pundits, all in HD format to give the best picture quality, ensuring that the tournament coverage this year will be good enough to satisfy the demands of the most devoted fans.

"Games in the Gazprom Neft Cup can match any adult tournament for atmosphere and emotional charge," said Pavel Kidisyuk, head of KHL-TV. "These young hockey players already have a keen will to win, and that is what makes their play so compelling. Our coverage will bring them the support of many thousands of television viewers to add to that of their parents and friends."

FACT FILE:
The Gazprom Neft Cup KHL Youth Ice Hockey Tournament was first held in 2007, since when more and more clubs from an ever-expanding geographical area have signed up to compete, making it the largest youth hockey tournament in Europe. Indeed, this year the tournament is to be shared by two host cities in different countries. Professional referees officiate in the games and the venues meet all the standards set for adult, professional games. Each year the name of the winning team is engraved on the trophy, Gazprom Neft Cup (made by the same master craftsmen as the Gagarin Cup), and the trophy is kept by the winners until the next year’s tournament. 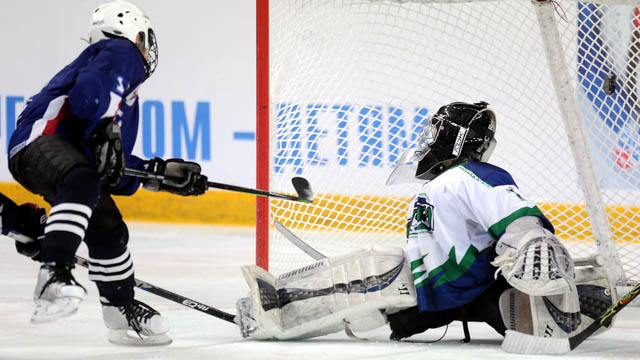