The League’s most energetic player speaks of his last days in the NHL, professes his love for football and explains his silence at the World Championships in Helsinki. 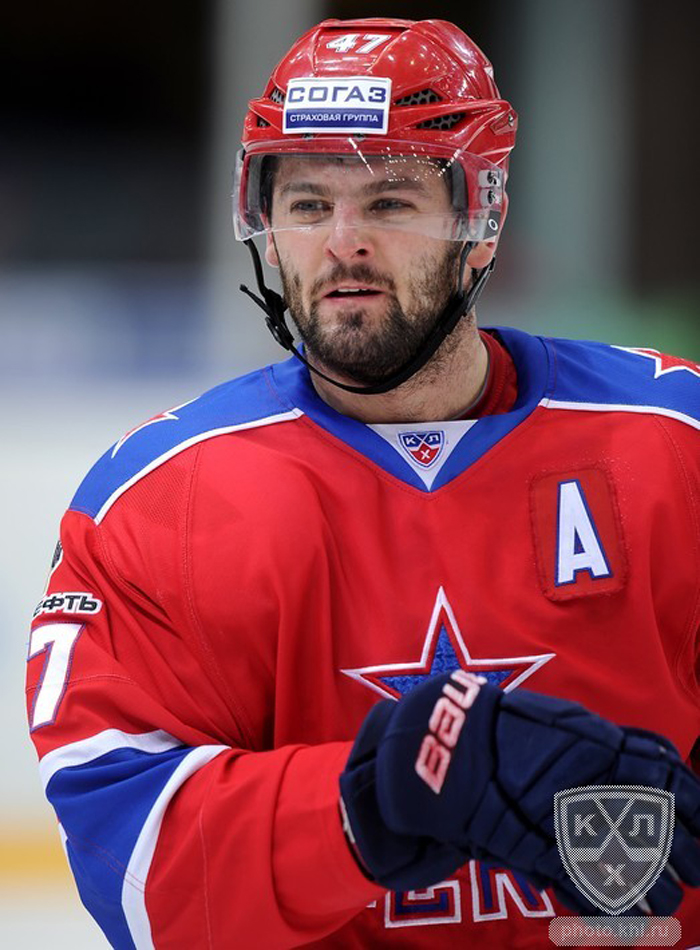 It seems to me that every hockey player in the world envies Ilya Bryzgalov. Would you not like to be in his place?
“I think Ilya will keep on playing, since he’s in excellent form, but if I were in his place? You know, it’s no secret that we all want a good wage, but it’s still not all about money. If I were in the same situation, I would have to seek out another club. I couldn’t be without hockey; I’d have no outlet for all my energy. And I enjoy my job.”

Are you surprised at the way many have reacted to Kovalchuk’s return to Russia, as if it’s tantamount to retiring?
“Many would disagree. I believe it is pure nonsense to claim that Ilya will go downhill in Russia. Let them say what they like, but the KHL is no mean tournament. Who’ll win the Gagarin Cup next season?”

I don’t know.
“No-one knows. You’d probably agree that maybe eight teams are realistic prospects for the title, and in the regular season anyone can beat anyone else. In what way do they think it is a bad move? The one improvement I’d like to see is more people in Moscow turning up to the games.”

Have you ever been to a game in Moscow as a fan? Lengthy and intrusive searches, only poor-quality food is on sale, bringing your own food is forbidden… “I totally agree, and I hope this will all change. For an example, look no further than St Petersburg, where SKA is already a serious rival to Zenit at attracting spectators. They just solved all those problems and made it pleasant to go to the hockey. But the fans must take responsibility, too. If the organizers allow you to bring in food, they need to be able to trust you not to throw it onto the ice.”

Is the stadium a good place to bring your family?
“Because of the swearing from the stands? You know, I think it’s on the wane. It still happens, of course, but overall the culture is changing.” 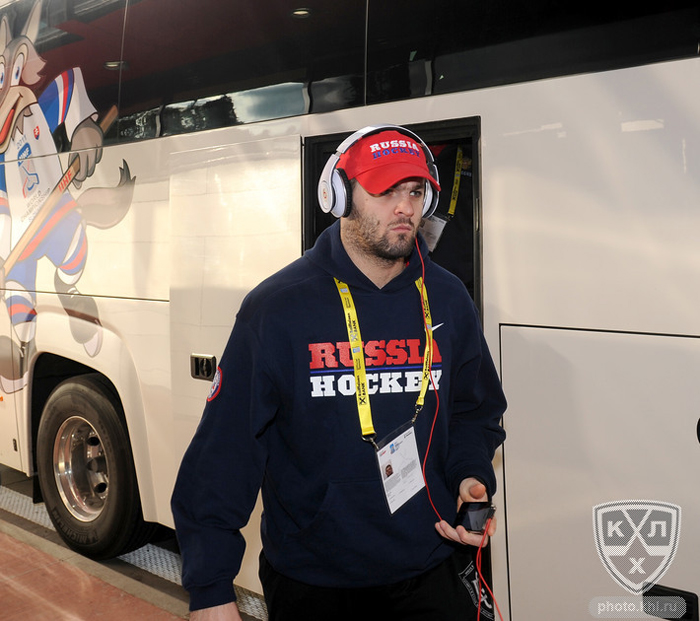 Have you ever read anything about yourself as negative as some of the things now being written about Kovalchuk?
“I don’t read the coverage at all.”

Surely you must read all of it.
“I study the sporting press but I only read about other sports. I already have enough hockey in my life.”

But you attracted some criticism after your untimely exit from Nashville. Is it correct that you went on a drinking spree?
“Not true. Do you want to know what happened? We were in Phoenix, and the only places to go out and eat were on the other side of town from our hotel. Almost the entire team went to this restaurant, and some left early, but I arrived back fifteen minutes after curfew, so it was a breach of the rules, you could say, but it was nothing like some people claimed.”

But the Americans seemed in no doubt that you were drunk.
“I said to them at the time, “Come on, I’ll do the tests and they’ll show that I haven’t even had a glass of beer, and you can even take a blood sample.” They said that they didn’t need to test me, and just repeated the accusation of being drunk, so I just told them there was nothing more I could do, since they’d already made their minds up.”

Would there be trouble if you saw the journalist again – the one who reported your breach of curfew?
“I’ve seen him since then.”

And…?
“I did nothing. You know that if I’d lost my temper, it would be the pinnacle of the guy’s career. He’d be talking about it forever more, and I‘d be tarred as a troublemaker. I could say a few things about the way he behaved back then, but it’s not worth it.”

You never uttered a single word during the World Championships in Helsinki.
“I just had nothing to say. I didn’t feel like standing around listening to banal questions, and there was nothing for me to talk about.”

I’ve always been saddened by the double standards shown by Russians who’ve played in the NHL. Would you really refuse to speak to the journalists in North America?
“No, you have me wrong. I’m the opposite, in that I’d rather speak with our own journalists, in my own language, and I need to be very careful when speaking with the North Americans. As for my silence at the Worlds, well, I had no ill will toward any journalists – I simply had nothing at all to say.”

We would have liked to hear your thoughts after the defeat by France.
“What about it? The French won, I congratulate them. But that was just one game, and it decided nothing. Did the defeat eliminate us? Of course not. There are some failures which are hard to forget. There’s that quarter-final in Vancouver and the loss to the USA at the World Championship, but I soon forgot about the France game.”

You were in Italy during the summer. What brought you there?
“I went to see some football and have a rest. This year it was a short vacation and I wanted to recuperate, so I spent hardly any time in Moscow. By the way, I went to both games in the Italian Cup final between Lazio and Roma.”

After hockey, doesn’t watching football seem boring?
“You’re joking! I’ve just been to Italy – packed stadiums, and all the fans are passionate. You know, if it hadn’t been for hockey I would’ve been a footballer.”

Would you not top the standings for red cards?
“No, I’d keep quiet all the time.” 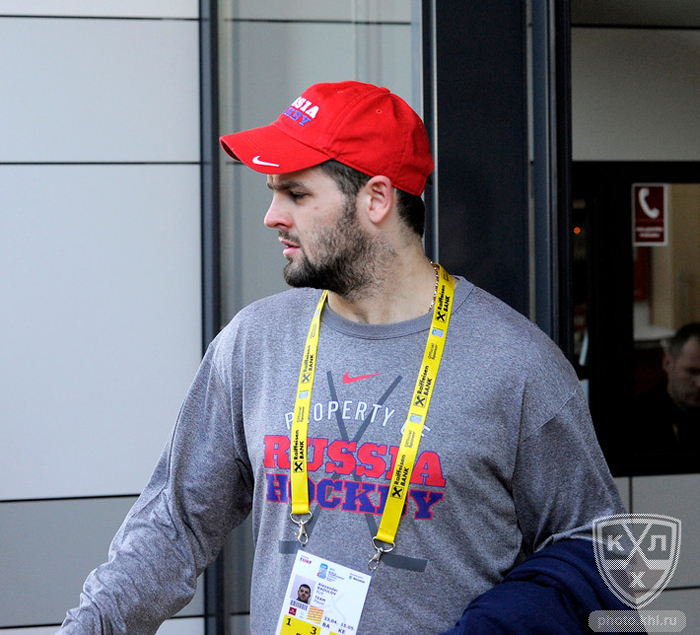 You were once at a basketball game, watching CSKA, and you said that the level was the same as in the NBA. That was comical, since the NBA is on a different planet.
“I agree with you totally, but that’s not an accurate quote. I said that CSKA had players who have played in the NBA, which shows that the level here is not too bad. I love basketball. It’s a shame Nashville doesn’t have a team, or I’d have gone to the games. But of course I have been to games in the US.”

You have a classy car. Are you as aggressive on the road as you are on the ice?
“No, I never cut anyone up and never show anyone up. Why would I invite trouble where it’s not needed? Is it worth creating a dangerous situation, which could threaten my health and therefore my career?”

You don’t even flash your lights at slow drivers when you’re in the left lane?
“Better to overtake in another lane and forget about it. I never get into scrapes on the road, and I don’t even react if other drivers start shouting at me.”

And this from someone who will join in any fight on the ice.
“On the ice, yes. But even there it is sometimes unwise to react, as you could make the guy angrier.”

Do you have a dog?
“I’d love to have a dog. It’s a painful question, but I can’t look after a dog the way things are. Who could I leave it with when I go away for a week?”

But tennis star Svetlana Kuznetsova has bought a dog.
“Sveta is great, but she brings her dog with her everywhere on tour, and we can’t do that.”

If your dream comes true one day, will you buy a fighting dog?
“No. I wouldn’t want a lap dog, of course, but nor would I want an attack dog. I really like Huskies.”