The third KHL All-Star Game produced an extraordinary result, with Jaromir Jagr’s team edging out Alexei Yashin’s team 18-16. Sergei Mozyakin and Alexander Radulov were named the best players of the game.
– But we knew we’d win, – laughed Jaromir Jagr after the game. – We were confident of victory.

Jagomir’s confidence notwithstanding, his stars of the East went into the final period with a 9-12 deficit, due in no small part to the heroics of goaltender Konstantin Barulin, who replaced Dominik Hasek midway through the second period and resolutely refused to be beaten.

For Evgeny Kuznetsov, fresh from victory in the Superskills shootout competition, luck clearly deserted him in the main event. The Traktor forward had promised to produce something striking for the watching public, but time passed, goals were scored in abundance, only not from Evgeny. And only when the westerners pulled the goalie in a frantic attempt to tie the score did Kuznetsov get his chance, as he charged towards an empty net. From behind the boards Hasek tried to tackle with his stick Evgeny, then a defenseman’s stick was thrown in desperation, but neither impeded his progress. Then the worldwide anti-Kuznetsov conspiracy was rescued by the referees, who ruled the goal had come just after the end of playing time. But justice prevailed in the end, and Kuznetsov was awarded the goal.

Sergei Mozyakin brought his son along to the game and placed him on the bench, so the youngster could assist Vladimír Vůjtek and Oleg Znarok. The third-grader looked a lot more serious than the coaches as he watched attentively as his father repeatedly hit the target. The Atlant forward’s final tally was five goals, while Jaromir Jagr was not far behind, scoring four.

It seemed there were goals for everyone who wanted them – pity the goalies.
– It’s really tough for us in games like these, – said Stefan Liv, who was replaced with Mikhail Biryukov. – I wished Misha luck, but also warned him that it wouldn’t be easy.

And it was into Biryukov’s net that possibly the finest goal of the game was scored. Mozyakin shot from the tightest of angles, and with his weaker arm, and was hard to see how the puck ended up nesting in the near corner of the net. The goal seemed to fire up Biryukov, and from then on he sprang to life at every minor threat, as if he were in a cup final rather than a friendly game. But what can any keeper do on a day when the defensemen give him no support and are not intercepting passes?

But the result pleased the spectators, who had packed the Saint Petersburg arena to the rafters and whose shouts exceeded the 100 decibel mark as the game reached its finale. And it is for them that games such as these are worth staging. 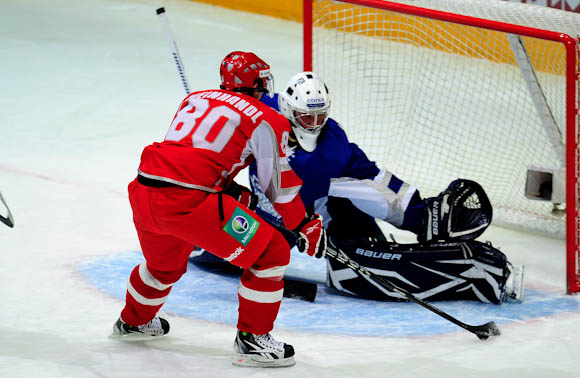 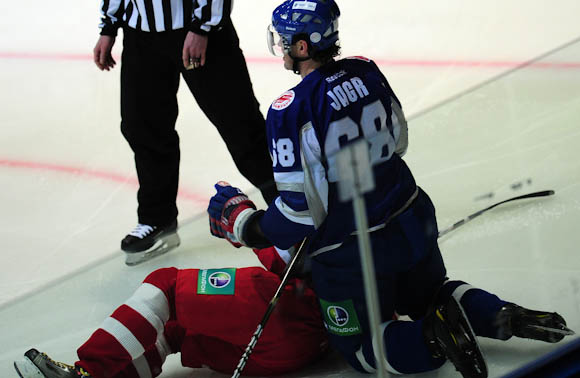 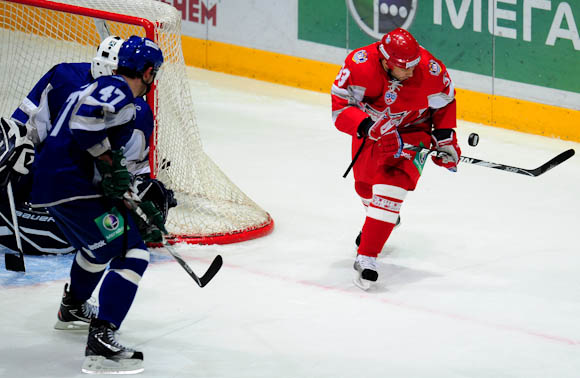 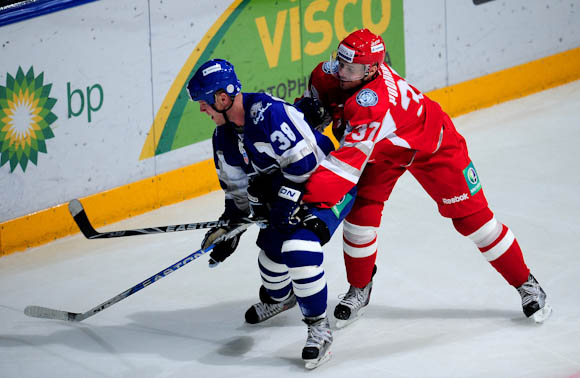 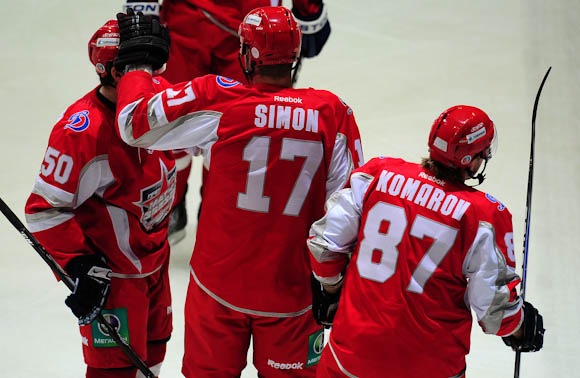 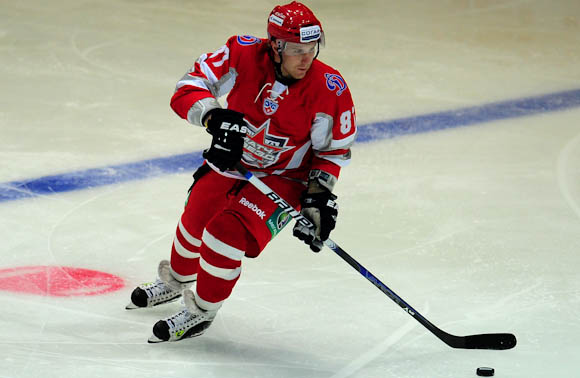 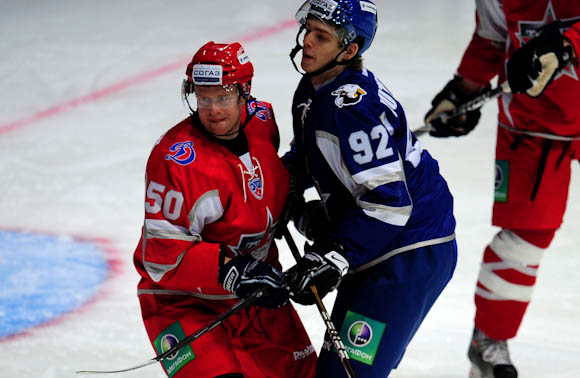 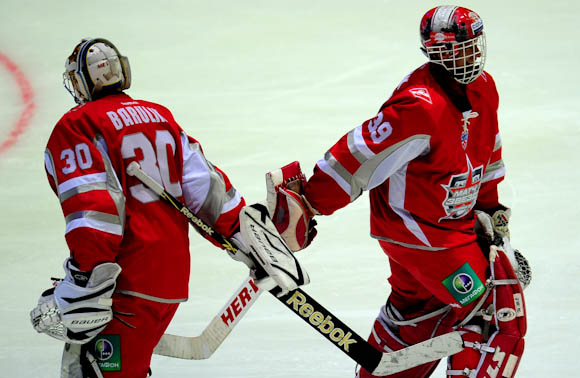 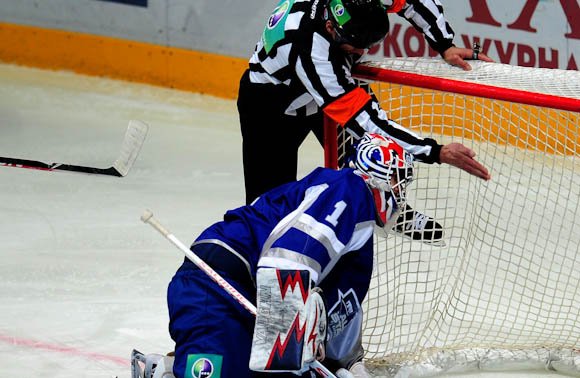 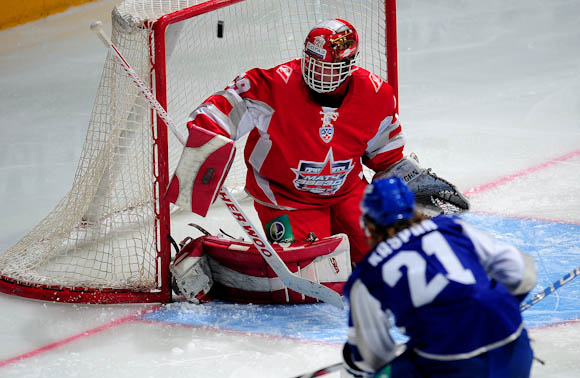 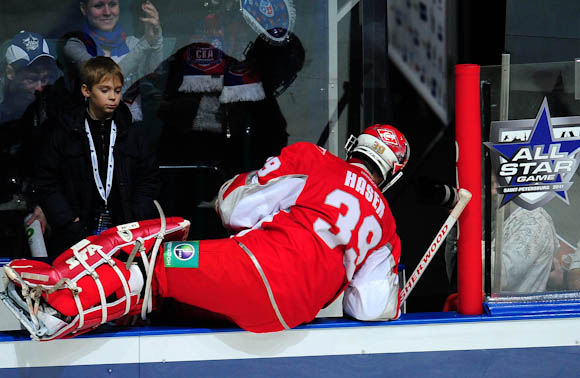 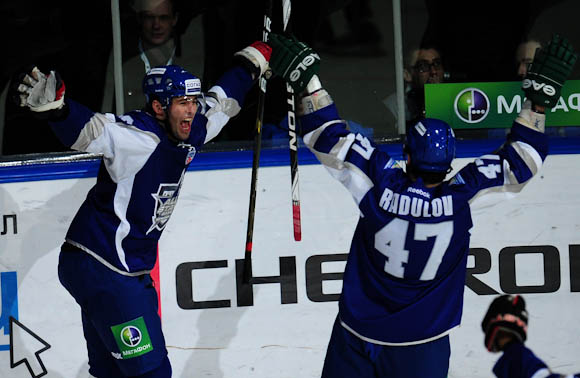