Two Canadians sign for next season — the KHL week in review

It might be the depths of summer, but the roster-building process continues – and more imports are confirming their places for next season. Elsewhere, young Viktor Neuchev made a splash in international action in Sochi, and Ivan Chekhovich looks forward to life at Loko.

Metallurg signed two Canadians during the past week. Forward Philippe Maillet agreed an extension in Magnitogorsk after a successful KHL rookie season that saw him finish as the leading playoff scorer with 21 (8+13) points in Magnitka’s run to the final. He’s joined by 31-year-old goalie Eddie Pasquale, who ended his contract with Lokomotiv to sign a one-year deal with the Steelmen.

Pasquale will share goaltending duties with veteran Vasily Koshechkin, who returns for one more year at the age of 39. The two-time Gagarin Cup winner was one of three netminders shortlisted for this season’s goalie of the year award. In addition, Metallurg also secured an extension with Nikolai Goldobin, who remains with the club for another year. Last season, Goldobin had 39 points in 42 regular season games and added 18 (8+10) in the playoffs.

Goalie Andrei Kareyev is heading back to Salavat Yulaev after two seasons in Finland. The 27-year-old twice finished runner-up in the Liiga with TPS Turku and heads back to Ufa where he played from 2017-2020. The Novokuznetsk native began his KHL career with his hometown Metallurg in 2015 and was called into Russia’s international program in 2017 and 2018 without making an appearance for the national team. Salavat Yulaev is looking for a replacement for long-serving Finnish goalie Juha Metsola, who left the club earlier this year. 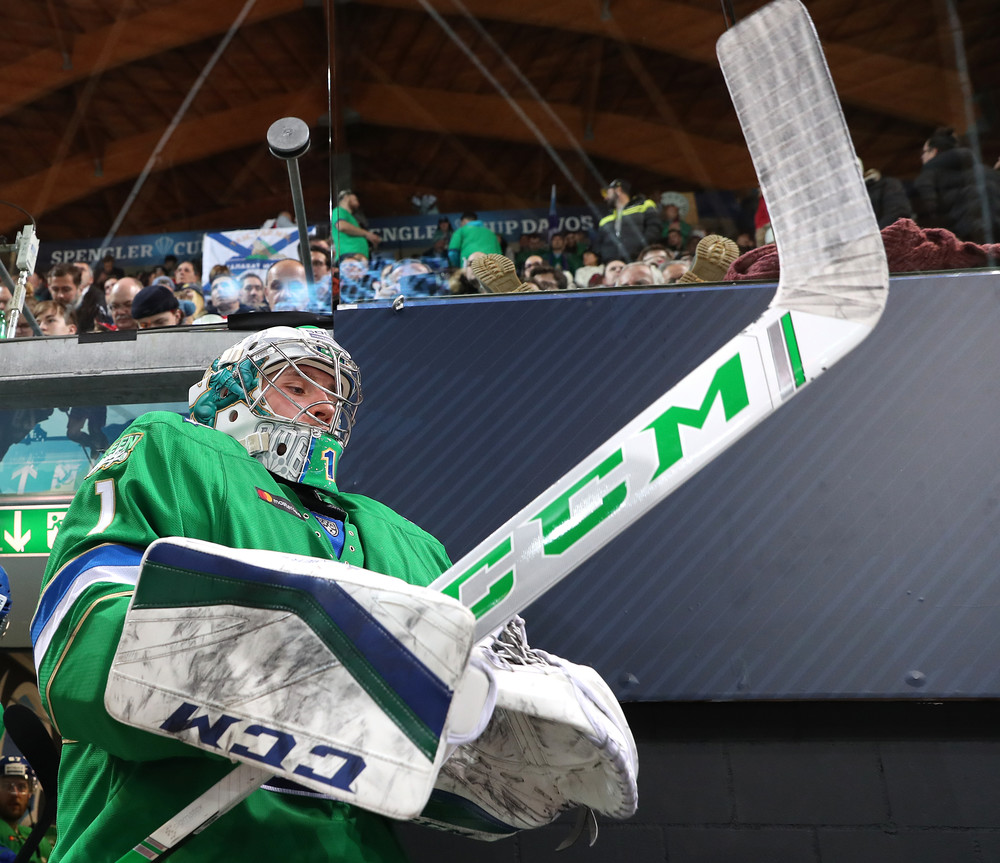 Rising star Viktor Neuchev was the headline maker in the Black Sea Tournament. This year, the four-team youth competition in Sochi featured two Russia U20 teams, Belarus Juniors and Russia U18s. Neuchev started with Russia’s “White” roster in the group stage and had 7 (2+5) points in three games as his team topped the standings. Then the 18-year-old, who made his KHL debut this season, joined the “Red” roster for the final round and helped his new team win the cup. Neuchev added a goal and three helpers in the playoffs as the Reds beat the Whites 3-1 in the final.

Ivan Chekhovich’s summer move from Torpedo to Lokomotiv opens a new chapter in the former San Jose forward’s career. And the 22-year-old is ready for a new test – not least in working for a new coach, Igor Nikitin, with a very different approach from his boss in Nizhny Novgorod, David Nemirovsky.

“That’s exactly why going to Lokomotiv is a challenge for me,” he said in an exclusive interview with KHL.ru. “I know what kind of a coach Igor Valerevich is. He doesn’t want players who only contribute on offense. I want to play a role all over the ice. I’m trying to take on a lot of new things, so that I can develop into a cup player, a champion, in due course.”