Two top players swapped Moscow for Kazan this week as Ak Bars began its summer rebuild in earnest. Elsewhere, Metallurg secured the services of its head coach and captain, while Team Russia got the better of Belarus in international play.

Shipachyov and Voynov to Ak Bars

There were big moves in Kazan, where Ak Bars has been active on the market this week. The most notable new acquisitions are Vadim Shipachyov and Slava Voynov, both arriving from Dynamo Moscow. Shipachyov is the highest-scoring forward currently active in the KHL and has topped the scoring charts in the last three regular seasons. Voynov, meanwhile, had 41 (10+31) points in 51 games in Dynamo’s defense last season. The former LA Kings man also won two Stanley Cups and an Olympic gold medal earlier in his career.

After topping the regular season standings for the first time in the KHL era and reaching its third Gagarin Cup final, Metallurg had plenty to be happy with in 2021-2022. So it’s no surprise that the club offered head coach Ilya Vorobyov a two-year extension on his current contract. Now Magnitka can expect to continue under Vorobyov until at least 2024. The club also moved to secure the services of captain Yegor Yakovlev for three more years, and center Denis Zernov for two. 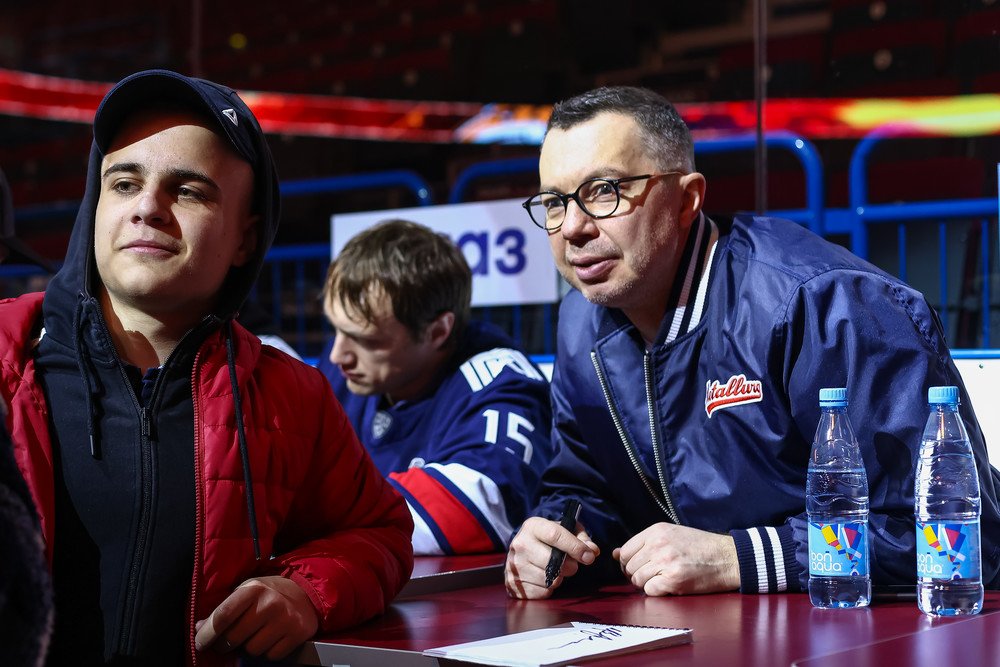 The official closing ceremony for the KHL’s 2021-2022 season is fast approaching, and some nominees for the big prizes have already been announced. It’s a three-way fight for goalie of the year, with Gagarin Cup winner Ivan Fedotov (CSKA) up against the man he beat in the final, Vasily Koshechkin (Metallurg). SKA’s Lars Johansson completes the list of candidates. Among forwards, the golden stick award will be contested by Dynamo’s Vadim Shipachyov, no stranger to this prize. He’s up against two rivals from SKA: Anton Burdasov and Andrei Kuzmenko. Meanwhile, Koshechkin was already named as the top goalie of the Gagarin Cup final. Nikita Nesterov was chosen as best defenseman, Metallurg’s Philippe Maillet won the best forward prize and top rookie went to CSKA’s Tahir Mingachyov.

Traktor Chelyabinsk officially announced the departure of three Czech imports. Goalie Roman Will and forwards Lukas Sedlak and Tomas Hyka all parted company with the club last week. The first replacement will be Anton Burdasov. SKA’s vastly-experienced forward is returning to the club where he began his KHL career after signing a three-year deal. Burdasov has played 630 games in the KHL, scoring 166 goals and 153 assists.

With a 3-2 victory over Belarus on Sunday, a youthful Russian roster lifted the St. Petersburg cup. The tournament, hastily organized to replace the Euro Tour action that would usually involve Russia at this time of year, saw the two neighboring countries joined by Russia U20. After a round-robin phase during the week, Russia and Belarus advanced to Sunday’s final. Belarus jumped to a 2-0 lead early in the game but the host nation responded to lead midway through the second period. Danil Bashkirov, Marat Khusnutdinov and Ilya Safonov were on target for Sergei Zubov’s team.