It’s been a week full of memorable moments, from Danis Zaripov matching Boris Mikhailov’s goalscoring tally to two players completing 400 KHL points. New import Daniel Audette has a club record on his resume already, while fellow Canadian Philippe Maillet talks about a hobby that trains his mind for on-ice action.

Finnish goalie Harri Sateri, currently with Sibir, recorded his 100th victory in the KHL on Friday when he backstopped a 3-1 success over Vityaz. Ironically, it was Vityaz that brought the 31-year-old into the league back in 2014: Sateri went on to play three seasons there and got 52 wins in that time. He came back to the KHL in 2019 to join Sibir where he achieved his first playoff ‘W’s to help oust Avtomobilist in the curtailed 2020 post season. His 100th win came in his 243rd appearance in the league.

Vityaz hasn’t made the best of starts to the 2021-2022 season, but that’s hardly the fault of the imports on the Moscow Region team. Finland’s Niko Ojamaki is flying, with 12 goals to place him first among the KHL’s snipers. And strike partner Daniel Audette set a new club record this week when his helper in Friday’s 1-3 loss at Sibir stretched his productive run to 11 games. The previous best was set by Gleb Klimenko way back in the inaugural KHL campaign.

Danis Zaripov’s goal for Ak Bars at Barys on Sunday was significant for several reasons. It was the 40-year-old’s first of the season, making him the oldest player to notch in the current campaign. And it brought the legendary forward to 428 career goals in Russia’s top league — matching the total set by Soviet-era great Boris Mikhailov. Mikhailov, a two-time Olympic champion, retired in 1981 after leading CSKA’s offense for more than a decade. He remained the all-time leading goalscorer in Russian hockey until Sergei Mozyakin overtook him in 2016.

The same game saw two goals from Dmitry Kagarlitsky, bringing up 400 career points in the KHL for the forward. He becomes the 16th player in the league’s history to reach that landmark, dividing his scoring between Ak Bars, Dynamo Moscow, SKA St.Petersburg, Severstal Cherepovets, Donbass Donetsk and Metallurg Novokuznetsk.

Last week also saw the 15th player clear 400 points — Salavat Yulaev’s Teemu Hartikainen got there on Tuesday, just a few days ahead of Kagarlitsky. The Finn had a goal and an assist in Ufa’s 3-0 win at Sochi to achieve the milestone.

With a 12-game winning streak behind it, Metallurg Magnitogorsk can equal a club record by stretching that run to 13 successes today against HC Sochi. And, if the Leopards are seen off, Ilya Vorobyov’s team can set a new mark on Thursday against Ak Bars.

Part of Magnitka’s successful start is down to Philippe Maillet’s rapid adaptation to the KHL after his arrival this summer. But the French-Canadian forward’s love of another game might be helping him fit into life in Russia.

“During the pandemic, I started learning a lot about chess,” he said in an exclusive interview with KHL.ru. The game of kings was much encouraged in Soviet hockey circles, and Maillet can understand why. “There is a lot of strategy involved and deception,” he added. “You have to think about offense and defense. It’s obviously not as physical as hockey, but it’s definitely mentally challenging and that’s what I like about it.”

One impressive streak came to an end this week, with Vadim Shipachyov’s scoring start to the season halted after 13 games. CSKA blanked Dynamo 3-0 to end that run and leave the Blue-and-Whites’ captain one short of matching Alexander Radulov’s record run from the start of a season. 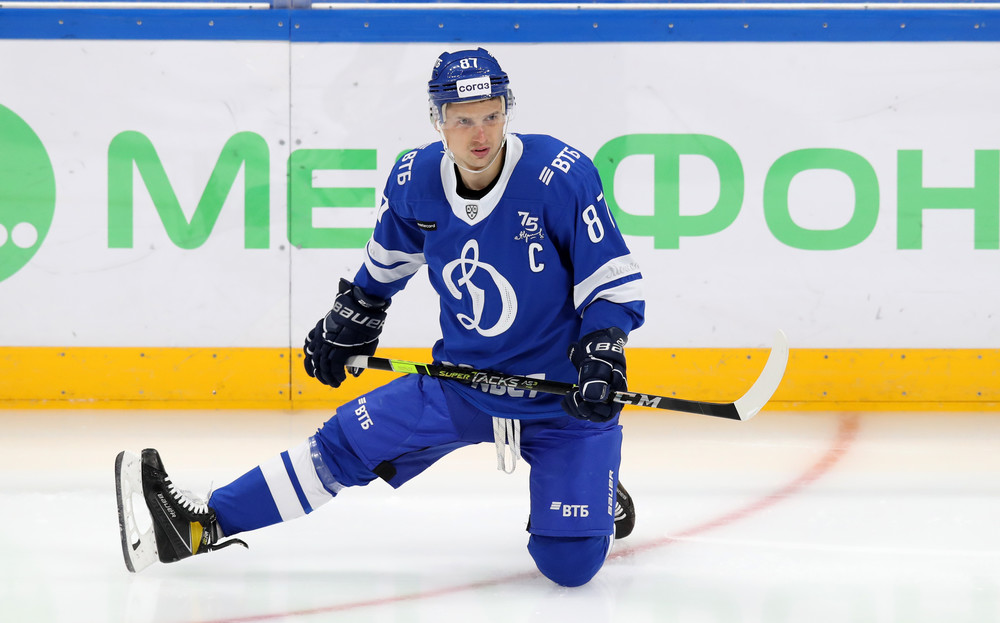