Galkin’s great save, Magnitka hits the front — the KHL week in review

At the top of the KHL standings, Metallurg went clear this week after posting its 10th successive win. Jokerit matched that streak and is two points behind. Vadim Shipachyov keeps on scoring for Dynamo, while Avtomobilist’s young goalie Vladimir Galkin produced a save to grace any highlight reel.

The KHL’s hottest two streaks continue, with Jokerit and Metallurg both bringing up 10 straight victories. The Finns reached that landmark on Friday with a 4-1 win over Severstal. Brian O’Neill (1+1) and Iiro Pakarinen (2+0) led the way in that game and continue to lead the club’s scoring. Then on Sunday, Metallurg won a table-topping showdown with Dynamo Moscow 4-2 thanks to a hat-trick from Nikolai Goldobin. Magnitka is currently two points clear at the top of the overall KHL standings.

Dynamo captain Vadim Shipachyov remains unstoppable in the scoring race. He picked up an assist in Sunday’s loss against Metallurg to take his current productive streak to 13 games — every appearance he’s made this season. In total he has 28 (9+19) points, 10 ahead of Metallurg’s Philippe Maillet. However, every Shipachyov was ejected from the game against Magnitka, his flawless start to the season may come to a halt due to suspension. 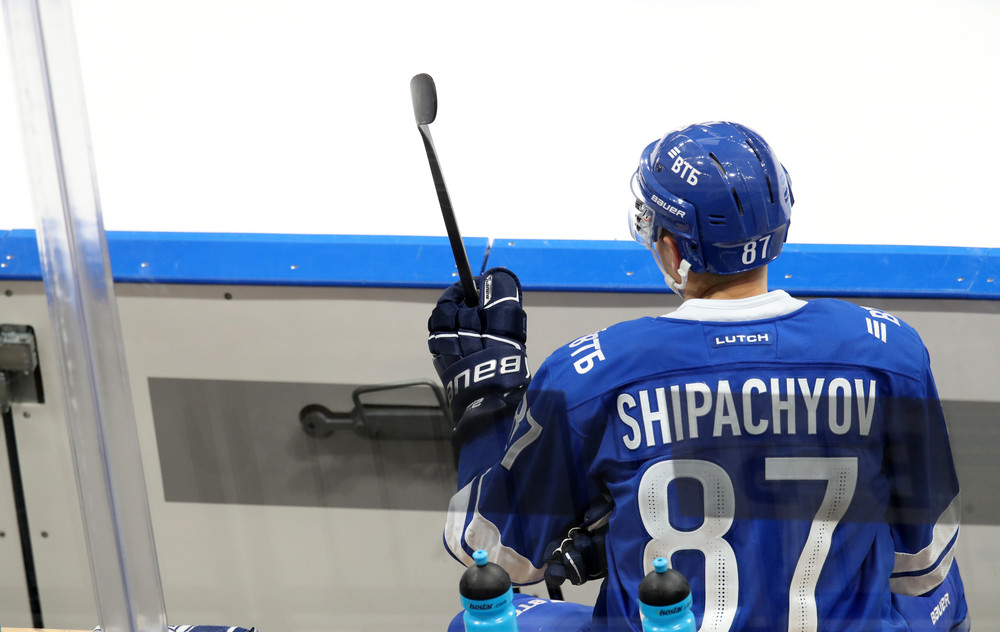 Avtomobilist goalie Vladimir Galkin pulled off a contender for save of the season in Friday’s game against Metallurg. After Philippe Maillet drilled the puck across the face of the net, a deflection took it into the danger zone. With Galkin sliding in the opposite direction, a goal seemed certain ... until the young goalie produced a spectacular stick save to keep his team in the game.

Nazarov back behind the bench

Outspoken and uncompromising, Andrei Nazarov has been missed since his last KHL job came to an end in Dec. 2018 at Neftekhimik. But now he’s back, replacing Evgeny Stavrovsky at HC Sochi. His early interactions with the media have already encompassed Belarusian politics (after a game against Dinamo Minsk) and how JC Lipon might resemble a young Darcy Verot (who owns the KHL’s all-time record for PIMs). Unfortunately, his opening game in charge ended in a 3-7 loss to Dinamo.

Igor Nikitin’s first week in Yaroslavl was a big success. The former CSKA head coach won his first three games as a Railwayman, picking up 4-1 victories at Avangard and Vityaz before edging Barys 4-3. Under Nikitin’s guidance, Loko is starting to look like the trophy contender many expected at the start of the season.

All-Star branding is out of this world

Chelyabinsk is preparing to host the 2022 All-Star Week and, with 100 days to go, the official logo and branding has been unveiled. And the theme this year takes inspiration from the 2013 meteorite that famously streaked across the city’s skies and put the name of Chelyabinsk into the headlines all over the world. Other features of the graphics are derived from the city’s industrial heritage as a metal-working and engineering center, with special emphasis on its wartime role as ‘Tankograd’, a key site for the construction of armored vehicles.

Jake Virtanen, one of Spartak’s summer signings, was late arriving in Moscow for his first KHL campaign. But he’s made up for lost time since joining the team. The 25-year-old from British Columbia has three goals in his first four games, making an immediate impact after leaving the Vancouver Canucks in the summer.

Chinese heritage goalie Kimberly Newell is gearing up for another season with KRS Vanke Rays in the Women’s Hockey League. But her experience of playing in China means far more than just hockey — it’s brought her closer to her family. In an exclusive interview with KHL.ru, she explained how she opted to do an additional course in Mandarin at college and, after joining KRS, was able to put those skills to good use when visiting her grandfather in Hangzhou.

“My grandfather was my main motivation,” Newell said. “I felt like I wanted to be able to have a real conversation with him. I didn’t want to regret never having really talked to him. My Chinese wasn’t perfect, but I got to see that I could actually communicate and get to know him in a way that would otherwise have been impossible.” 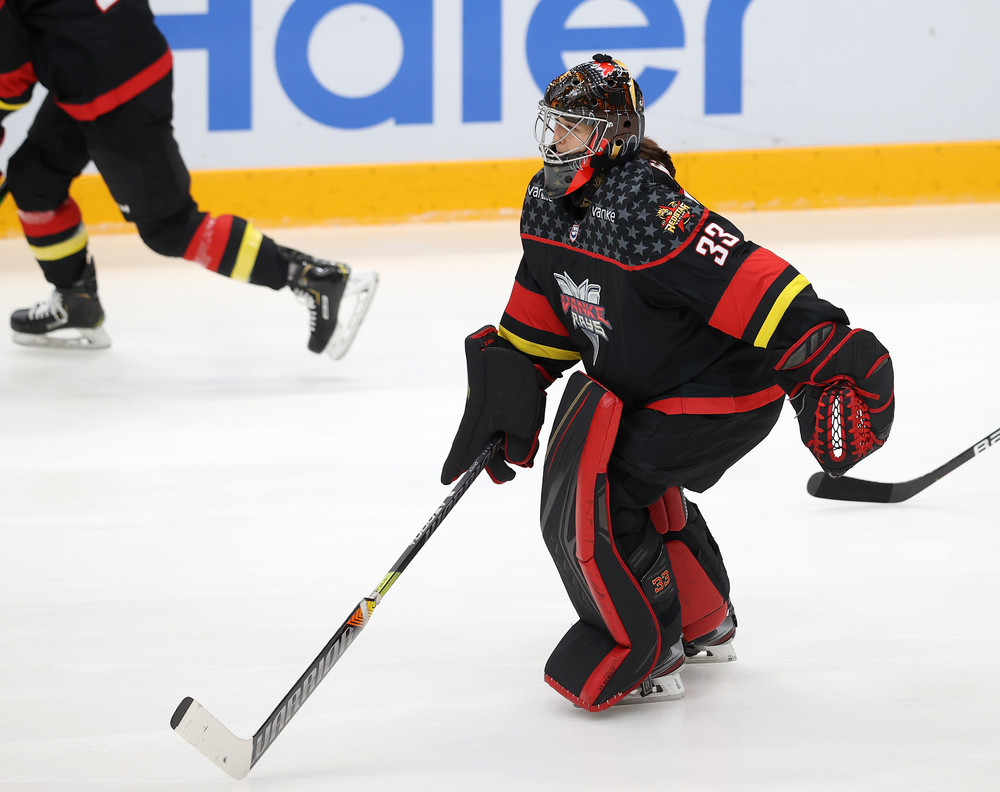