Two goals from Kirill Petrov sent the Eastern Conference final thundering into a game seven decider as Ak Bars dodged a knock-out blow by winning at Avangard. An often cagey encounter was settled in the third, with Petrov breaking the deadlock in the 45th minute before sealing the deal late on.

Kirill Petrov, a Kazan native who returned to his hometown team last season after helping Avangard to the 2019 final, celebrated his 31st birthday in style with a game-winning performance in Balashikha, keeping his own hopes of returning to the final alive at the expense of his former team-mates.

Ak Bars needed a win to prolong its season, and Dmitry Kvartalnov made some big calls when selecting his roster for Tuesday’s game. There was no place for Stephane Da Costa, with the team’s regular season scoring leader paying the price for a lackluster playoff that yielded just one goal and three assists in 10 games. Nigel Dawes, second to Da Costa in the first part of the campaign, suffered a similar fate — scratched after just one assist in his last seven appearances. Fellow imports Harri Pesonen and Mikael Wikstrand were dropped earlier in the series, so Patrice Cormier and understudy goalie Adam Reideborn were the only foreigners to make the team for game six. Young Nikita Dynyak made his playoff debut for Ak Bars.

With Kazan’s foreign legion struggling to make an impact in the playoffs, Petrov has led the scoring alongside Stanislav Galiyev. Early in the third period, those two combined for the all-important opening goal here. Galiyev ran over Ville Pokka to lead the rush and set up Petrov for the finish. And it was Petrov who wrapped it up with an empty net goal in the last minute as Ak Bars extended the home ice curse in this series and tied it up at 3-3 with the decider to come on Thursday in Tatarstan. 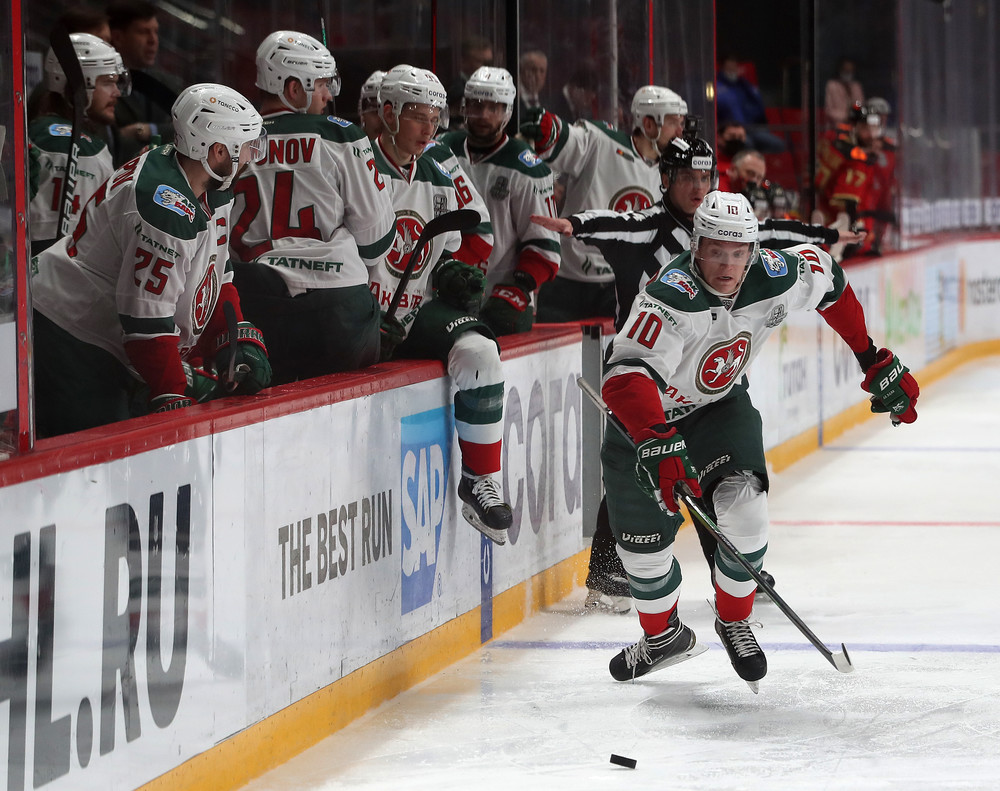 Thus, Kvartalnov’s bold move paid off after a game that produced more tension than genuine thrills. Avangard, frustrated in its bid to set up a repeat of the 2019 final against CSKA, will point to chances in the first period that could have changed the game. Most notably, Reid Boucher and Damir Sharipzyanov combined to present Yegor Chinakhov with a great opportunity in the sixth minute, only for the youngster to shoot wide.

The opening frame was pacey and evenly matched, but as time passed, both teams played more cautiously. The second session saw far fewer forays into enemy territory, although Alexander Burmistrov caused a scare when he tested Simon Hrubec on the wraparound before Viktor Tikhonov was wide from the rebound. At the other end, a defensive error almost gifted Sergei Tolchinsky the opening goal, but the visiting defense recovered to charge down the Avangard forward’s shot. 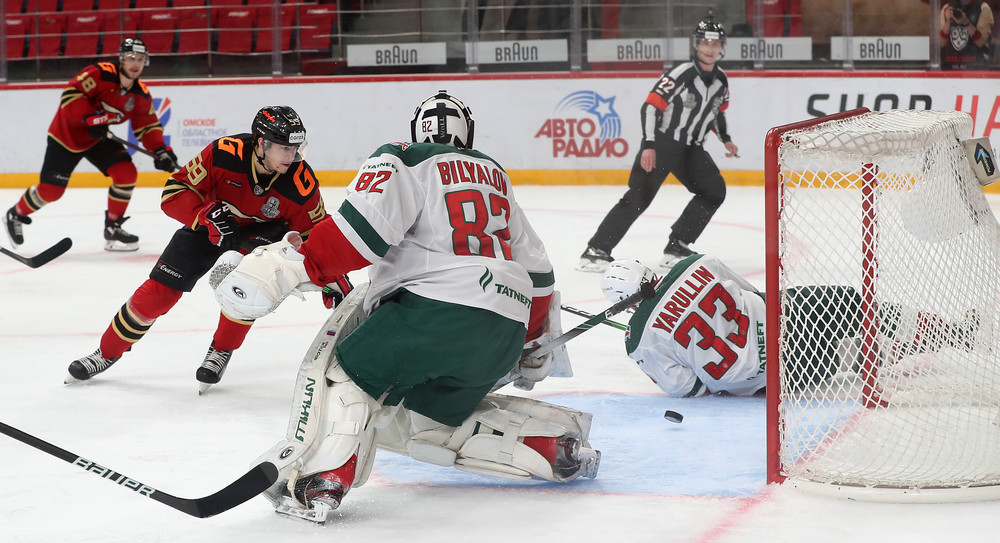 For the most part, though, it was Ak Bars that enjoyed possession of the puck. The visitor had far more time in the Avangard zone in the middle stanza, with Timur Bilyalov facing just three shots in the period. When the Hawks did get chances to test the Kazan defense, they ran into a solid wall of resistance that made it hard to see from where a goal might come.

And that defensive solidity remained intact until the last. While Petrov kicked off his birthday party with two vital goals, Avangard’s forwards found that even puck possession could not change the game in the third. The home team had 28 attempts in the final frame, most of them after falling behind. Tellingly, though, Bilyalov only had six saves to make as his defense imposed a lockdown in their zone.

A remarkable series will now go the full distance — and after six encounters we are still awaiting a home win in the Eastern final. Can Kvartalnov and his team snap that curse at the final time of asking, or will Avangard demonstrate once again that sometimes, home comforts offer little help? We’ll find out on Thursday when the Gagarin Cup final pairing will be confirmed at last.