Man of the Week — Nikolai Goldobin

KHL.ru’s weekly column goes on with the former CSKA forward, who found his groove after being traded to Magnitogorsk at the KHL trade deadline in December.

As the teams are now on the hunt for the most coveted trophy, players need to step up their production to help their teams to go on in the elimination rounds. This is precisely what Nikolai Goldobin did — after a so-so regular season, the 25-years-old forward in his first KHL season was the first round’s top scorer, with 8 (5+3) points for Metallurg in the six-game series against Barys. The Magnitka man joined the Steelers near the trade deadline after producing only 11 (4+7) points in 21 games. On the southern Urals, Goldobin’s production didn’t differ much as he appeared just eight times on the scoresheet, with two tallies and six helpers in nineteen matches. However, in the playoffs, Goldobin stepped up and led the whole league with his eight points. The Moscow native was instrumental, especially in the first game, when he led the Steelers, potting a double and adding a helper in his side’s 7-4 win. He also had two other multi-point games later in the series. First, he appeared in both goals when Metallurg lost 2-4 in the Kazakh capital. Then, when Ilya Vorobyov’s men made the decisive step ahead in game-5, he scored two points in just 13:20 of time on ice.

Metallurg is expected to a much more complex challenge in the East semis as the Urals side will face Avangard. It will be an exciting duel against the Hawks’ forward Sergei Tolchinsky, who also had 8 (3+5) points in the first round.

Nikolai Goldobin was born in Moscow on Oct. 07, 1995. He started playing with the local team White Bears, just as many other decorated Russian players like Nikita Kucherov, Nikita Gusev, Vasily Podkolzin, Igor Ozhiganov, Andrei Kuzmenko, and many others. After playing with the White Bears, Goldobin also lined up for CSKA and Krylya Sovetov. Finally, in 2011-2012 he played his first season in the JHL with Vityaz’s junior team, scoring a respectable 22 (13+9) points in 50 regular-season games as a 17-years-old. After the campaign with Vityaz, he was drafted into the KHL by Metallurg Novokuznetsk, but he never joined the Siberian team as he moved overseas after being picked in 2012 in the CHL Import Draft by the Sarnia Sting of the OHL. 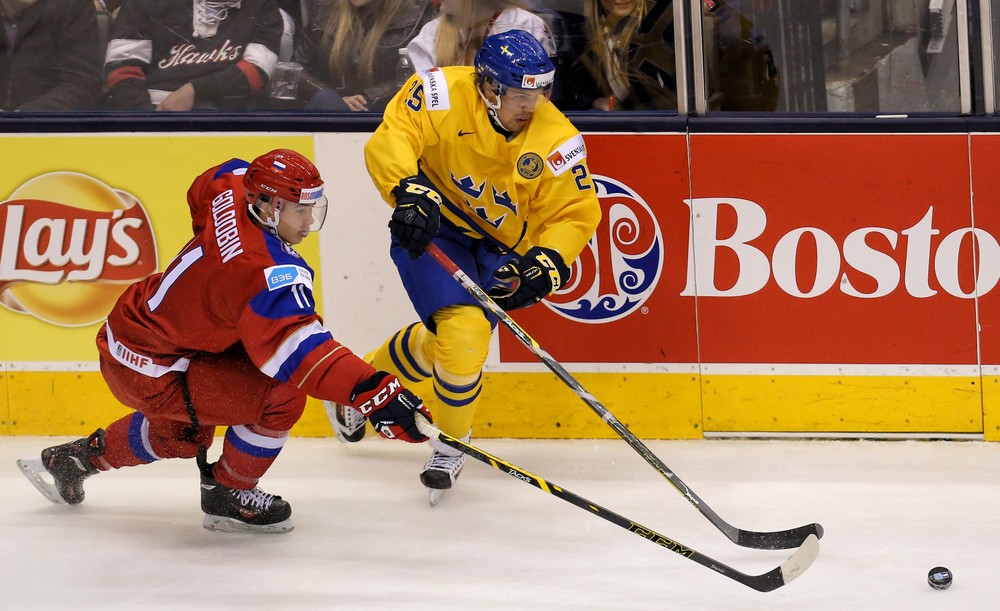 In Sarnia, Goldobin had two very productive seasons, especially his second one. In 2013-2014, playing with his current teammate Nikita Korostelyov and Severstal forward Vladislav Kodola (who was traded mi-season), he led the Sting with a whopping 94 (38+56) points. However, the Sting missed the playoffs. In June 2014, he was drafted into the NHL by the San Jose Sharks with the 27th overall pick. In 2014-2015, Goldobin’s career took an unordinary path as he joined the Finnish side HIFK to further hone his development before trying to break into the NHL. In the Liiga, he had an excellent season. Besides scoring 21 (11+10) in his first senior hockey campaign, he also helped Russia get home with a silver medal at the 2015 IIHF U20 World Juniors in Canada. After lining up for HIFK, Goldobin got his feet wet in the AHL, playing 13 games with the Worcester Sharks.

He was then finally given a well-deserved NHL debut, but he failed to provide a good impression with the Sharks. On Mar. 1, 2017, after only 11 NHL games with the Californian franchise, he was traded to the Vancouver Canucks. The Canadian team will then be a better match for Goldobin, who ended up playing more than 100 NHL games with the Canucks. In 2018-2019, the Muscovite was a full-time member of Vancouver’s offensive lineup, scoring a career-high 27 (7+20) points in 63 regular-season games. However, that was ultimately not enough to secure a further showing with the Canucks. The forward spent most of the 2019-2020 campaign with the Utica Comets, finishing second in scoring with 50 (19+31) points, trailing only to Avangard’s Reid Boucher. As an impending free agent, Goldobin opted to return home and signed a contract with CSKA Moscow.

Goldobin was thought of as one of the top offseason acquisitions by the Red Army — a capable young man with plenty of experience and an excellent set of skills that make up the perfect identikit of a successful KHL player. However, Goldobin failed to break into the CSKA’s top-six and was unable to produce. He amassed some points, but he lacked the consistency to gain the time on ice everyone thought after signing his contract with the Red Army. At the trade deadline, he was then picked up by Metallurg, who have now added a critical weapon to their arsenal for the playoffs.

Moreover, with the Avangard vs. Metallurg series starting tomorrow, we’ll see a fantastic duel of scorers when Tolchinsky and Goldobin meet up in Balashikha. Both teams can boast powerful support lines, and it will be an exciting and thrilling series that promises to be a prolonged one. 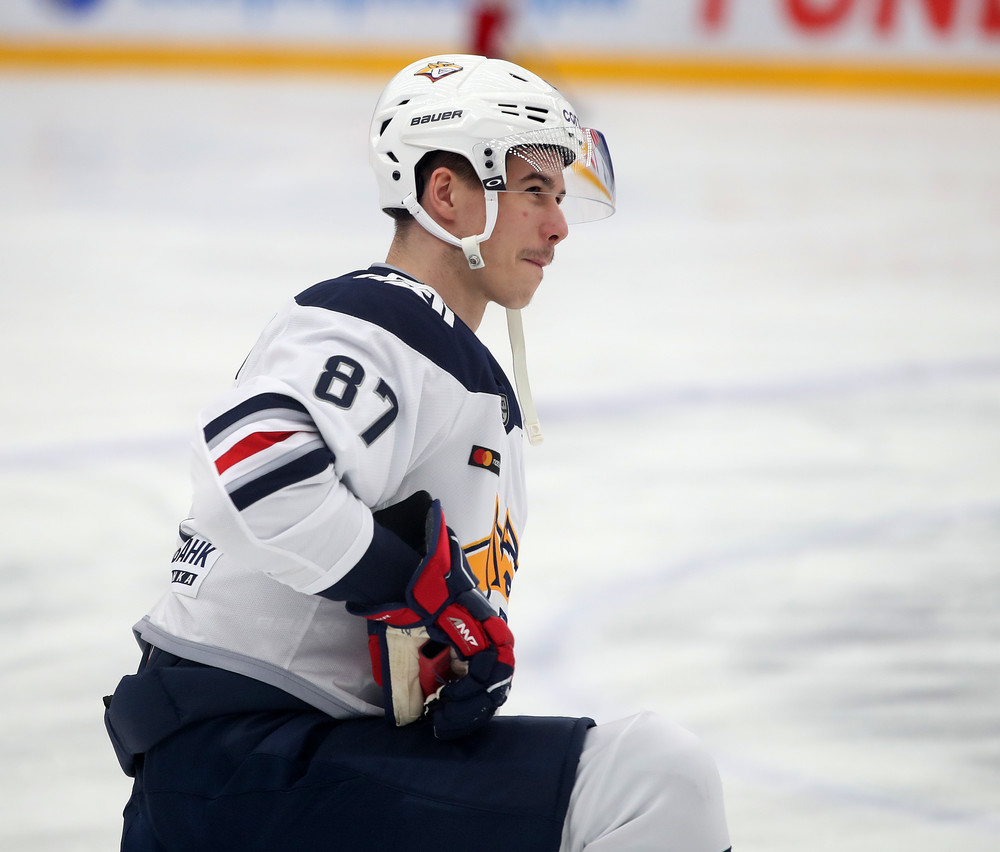