Playoff round one — Datsyuk’s record, big crowds in Minsk

The first round of the 2021 playoffs saw Pavel Datsyuk become the oldest player to score in KHL post season, while Dinamo Minsk welcomed the biggest crowd of this restriction-hit campaign to its final game. Round two starts Wednesday, and the top playoff scorers to date are set to go head-to-head.

Round two ready to go

The first round of playoff action saw all four series go according to the seeding. The Conference semi-finals get underway on Wednesday, with the top seeds from each section in action. CSKA takes on Lokomotiv, while Ak Bars faces Salavat Yulaev. Thursday sees the start of the two other series, with SKA up against Dynamo Moscow in the West and Avangard taking on Metallurg.

Avtomobilist’s playoff campaign is over — but before the end, Pavel Datsyuk set yet another record. When he opened the scoring in game five of that series, the Magic Man became the oldest player to score in a KHL playoff. Aged 42 years, 233 days, he overtook the record set by Sergei Fyodorov (42 years, 100 days) while playing for Metallurg back in 2012. Oddly, both players scored on Avangard, and both finished on the losing side in both game and series.

Big crowds are back

Dinamo Minsk is traditionally one of the best supported teams in European hockey and in this COVID-hit season, the Belarusians set a new mark for the biggest crowd of the campaign. 13,056 fans came to Arena Minsk for game four of the playoff series against SKA, and they inspired their favorites to a 2-1 victory that kept the contest alive. Ahead of the playoffs, Belarus relaxed its restrictions and allowed venues to sell 80% of capacity, enabling Dinamo to post the highest attendance of the season. Sadly, though, there will be no repeat: SKA wrapped up the series on Wednesday, ending the Bison’s campaign.

Swedish international defenseman Oscar Fantenberg signed a two-year extension on his contract with SKA. The 29-year-old, who had three seasons in the NHL before arriving in Petersburg, has been deployed in a ‘stay-at-home’ role on Valery Bragin’s team, collecting seven assists in 37 regular-season games. SKA is his second KHL team, having played with HC Sochi in 2016-2017, a year after winning the Swedish title and Champions Hockey League with Frolunda.

Despite going out in the first round of the playoffs, Severstal opted to extend head coach Andrei Razin’s contract for two more years. Razin, 47, started work in Cherepovets during the 2018-2019 season. The current campaign was a big step up for a youthful roster, with the Steelmen making the playoffs for the first time since 2018. 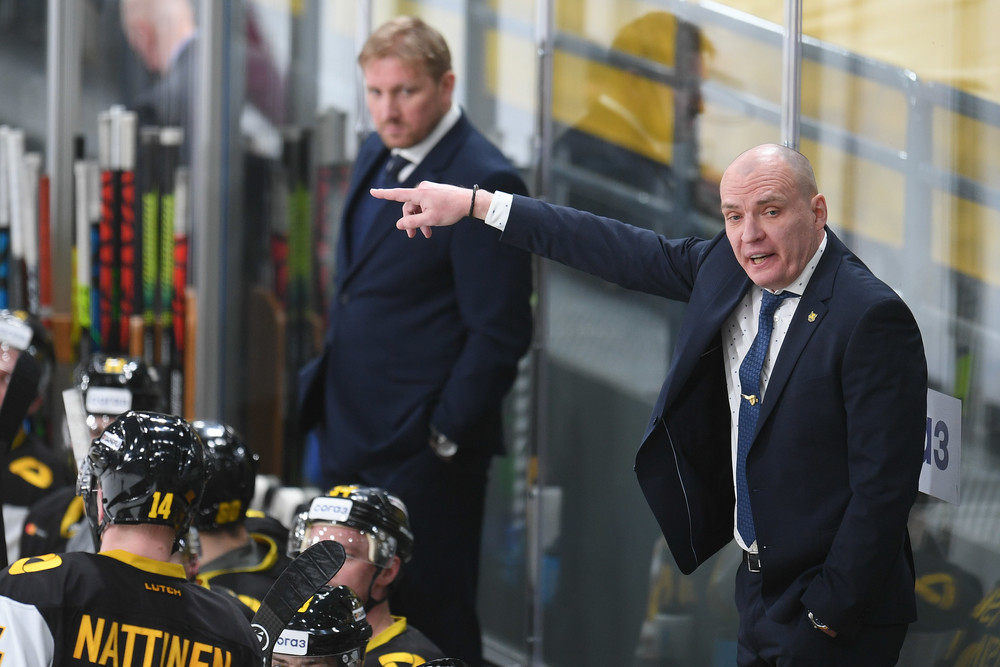 Nikolai Goldobin was the top scorer in the first round of the playoffs. The Metallurg man had 8 (5+3) points from six games against Barys, putting him just in front of Avangard’s Sergei Tolchinsky (3+5). It’s a step up in production for the 25-year-old, whose regular season return came to 19 (6+13) points from 40 games, split between CSKA and Magnitka. In the second round, Goldobin, a first-round draft pick for the Sharks in 2014, will go head-to-head with Tolchinsky as the Steelmen take on the Hawks.

The first round of the playoffs was marked by some stellar goaltending. Lars Johansson (CSKA) and Timur Bilyalov (Ak Bars) topped the charts after stopping 97.7% of shots faced in their series against Spartak and Torpedo respectively. Johansson also had two shut-outs in four games, matched by Lokomotiv’s Eddie Pasquale. At Salavat Yulaev, Juha Metsola also had two blanks, back-to-back, as he set a record playoff shut-out streak for his club.

Dinamo Riga’s season of struggle resulted in the decision to part company with head coach Peteris Skudra after just one year. But the one-time Pittsburgh goalie is hopeful of a bright future for his hometown team after seeing Latvia’s young prospects get their chance.

“We understood that parting with [several more experienced players] could save some money and give more space to local players,” Skudra told KHL.ru. “For example, a promising center like Janis Svanenbergs. It’s the right time for a rebuild in Riga and I’m proud to be the man who started it. I think from now on, the franchise will move in the best possible direction.”

Peteris Skudra: Correctness is the most important thing in coaching 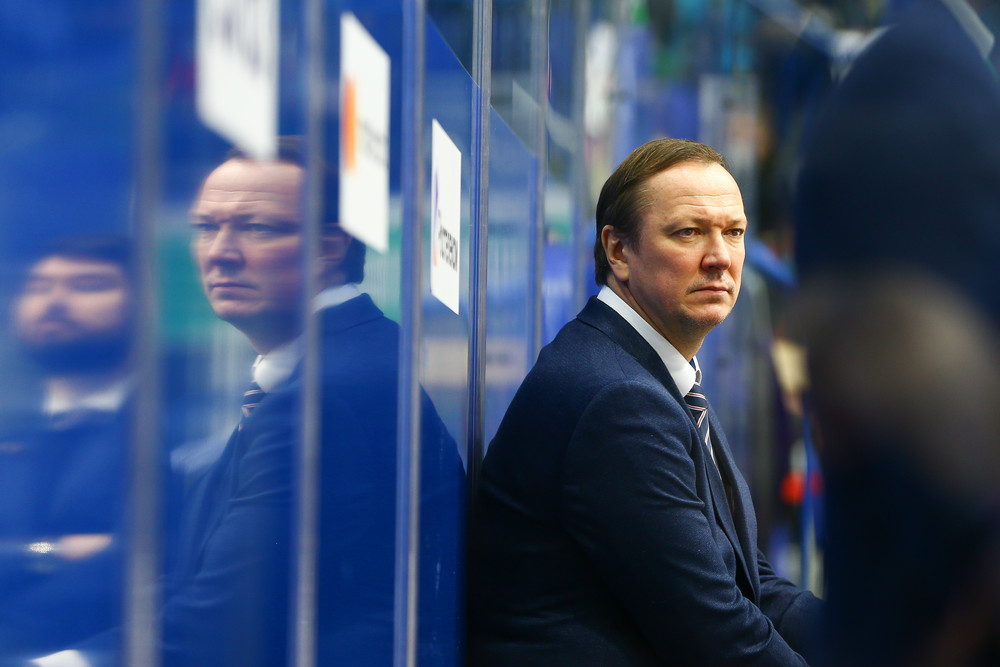 Matvei Michkov, the 16-year-old scoring sensation of regular season, got his first taste of playoff action with SKA-1946. In both games, he picked up an assist as his team twice defeated Almaz. In addition, he had two successful efforts, including the game-winner, in a shoot-out after the first game ended in a 2-2 tie. SKA-1946 won the second game in regulation.

The WHL’s final series was due to start on Saturday, with defending champion KRS Vanke Rays taking on Agidel for the 2020/2021 title. However, two days before the opening game, it had to be postponed after several players on the Ufa tested positive for COVID-19. The league will reschedule the games for a later date and the revised schedule will be announced in the near future.

In the semi-finals, KRS Vanke Rays swept Biryusa while Agidel edged past SKIF in three games.