Man of the Week — Ilya Kovalchuk

KHL.ru’s weekly column goes on with Ilya Kovalchuk. The veteran has been on fire recently, scoring a double in game-4 Avangard’s win over Avtomobilist on Monday. Kovalchuk potted the game-winner in the second OT to give the Hawks a 3-1 lead in the series.

The most inspiring moment of the season arrived as the hunt for the most coveted trophy arrived. As the saying goes, when things get tough, the tough get going — this is what happened on Monday when Ilya Kovalchuk tuned in hero mode and potted a double, including the game-winner in second OT to give Avangard a well-deserved 3-1 lead in the series against Avtomobilist. With the Motormen up by two in the first period, Kovalchuk himself cut Avtomobilist’s lead by deflecting a blue line slapshot by Alexei Bereglazov. It has been a fantastic battle for Kovalchuk against another top veteran, Pavel Datsyuk, who had two assists in the night, including a magic pass to set up Brooks Macek for the 3-1 lead. However, the Hawks fought back, and Jiri Sekac sent the game to OT with a close-range finish after another fantastic assist, this time by Corban Knight. In the second OT, the Hawks eventually won the game when Kovalchuk sent the puck home after a swift pass by Sergey Tolchinsky — one of the best players for Avangard thus far in the postseason.

“For the whole season, we had the goal of being the best team in the league by physical preparation,” Bob Hartley said after his team’s victory that got the Hawks on the brink of crashing into the next round. “Tonight I had the impression of seeing a 22-years-old Kovalchuk. He was flying on the ice and didn’t even break a sweat. This is why I had him having a few extra shifts.”

Kovalchuk is currently leading Avangard with three goals in four games and trails only Tolchinsky by two points.

Ilya Kovalchuk was born in Kalinin, today’s Tver, a city some 110 miles northwest of the Russian capital. However, he started his path toward greatness with Spartak Moscow, with his first years as a pro in the Vysshaya Liga, posting excellent numbers for such a young player, scoring more than a point a game in 2000-2001. Later that season, Kovalchuk helped Russia claiming a gold medal at the 2001 IIHF U18 WJC in Finland, when he led the tournament with 11 goals and 15 points. Earlier that year, the forward also represented Russia at the 2001 IIHF WJC on home soil, which ended up as a disappointment after a quarterfinals exit against Sweden. After such a fantastic showing on the international stage, Kovalchuk became the first Russian player to be picked first overall in the NHL Draft’s history in 2001 following the Atlanta Thrashers selection.

Kovalchuk then crossed the Atlantic and became a star in the NHL right away. Gifted with speed to burn and a fantastic shot, he won the Calder Trophy as the best rookie in 2002, when he also represented Russia for the first time at the Winter Olympics. In 2003-2004, Kovalchuk won the Maurice Richard Trophy as the NHL’s top goalscorer with 41 tallies. In 2004-2005, with the NHL season stopped due to the lockout, he spent the campaign in the Russian Superleague with Atlant and Ak Bars. In 2005-2006, he set his career-high with 52 goals. Kovalchuk scored plenty of goals with the Thrashers but lacked a strong supporting cast and reached the playoffs only once. He was then traded to the New Jersey Devils in 2010. In New Jersey, he will then reach the Stanley Cup Finals in 2012, but the Devils had to surrender to the Los Angeles Kings en route to their first Stanley Cup title. Kovalchuk led the Devils with 19 points in the playoffs. However, that season would be the last full one for Kovalchuk with the Devils. With another NHL lockout in 2012, he played 36 games with SKA St. Petersburg before returning to New Jersey to finish the season and then dissolve his contract with the franchise.

As an impending free agent, Kovalchuk signed a four-year deal with SKA and helped the St. Petersburg franchise have its first Gagarin Cup triumph in 2015, scoring the title-clinching goal and being named the playoffs’ MVP. He scored the eventual championship goal in 2017 as well — just one year before fulfilling his dream of capturing an Olympic gold medal helping the Red Machine triumphing in South Korea in 2018. Already a decorated player on the international scene with a fantastic showing in 2008 in Quebec, Kovalchuk added an Olympic gold to his impressive hardware collection. Always a leader for his teams, at both club and national team level, the Tver native has continuously shown an incredible drive and excellent example in the locker room. 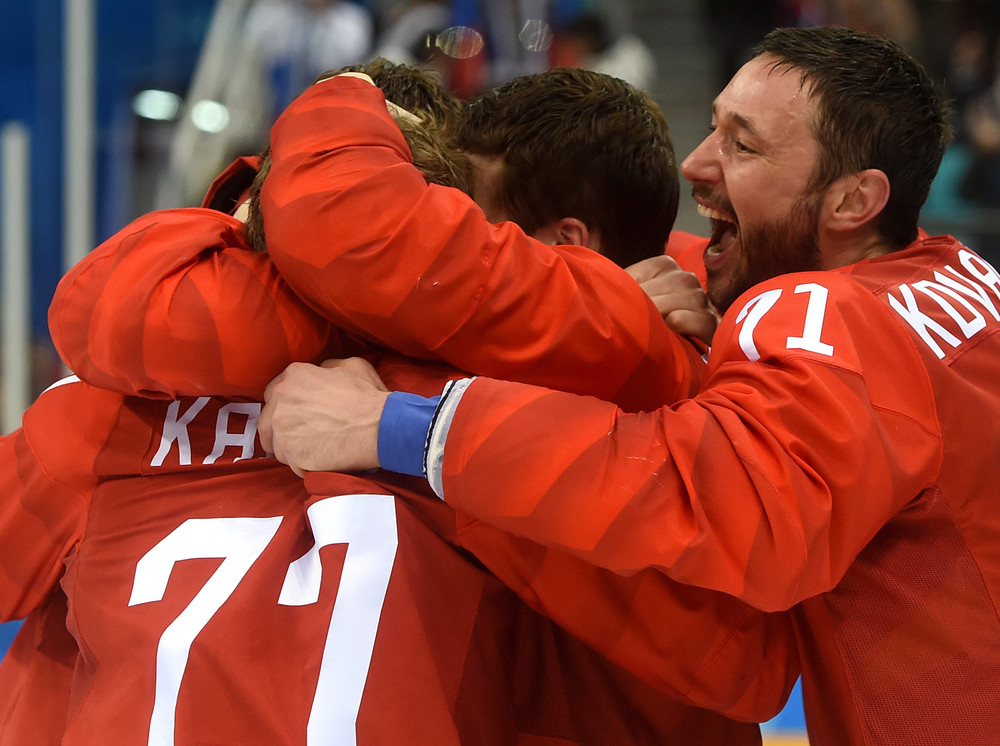 After his four-year tenure in St. Petersburg, with two Gagarin Cup triumphs, Kovalchuk decided to return to the NHL, signing with the Los Angeles Kings. However, this second stint wouldn’t be as successful as the first. Kovalchuk struggled to get to the scoring sheet regularly and was then traded after less than 20 games in the cut-short 2019-2020 season. He changed another two teams, also playing with Montreal Canadiens and the Washington Capitals. Despite reaching the 10-goal mark playing only 46 games, Kovalchuk wasn’t resigned and returned to Russia once again. On this year’s deadline, the Hawks announced to have signed Kovalchuk for the remainder of the season. Rejoining Bob Hartley — his coach in Atlanta — and wearing his trademark #17, Kovalchuk quickly gained form and finished the regular season with 17 (5+12) points in 16 games. And now that it counts the most, Kovalchuk is showing his best hockey. Just as any leader should do. This year, the Hawks will have a weapon that they didn’t have the luxury to dispose of to reach their ultimate goal of winning their first-ever Gagarin Cup. 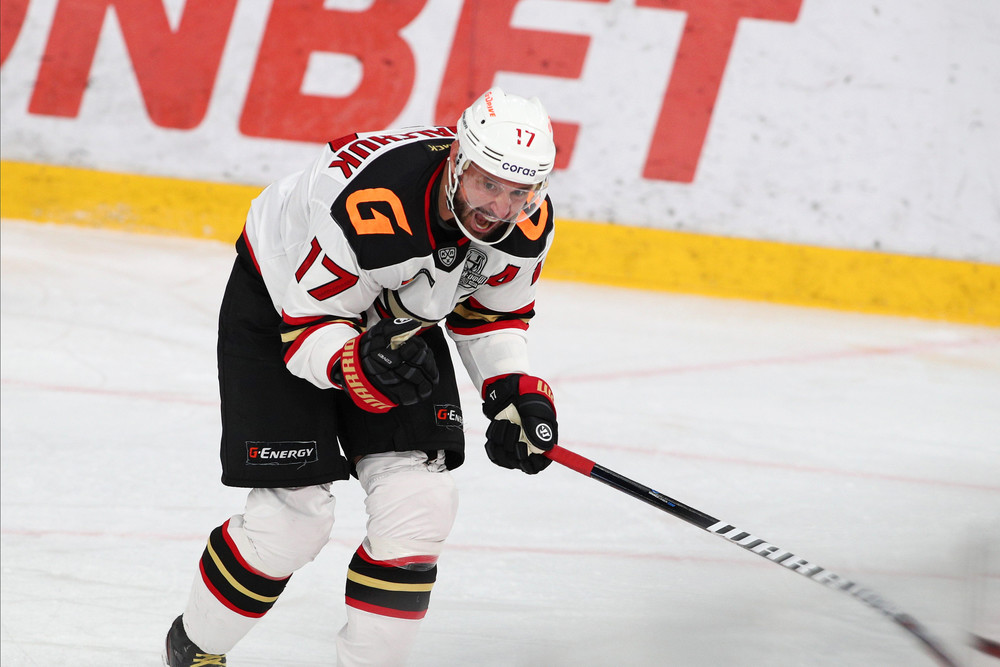