The regular season reached its climax with CSKA coming out on top. Dynamo Moscow’s forwards dominated the scoring race, and junior players saw more action than ever before. But what will post season bring?

The race for the regular season championship went down to the final day of the season — and it came to a showdown between Ak Bars and CSKA in Kazan. The home team had led the way for much of the campaign, but the Army Men have plenty of experience when it comes to winning Continental Cups and that made the difference here. A single goal from Artyom Sergeyev saw CSKA win 1-0 and claim the trophy for the sixth time in seven seasons, an outright KHL record.

Vadim Shipachyov was the KHL’s leading scorer in the regular season and his Dynamo Moscow team mate Dmitrij Jaskin was the top goalscorer. Jaskin’s 38 goals also overtook the long-standing record haul for a single season at Dynamo, set half a century ago by Alexander Maltsev. And there was a strong American accent among the individual awards, with Torpedo’s Chris Wideman finishing as the most productive defenseman and Jokerit’s Brian O’Neill securing the best plus/minus. In both cases, it was the first time an American player had topped those categories.

The playoffs start tomorrow and the match-ups are all set. Tuesday’s schedule sees four ties: SKA vs Dinamo Minsk, Avangard vs Avtomobilist, Metallurg vs Barys and Dynamo Moscow vs Severstal. The other four series begin on Wednesday, with the following pairings: CSKA vs Spartak, Ak Bars vs Torpedo, Lokomotiv vs Jokerit and Salavat Yulaev vs Traktor. The first round series are played until one team has four victories. Most of them are on a home-and-away basis, with the higher-ranked team from regular season playing at home in games one, two and, if necessary, five and seven. However, Jokerit has forfeited home ice advantage for this year’s playoffs in order to ease the logistics of players crossing the Finnish border repeatedly and at short notice. Thus, every game in its first-round series will take place in Yaroslavl.

Youth gets its chance 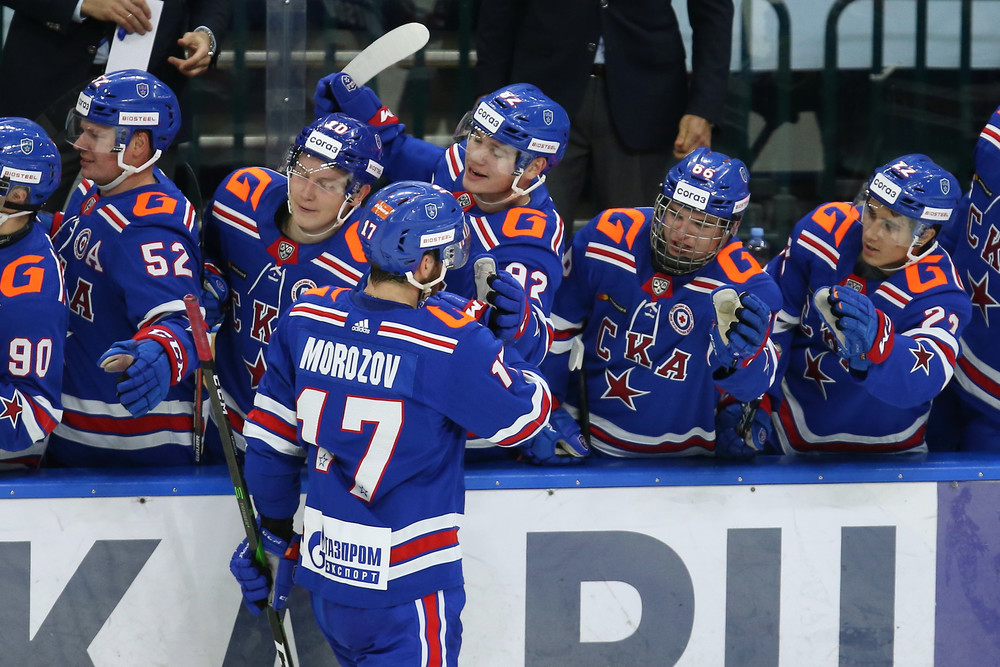 The Smart Puck stats offer some insights into the fastest, hardest-hitting and most enduring players in the past season. Chay Genoway skated further than anyone else, covering more than 300km for Avtomobilist. Jokerit’s Alex Grant tied with JC Lipon of Dinamo Riga in the speed stakes, with both players clocking in at 39.5 km/h. The hardest shot belonged to CSKA’s Maxim Shalunov at 169.5 km/h. 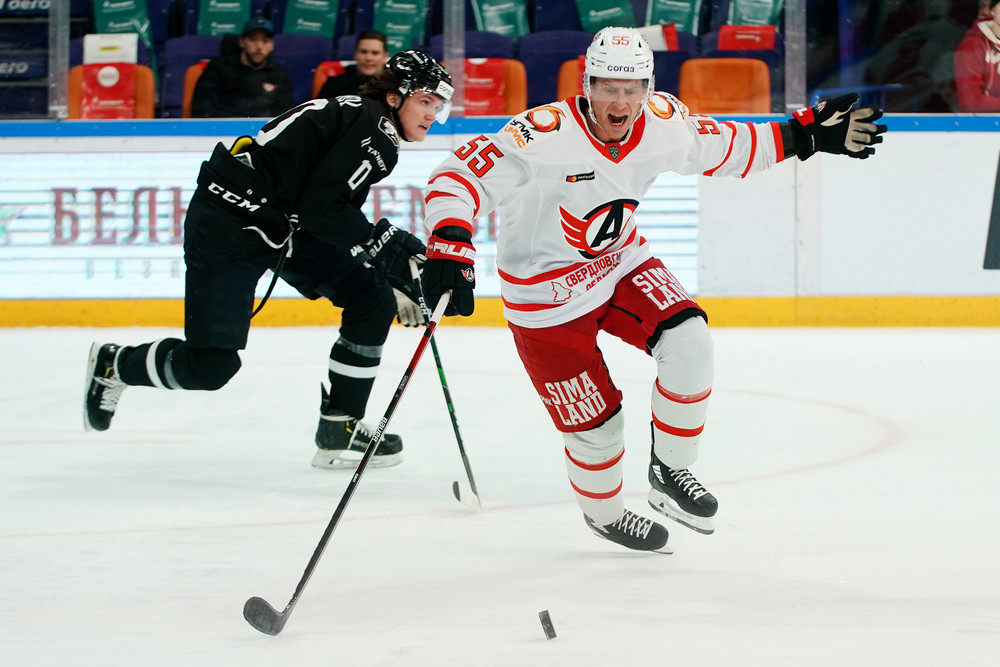 The SKA-1946 forward scored on Spartak and took his tally to 55 (37+18) points for the season. The 16-year-old beat Nikita Kucherov’s record for the most productive campaign from a u17 player.

In addition, Matvei Michkov leads the goalscoring charts in the JHL, four ahead of his closest rivals.

KRS Vanke Rays underlined their status as the red-hot favorite to defend their Women’s Hockey League title after reeling out 17 straight victories to complete the regular season. The Rays’ final games of the season were on the road in Krasnoyarsk, and finished in wins over Biryusa (7-1 and 5-2). The two teams will meet again in the playoff semi-final on March 3 and 4 in Krasnoyarsk, with a third game to be played in Stupino if needed. The other playoff match-up pits Agidel Ufa against SKIF Nizhny Novogorod.

Team success brought individual triumphs, with almost all the key statistical awards from the regular season going to KRS players. Alex Carpenter was the leading point and goalscorer with 55 (29+26) from 28 games. Megan Bozek was the most productive blue liner (13 goals, 23 assists). Kimberly Newell was the best goaltender, with six shut-outs in 18 games and a GAA of 0.72 after stopping 96.1% of shots.