A legend returns — the KHL week in review

Avangard made the biggest trade before this season’s deadline, while KHL President Alexei Morozov had an unusual family reunion on the ice.

Kovi comes back to Russia

Legendary Russian forward Ilya Kovalchuk is back home — and preparing to make his debut for Avangard. The 37-year-old’s move to the Hawks was the headline grabber of the final days before the trade deadline as the World and Olympic champion agreed a deal until the end of this season with the option of a full extension for 2021-2022. Avangard GM Alexei Volkov spoke in glowing terms of his club’s latest recruit and explained the thinking behind the move: “In bringing Kovalchuk to Avangard, we achieve two things. First and foremost, he has a huge desire to play hockey and contribute to our team. Ilya will strengthen our forward line and, especially, our power play. He knows Bob Hartley and his systems very well and played for him in the NHL.

“In addition, we’re counting on him in the locker room as well as on the ice. We need a leader who can take charge of the situation, lead by example on the ice and change the course of games. That’s what Kovalchuk’s vast experience can give us.”

The World Junior Championship got underway in Edmonton on Christmas Day — and Russia enjoyed a great win over the USA before slipping to a surprise loss against the Czech Republic. Against the Americans, Igor Larionov’s youngsters got everything right and lived up to their billing as pre-tournament favorites with a 5-3 win. As impressive as their hockey was their discipline: not a single penalty was called against the Red Machine got off to a fine start. Avangard Yegor Chinakhov, Zakhar Bardakov of Vityaz and Kazan’s Ilya Safonov were among the scorers.

Against the Czechs, though, things were very different. For the first time in nine years, a Russian team failed to score in a WJC game, failing to unlock a hard-working defense and falling to a 0-2 loss. Larionov likened the game to the World Cup soccer match-up in 2018, when Russia shocked red-hot favorite Spain in Moscow: “The Czechs built up a tight defense in the center and kept us to the outside,” he said. “It was difficult to break through against five players. We cannot always give our guys a pattern that will overcome this, sometimes the game dictates its own terms.”

Dec. 22 is recognized as the birthday of Russian hockey and this year’s celebrations had a special family flavor. To mark the occasion, KHL partner Mastercard set up an exhibition game on Red Square, with a veteran men’s team taking on a representative team from the Women’s Hockey League. And that set up a unique family rivalry between the men’s captain, Alexei Morozov, and his cousin Nadezhda Morozova, goalie for the women. “I’m so happy that after 13 years in hockey, I finally got the chance to play against my cousin on the same ice,” Nadezhda said after the game. For his part, the KHL president — two-time World Champion, double Gagarin Cup winner — was impressed by what he saw from the ladies. “Thanks to the girls for making this a special holiday with their play — no matter how hard I tried, I couldn’t score on Nadya!” he said. “I wish our girls every success as they move forward, and I hope they will continue to delight us with their beautiful game.” 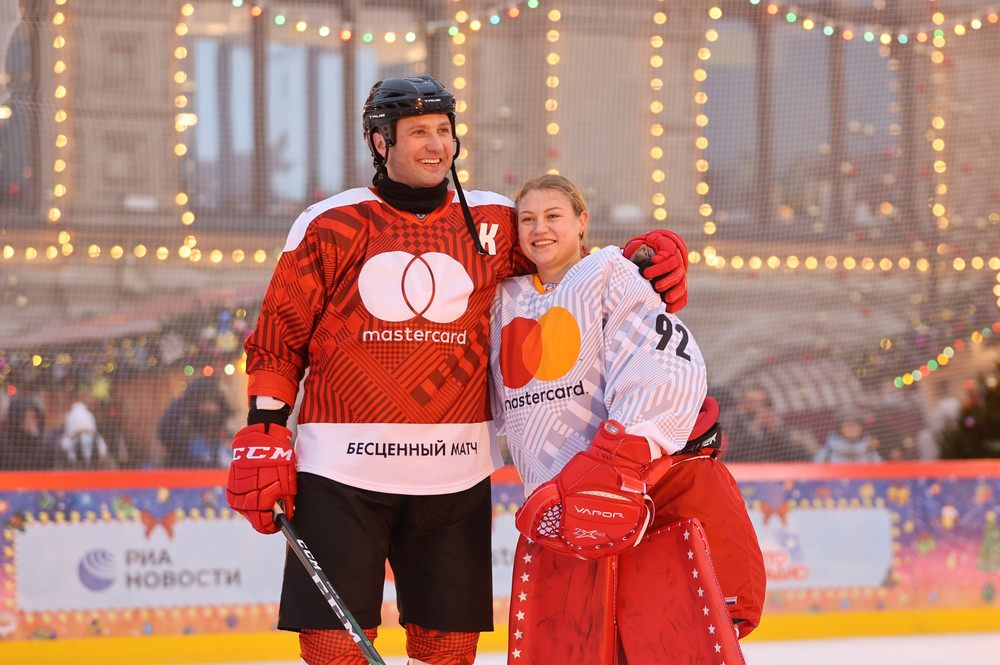 The second edition of the Sledge Hockey Continental Cup will be played in Sochi this summer. The four-team international tournament is set to play at the Iceberg Arena from May 31 to June 6, and will form a big part of Team Russia’s preparations for the 2022 Paralympic Games. In 2019, Russia entered two teams in the tournament, competing against Germany and Slovakia but the planned 2020 contest had to be shelved due to the pandemic. KHL president Alexei Morozov said: “The Paralympic movement has faced real difficulties during the pandemic, so it is important for us to help out. Supporting sledge hockey is one of the most significant KHL social projects. I’m sure this tournament will be a big part of every team’s Paralympic preparations and each game will be even more exciting.”

Searching for the perfect New Year gift for the hockey fan in your life? Take a look at the official 2021 calendars from the KHL and Women’s Hockey League. In the men’s game, the theme is bridging the gap between generations, with stars of the KHL and JHL appearing together in 12 specially-imagined images that also touch on the history and culture of the cities represented in the leagues. The women, meanwhile, went for a photoshoot inspired by the work of ground-breaking fashion photographer Peter Lindbergh; a stripped-back, black-and-white visual language helps to reveal the woman behind the athlete in 12 striking portraits of some of the WHL’s top players. Both are available from the KHL’s online store.

12 New Year stories: the joint KHL and JHL calendar for 2021 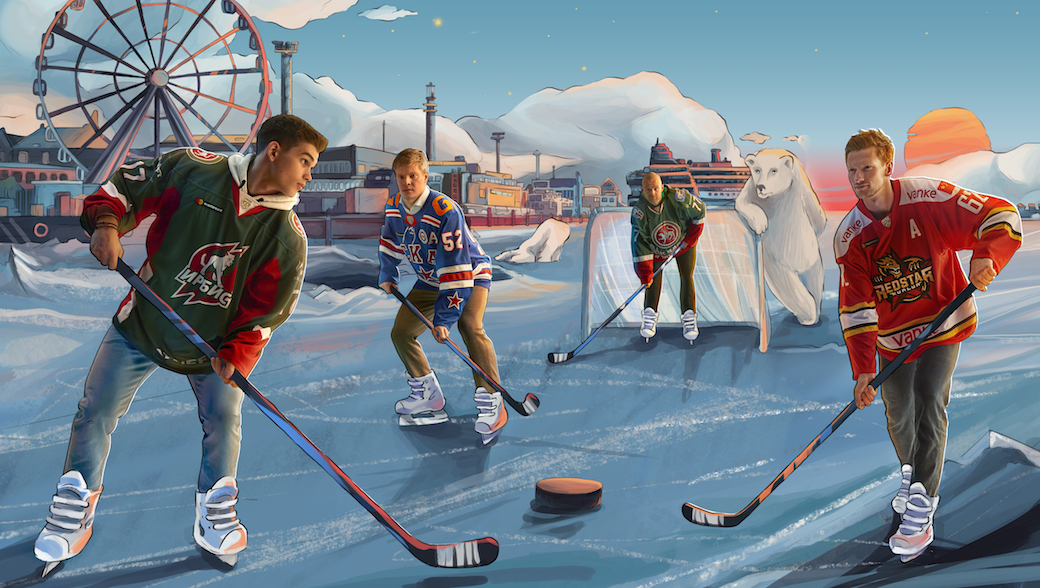 As usual, the KHL program takes a brief pause for the New Year holiday. After a busy slate of eight games on Dec. 30, our teams take a three-day rest before the action resumes Jan. 3 with the first play of 2021.