KHL forwards are making waves — whether it’s achieving landmarks ... or taking a hit from the players who inspired them.

Last week brought two big statistical milestones. First, Vadim Shipachyov reached 700th KHL points with a hat-trick of helpers in Dynamo’s 7-2 thrashing of Avtomobilist. He’s only the second player, after Sergei Mozyakin, to reach that landmark. The 33-year-old moved to 225 goals and 475 assists from 732 games in the league. Since making his debut for Severstal in the inaugural KHL campaign, the Cherepovets native has won two Gagarin Cups with SKA — playoff top scorer in 2015 — as well as Olympic and World Championship gold with Russia. Last season he was the leading scorer in the league.

Another forward, Yegor Averin, played his 700th game in the KHL on Sunday. The 31-year-old Lokomotiv man is only the eighth player to get there. The Omsk native began his career with Avangard, and was part of the team that reached the 2012 Gagarin Cup final before losing to Dynamo. He then moved to Yaroslavl and is in his ninth season with the Railwaymen. Rarely used as part of his team’s top line, he has still compiled 278 (136+142) points in that time. 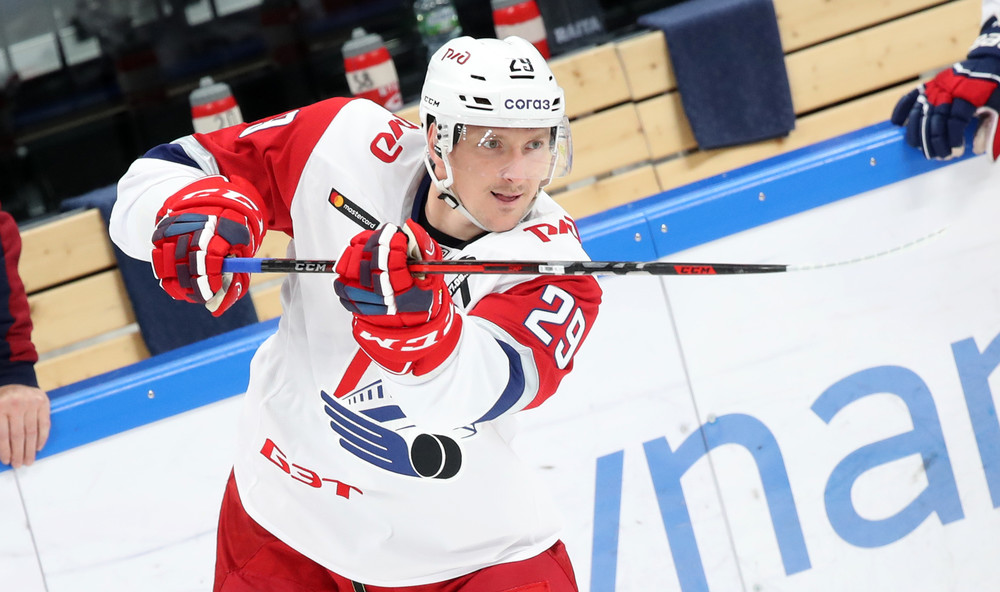 There aren’t many players hotter than Torpedo forward Damir Zhafyarov right now. The 26-year-old is on a 10-game productive, putting up 16 (8+8) points in that time. And he shows no sign of slowing down — game 10 of the sequence was his best yet with a goal and three assists in a 5-4 overtime win at Kunlun Red Star. Muscovite Zhafyarov is one of many successful players to emerge from Metallurg Novokuznetsk’s time in the KHL. He later went to CSKA, Sibir and Admiral before settling at Torpedo. Now in his third season with David Nemirovsky’s men, his productivity is improving year-on-year and he has also played himself into international contention.

‘It was an honor to get killed by you’

Not everyone gets the chance to meet a childhood hero, but for Semyon Der-Arguchintsev, Torpedo’s recent back-to-back encounters with Avtomobilist put him on the ice with Pavel Datsyuk. The 20-year-old center, on loan from the Maple Leafs, ended up getting taken out by his idol — but was still smiling about it. “When I was a kid, I would always watch [Datsyuk],” he told KHL.ru. “Most of the stuff I do on the ice, it was learning from him. So playing against him was pretty great.

“In the second game ... he hit me hard. I couldn’t breathe for a couple of minutes. But it was still a cool moment, for him to hit me. After the game, when I saw him walking out of the dressing room, I told him, ‘It was an honor to get killed by you!’’ 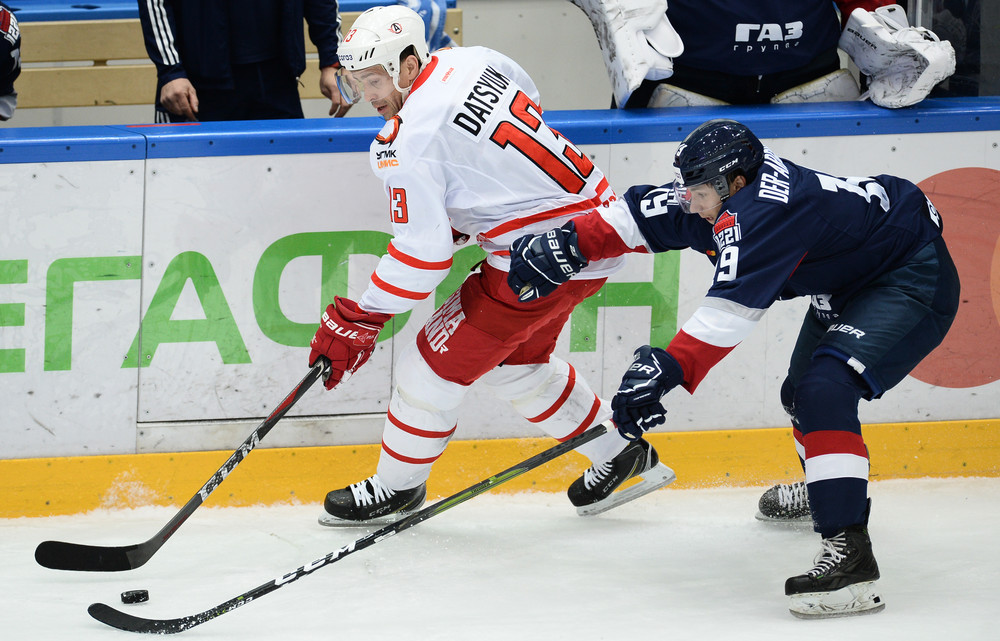 Saturday’s game between Salavat Yulaev and Dynamo Moscow was a head-to-head clash between the KHL’s leading scorers. Going into the action, Teemu Hartikainen and Vadim Shipachyov were tied on 34 points. On the day, though, the Blue-and-White defense reigned supreme as Alexander Yeryomenko posted his 58th KHL shut-out to deny Hartikainen & Co. At the other end, Shipachyov had two assists to move clear, while Dmitrij Jaskin’s two goals put him third on scoring list with 33 points.

Salavat Yulaev’s trip to Jokerit last week saw the visitor take to the ice with just 18 players — including two goalies — available. The club fell foul of recently tightened legislation in Finland restricting who could take part in the game and was forced to skate with just five recognized defensemen. Despite a 1-3 loss, there was great pride in the way a below-strength roster competed. “Today our team played with a big green heart,” said Ufa head coach Tomi Lamsa. “The guys gave everything. One of the biggest factors in our opponent’s success was their goalie. Unfortunately, we lost a really, really difficult game. We had to change our plans because of what happened.”

KHL president Alexei Morozov hopes that in future, any similar situation will be better handled. “The KHL is an international league and we have to respect the laws of all the countries in which our teams are based,” he said. “That includes medical restrictions ... The situation with the Jokerit — Salavat Yulaev game changed repeatedly and there was a real possibility that the game might not take place. I’d like to thank both clubs for getting the game on the ice, especially Salavat Yulaev.

“The KHL was not happy that we received information [about the situation] so late. The league is working to establish constructive dialogue with the Finnish authorities, and we are doing everything possible to minimize cases like this.”