Man of the Week — Dominik Furch

KHL.ru’s weekly ‘Man of the Week’ series goes on with Dominik Furch. The Dinamo Minsk goalie is on fire and is playing lights out for the Belarusian franchise, who is now in the playoff picture after a three-year absence.

With Dinamo Minsk now in playoffs places, it’s safe to conclude that Dominik Furch is back to his older self. The Czech netminder had a rocky start of the season, losing two of his first three games with his new team, all while saving less than 85%. Certainly not the kind of stats the Belarusian franchise was waiting for his starter between the piping — Furch was then sitting on the bench when Dinamo Minsk won in Moscow 4-3 OT over Spartak. However, after missing the Moscow victory, Furch was ignited with motivation and started stopping pucks like in the good old days with Avangard Omsk and Severstal Cherepovets. On Nov. 11, he posted his first shutout in the season when Dinamo Minsk thumped Sibir with a 6-0 score. The 34-save performance was Furch’s 21st blanking in the KHL. Since the start of the season, Furch won eight games of thirteen, and is currently one of the goalies in the best shape in the league.

Dominik Furch was born in the Czech capital, Prague, where he started playing for the local HC Kobra. Another player who hails from this system is Angel Krstev, who spent two seasons in the KHL as a defenseman for Torpedo Nizhny Novgorod and Avtomobilist Yekaterinburg.

However, soon the goalie moved on and passed to HC Slavia Prague, where he played until 2015, a part a few spells loaned to minor league teams. He won one Extraliga title in 2008 and silver and bronze medals with Slavia and became a starter in 2011. After a few consecutive seasons at a high level, it looked pretty evident that he overgrew the Czech league and moved East signing in the KHL.

In June 2015, Furch signed a two-year deal in Russia with Avangard Omsk. “It will be interesting to move from Czech to Russian hockey,” Furch told Avangard’s official site after moving. “I know that in the KHL, the game is faster and of higher quality. It’s a new challenge for me and a chance to reach new heights.” A thing that surely helped the Czech goalie was his knowledge of the Russian language. Getting to a new country with some language competence is much easier on adaptation, and it showed in Furch’s game. With Omsk, the Czech goalie played three season at the highest level without ever posting a goals-against average over two. In 2016, moreover, at the IIHF World Championship in Russia, he was outstanding for the Czech Republic, posting a 163-minute shutout streak. However, the Czechs surrendered to Team USA in the quarterfinals, with Furch saving 26 shots of 27 and allowing a SO goal to Auston Matthews. The 2016 IIHF WC is the only big tournament where Furch actually played games, as he was left on the bench the next year in Germany and France.

The Prague native will spend three years with Avangard, posting a total of 86 wins. He was also chosen to represent the Czech Republic at the 2018 Winter Olympics in South Korea, but he didn’t play.

However, after three successful seasons, in 2018, Furch left Omsk and signed with Severstal. In Cherepovets, the Czech goalie was the undisputed starter and played 55 games, but despite a strong presence between the piping, the Lynx didn’t manage to reach the postseason. After stopping pucks for Severstal, Furch temporarily left the KHL and signed in Sweden. 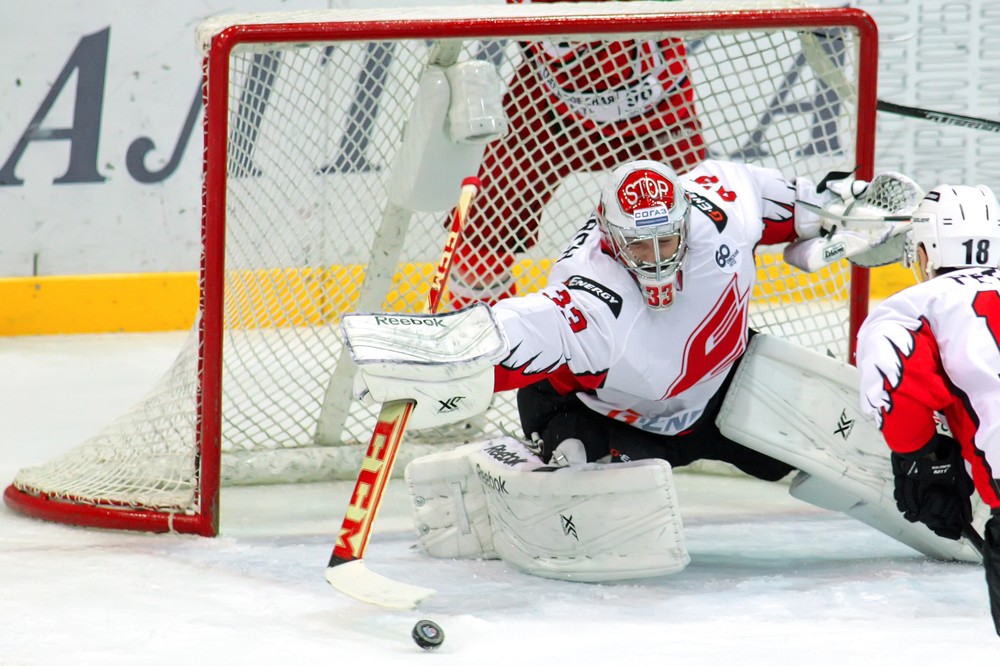 Return to the KHL

After one year with Orebro in the SHL, where Furch helped the side qualifying for the playoffs in the cut-short 2019-2020 season, the Czech netminder returned to the KHL, inking a one-year deal with Dinamo Minsk. Now, also thanks to Furch’s impressive backstopping performance, Minsk has a chance to return to the playoffs after a three-year hiatus. And with Furch’s experience in the elimination stage, as the saying goes, anything can happen.