Minsk supports its fans, Znarok reaches a landmark — the KHL week in review

KHL clubs are making an effort to reach out to their older fans — from Minsk to Omsk, our teams are supporting elderly people. On the ice, there were landmarks aplenty as Oleg Znarok and Dmitrij Jaskin both reached milestones and Nikita Chibrisov wrote himself into the record books. All that, and a high-scoring start in the Women’s Hockey League, adds up to another busy week around the league.

Not everybody can get to the games at the moment — and Dinamo Minsk is trying to make sure its fans don’t miss out during the pandemic. When the club heard about 72-year-old Boris Levin, forced to give up his season ticket after more than 10 years on medical advice, it decided to act. Yegor Sharangovich, Artyom Demkov and Alexander Pavlovich paid a visit to Boris, bringing with them a state-of-the-art new TV from KHL sponsor Haier. As well as keeping up that personal link between the team and its fans, they also ensured that Boris will be able to see all the action this season in his own home. Dinamo also reminded fans at Minsk Arena of the importance of behaving responsibly during the pandemic. The quickest way to beat the virus, and to enable fans like Boris to return to their seats in safety, is to maintain social distancing, wear masks and observe good hygiene.

Dinamo isn’t the only club thinking of its fans. Oct. 1 was International Day of Elderly People and several KHL teams got involved. Avtomobilist sent its players to deliver groceries to its older fans, Avangard’s staff brought gifts to residents at a care home in Omsk, while Torpedo put out a video clip urging people to keep in touch with their grandparents, especially if current restrictions make it hard to get together in person. 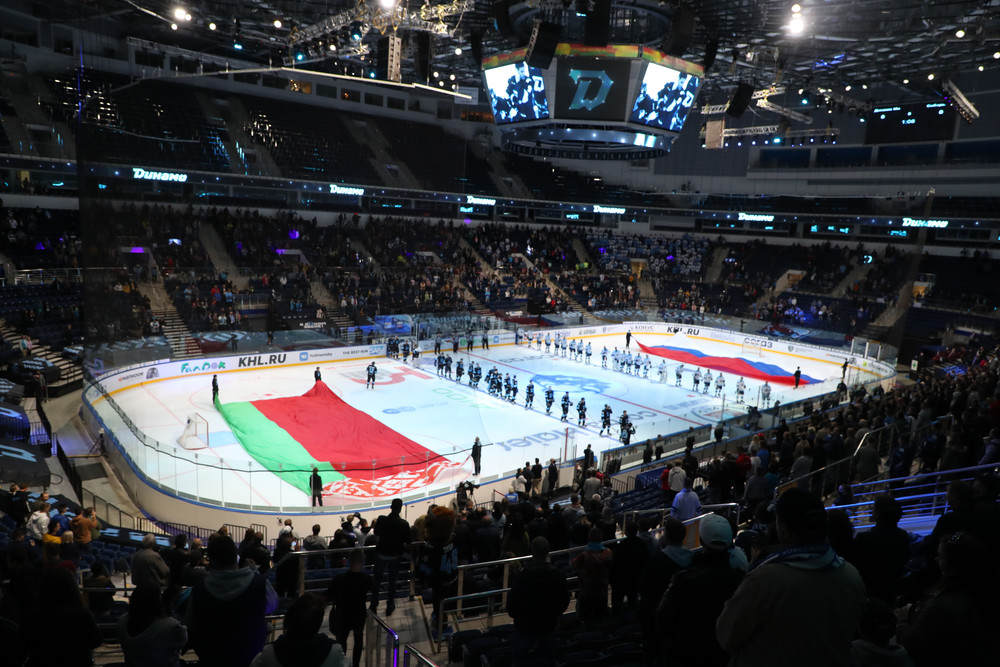 Dmitrij Jaskin is back on the goal trail. With two goals in Dynamo’s 6-3 win over Kunlun on Sunday, the Czech international is the first player to score 10 this season. Last term, only Kirill Kaprizov outscored the Omsk-born forward and only team-mate Vadim Shipachyov had more points. This time around, Jaskin and Shipachyov are on it again, sharing 27 points from 11 games. Jaskin leads the goal chart, two clear of Avtomobilist’s Alexei Makeyev.

While Jaskin is a familiar name on the scoresheet, Nikita Chibrikov is not so famous. At least, not yet. The 17-year-old SKA forward has already written himself into the record books, though. When Chibrikov opened the scoring in SKA’s win at Amur on Friday, becoming the first player born in 2003 to score in the KHL. Aged 17 years, 229 days, he is also SKA’s youngster ever goalscorer in this league.

Oleg Znarok is only the second coach in KHL history to win 400 games. The three-time Gagarin Cup winner achieved the landmark in memorable style, guiding Spartak to a derby win over Dynamo. The Blue-and-Whites threatened the crash the party, rallying from 1-4 to take the game into overtime, but Spartak held on to win the shoot-out. Dynamo was a fitting opponent for the occasion — Znarok twice won the championship with the Moscow team before moving on to Team Russia. Dmitry Kvartalnov, currently in charge at Ak Bars, remains the all-time winningest KHL coach, with 433 victories to his name.

Hockey returned to Kazakhstan after a long break — and Barys celebrated by edging a shoot-out win over SKA. The team from Nur-Sultan played its previous game on Sep. 14, and was then asked to quarantine after a number of positive tests among its personnel. Back to full health and back in action for the first time, the snow leopards jumped to a 2-0 first-period lead on goals from Anton Sagadeyev and Darren Dietz. SKA rallied to tie the scores, but Roman Starchenko sent the host home happy with a shoot-out winner.

Kunlun Red Star doesn’t have much to cheer about this season — but the Chinese club has matched one KHL record. When Ethan Werek scored at 59:59 of Sunday’s game against Dynamo Moscow, the Dragons potted their third ‘last-second’ goal of the season. Only Ak Bars has achieved that before. So far, though, none of Kunlun’s late goals have changed the course of the game and the team is still looking for its first win on the ice this season.

The weekend brought the opening fixtures in Russia’s Women’s Hockey League. And the action started with a cracker as Biryusa Krasnoyarsk edged Tornado Moscow Region in a shoot-out after a 4-4 tie. The following day, Tornado got revenge with a 5-2 win over the same opponent, while Monday brings the first appearance of the unusually named newcomer to the league, 7.62. Defending champion KRS Vanke Rays confirmed the return of star players Alex Carpenter, Megan Bozak and Noora Raty and faces Biryusa on Wednesday. 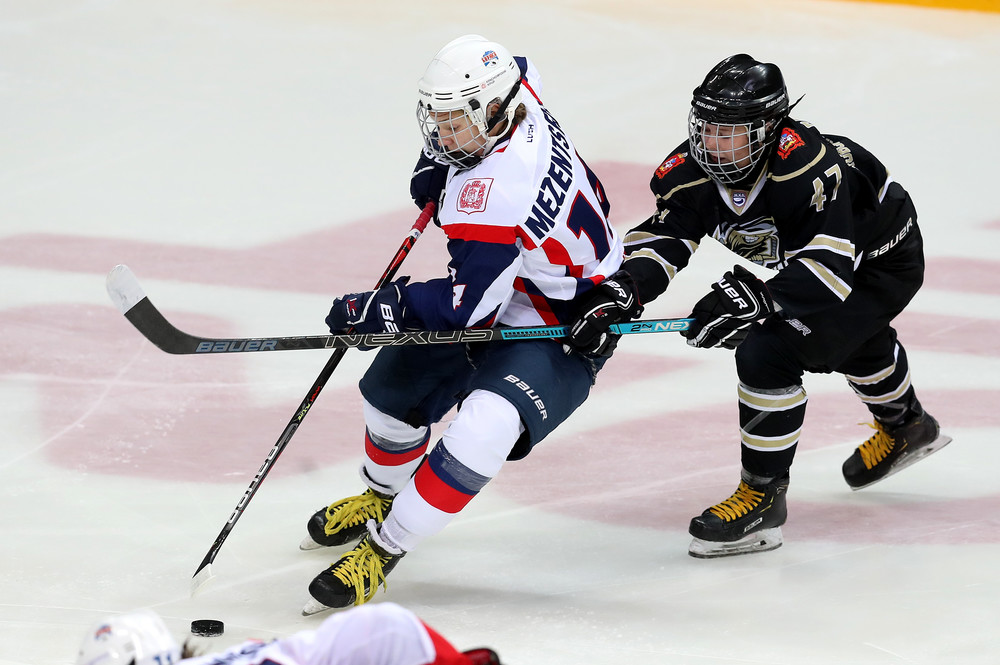 This season’s All-Star Week, which was due to take place in Riga in January, has been postponed. The KHL management reluctantly decided not to go ahead with the spectacular showcase due to the on-going uncertainty caused by the coronavirus pandemic. Because the All-Star events are all about bringing fans closer to their favorite players, there is little point in staging the games in front of restricted crowds. Therefore, the league intends to put the 2021 plans on ice and looks forward to bringing a bigger and better show to Latvia in 2022.

All-Star Week postponed for one year 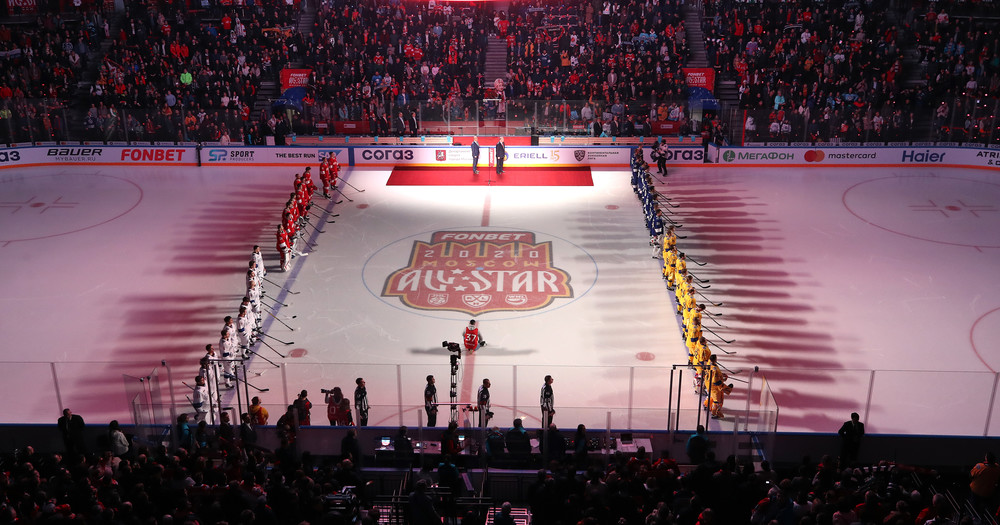