It was a big week for forwards: German Shaporev, 19, got his first goals in the KHL, Miro Aaltonen potted the first hat-trick of the season and Alexander Ovechkin was guest of honor as Sibir played Kunlun. Meanwhile, 18-year-old goalie Vsevolod Skotnikov got a win on his debut for CSKA. After two weeks of play, the league looks more competitive than ever.

Anyone can beat anyone

The 2020/2021 season is the first under the KHL’s hard salary cap. One of the big reasons for introducing the new rule was to enhance the competitive nature of our league. The hope is that by levelling the financial playing field, we can promote more intense competition between our clubs, ensuring that skilful recruitment and coaching shapes the destiny of the Gagarin Cup more than the ability to offer lucrative contracts. And, after two weeks of the season, it seems that this is a season where any team can truly beat any other. Salavat Yulaev’s 3-2 win over Avangard on Sunday means that no team remains unbeaten at this stage. At the other end, two teams are chasing their first win of the season, but both Amur and Kunlun Red Star have home stands this week to try to put that right.

Russian superstar Alexander Ovechkin was the guest of honor in Novosibirsk when Sibir entertained Kunlun Red Star on Saturday. The Great 8 was in town to meet the latest crop of stars emerging from the Sibir academy, and also took in the game on Saturday. He saw a high-scoring encounter, with Sibir edging a 5-4 verdict to claim its first win of the season. And the Stanley Cup winner also saw one of Russia’s brightest young forwards make an impact: Red Star’s German Shaporev, in his rookie KHL season, potted two goals despite being on the losing team — and paid tribute to one of his heroes after the game. “I wanted Ovechkin to see my shot,” he said. “When I was a kid, Ovechkin was my idol. This was the first time I saw him in person, so it was quite exciting.” 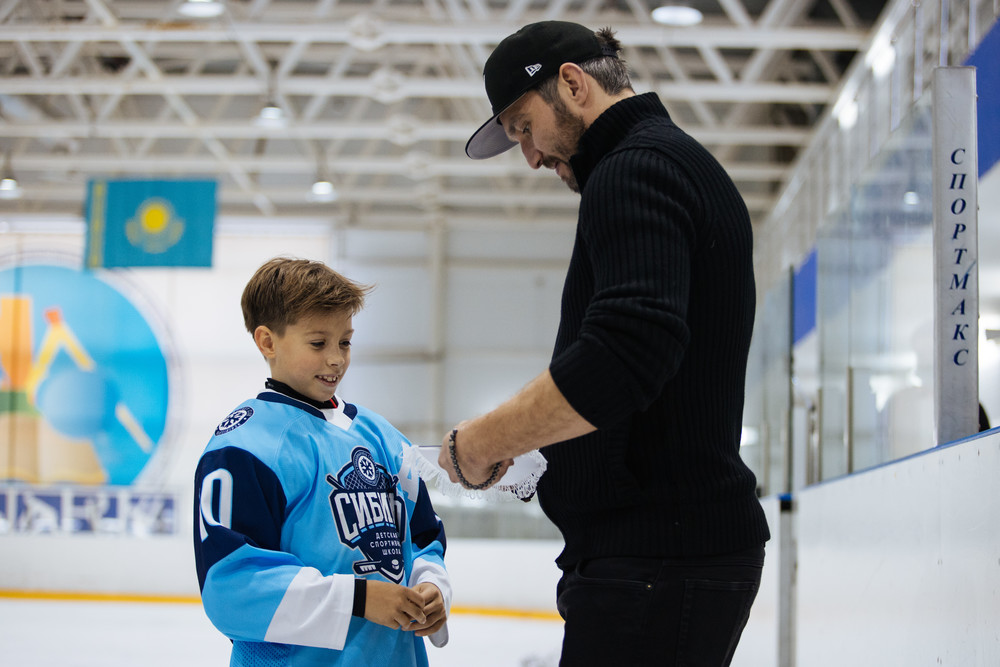 Shaporev wasn’t the only teenager to catch the eye on Saturday. CSKA handed a debut to 18-year-old Vsevolod Skotnikov as the Army Men won 5-1 at Amur. He played the whole game and made 21 saves to start with a ‘W’ on his resume. “I found out that I’d be playing in Khabarovsk after our game in the VHL,” he said afterwards. “I was a bit nervous at the start, but once I made my first save I calmed down. It was a hard game. The guys helped me a lot, but it was important to keep my concentration all through the game. That let me get used to the pace of KHL hockey.”

Miro Aaltonen scored the first hat-trick of the new season when he netted a treble for SKA at home to Neftekhimik. The Finn also had an assist in his team’s 5-2 win. And his goals decided the outcome of the game: midway through the second period his quickfire double rescued the Army Men from 1-2 down; he later added a fifth to seal the points. That moved Aaltonen to the top of the scoring charts with 7 (3+4) points from five games, one ahead of team-mate Anton Burdasov. Burdasov, meanwhile, has a goal in each of his five games so far this season.

The KHL takes its responsibilities towards the health and safety of everyone involved in the league extremely seriously. As a result, the league was quick to conform with the requirements of the health authorities in Lativa, Russia and Finland following an incident last week when seven representatives of Neftekhimik’s team tested positive for COVID-19 on arrival in Riga. Following the results of those express tests, the game between Dinamo Riga and Neftekhimik, scheduled for Sep. 10, was postponed and the Neftekhimik party returned to Russia for further tests. Because Neftekhimik had played at Jokerit on the previous evening, the KHL also acted in conjunction with the Finnish health authorities and postponed the five games involving the team from Helsinki. Jokerit’s players and staff can now complete the two-week quarantine mandated by local legislation without suffering any penalty in the championship.

Four Jokerit games to be postponed 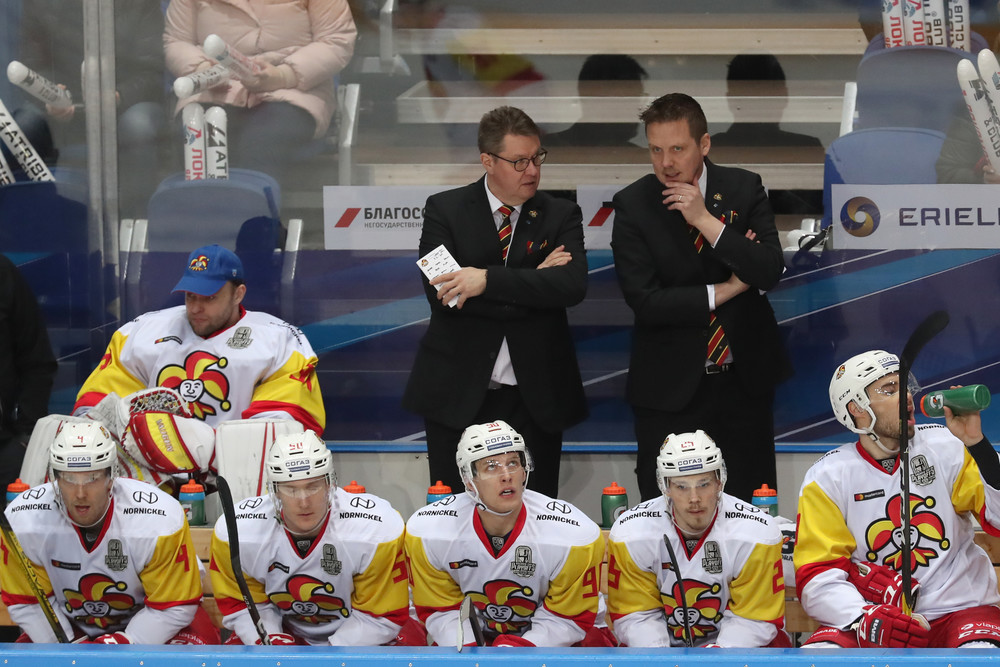