Salavat Yulaev’s new head coach, Tomi Lamsa, spoke about his learning curve in the KHL, while Dinamo Riga has a new image for the coming campaign.

Tomi Lamsa, the new head coach at Salavat Yulaev, is only the second non-Russian to take the job. However, his appointment is far from a gamble — the 40-year-old Finn is already more than familiar with the club after three years as an assistant coach. Now, he’s hoping that experience can help him take the team back to the top.

“My task is a little easier because I’ve already worked here,” he said in an exclusive interview with KHL.ru. “I had time to get to know the league and the players. There was a lot of work to do: I watched a lot of videos, talked with players and my fellow coaches. And now, after a few years, I feel like I understand the Russian mentality a bit better, I understand the approach to the coaching process. Even so, I’m learning something new every day and I understand just how much work we need to do.” 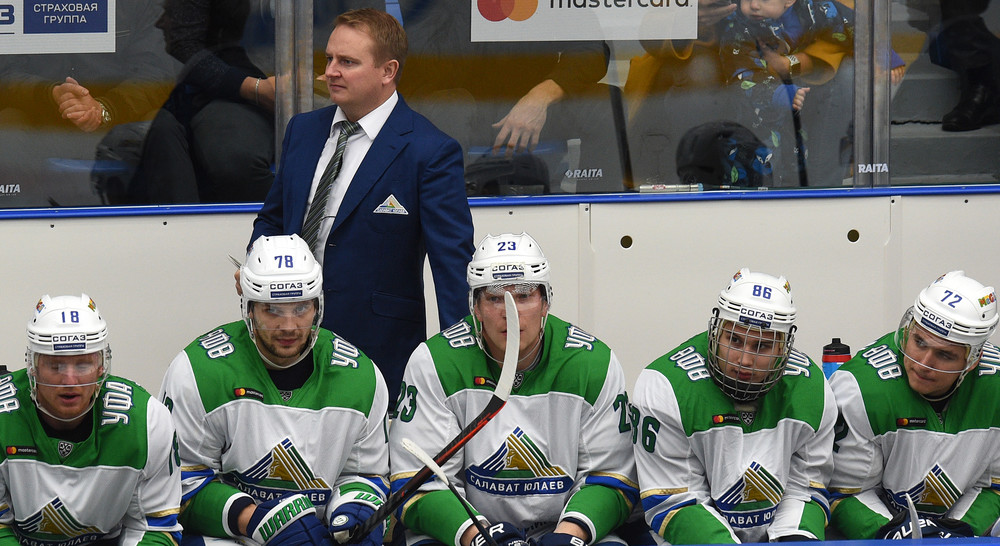 Dinamo Riga unveiled a stylish new image for the club. Gone is the old crest, replaced with a contemporary reimaging of a shield formed from the letters ‘D’ and ‘R’. The club’s uniform, too, has changed: the new version is cleaner than before, while retaining Dinamo’s traditional maroon and white colors, as inspired by Latvia’s national flag. At last week’s official launch of the new look, long-serving Riga forward Gints Meija — who has played in all 12 previous KHL uniforms — talked up the new look. “I really like it,” he said. “This is such a stylish, contemporary design. I think everyone will be happy to represent Dinamo Riga in this uniform next season.” Club president Jurijs Savitskis described the new logo as the ‘future of the club’, adding: “It means a sense of belonging and style that will allow us to continue along our path.”

Working with former Metallurg and Kunlun Red Star head coach Mike Keenan was never a job for the faint-hearted. Notorious on both sides of the Atlantic for his abrupt way with words, the 2014 Gagarin Cup winner tends to divide opinions. Francis Pare, part of that golden roster in Magnitogorsk, recalled one memorable ear-chewing during his time with Iron Mike.

“One time he came to me and was like, ‘Frankie, come into my office.’ Then he asked every coach to come out, and he’s like, ‘Frankie, you look like you’re playing in the Q. Take your tutu off and please play like a man in the KHL that just won the Gagarin Cup.’ I thought it was really funny, but I got the message and I played a little better after. I got a little bit more involved,” Pare said in an exclusive interview with KHL.ru. 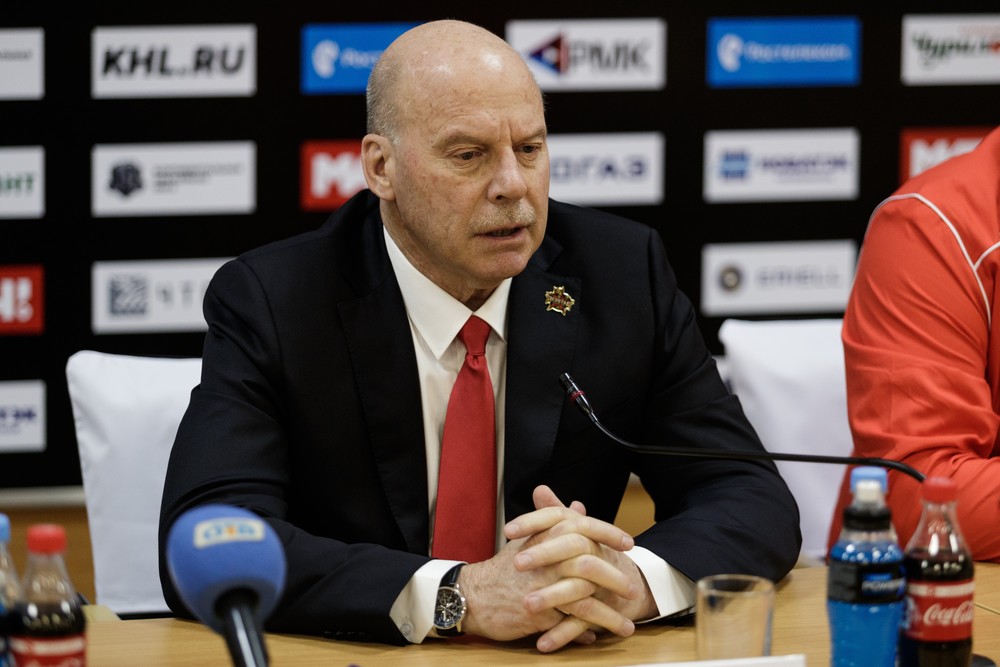 Avangard in training despite COVID outbreak

Avangard’s pre-season plans were disrupted by a flurry of COVID-19 cases within the team — but the Hawks are still preparing for the coming campaign. Club GM Alexei Volkov explained earlier in the week that 20 players or staff members had tested positive for the virus, prompting Bob Hartley’s team to withdraw from the Sochi Hockey Open in early August. However, while the individuals affected are isolated — and with most of them showing no pronounced symptoms — the test of the team is continuing with its scheduled pre-season camp at Arena Balashikha. Finnish defenseman Ville Pokka spoke about the situation on Avangard TV. “For everyone, it’s weird what we have now but I think we just have to respect it and do our best to avoid [coronavirus],” he said.

Forward Andrei Stas added: “Things seem to be OK with the guys [who tested positive], they don’t have symptoms, and nobody seems to have any complications. I hope they’ll be back soon. In the meantime, we’re trying to use this the right way. The preparations continue, we’re understand that we’re missing quite a few guys, but we want to keep working on what we can.” 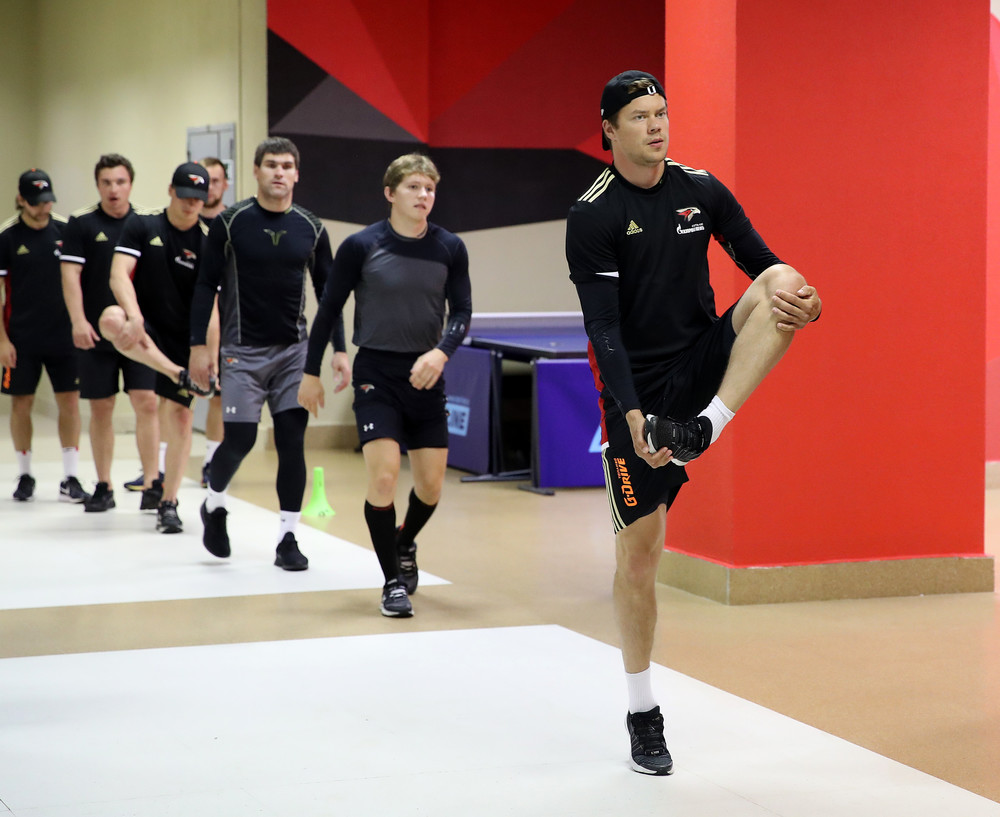 SKA’s new signing Bogdan Yakimov has been reflecting on his two seasons in North America — and why returning to Russia was the right decision. The center, now 25, was hoping to get a place on the Oilers when he crossed the Atlantic in 2014, only to find himself jockeying for position on a stacked roster. “I had a good season in the KHL ... and there were conversations with the Edmonton management,” he told KHL.ru. “They said I had a good chance of making the show, but in the end there were so many centers — McDavid, Draisaitl, Nugent-Hopkins. It’s so hard to compete with guys like that, and I didn’t want to sit and wait. I wanted to play at the highest possible level.

“I was disappointed, but it was an easy decision to return. It just made sense: the time came to develop back home.” 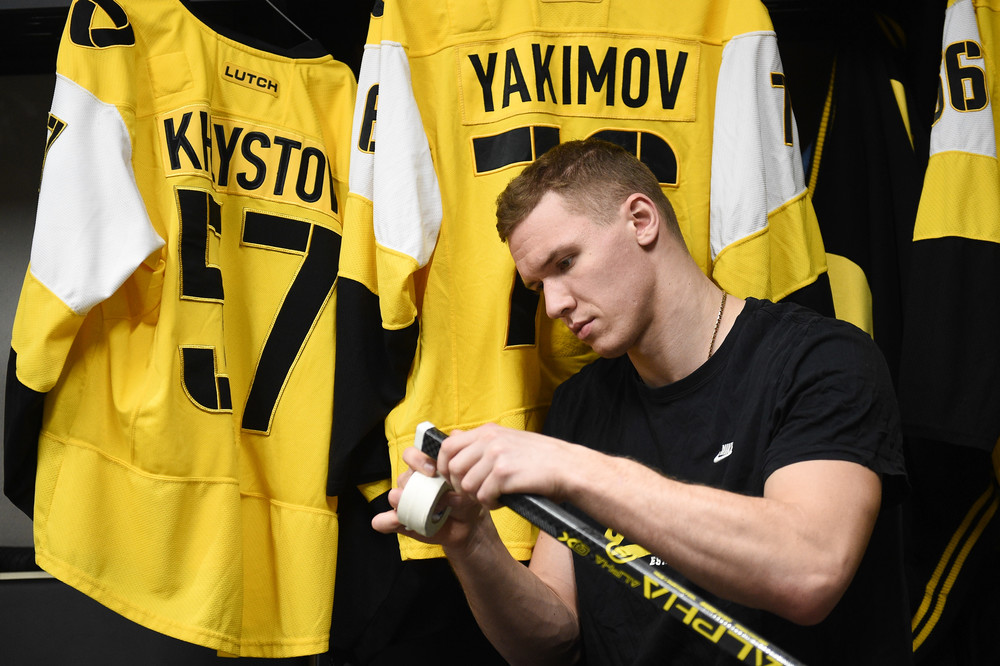