The big news of the week came from Yekaterinburg, with a headline-grabbing appointment behind the bench. Elsewhere, fans in Ufa secured a virtual championship for their team and it’s the end of an era as veteran defenseman Andrei Markov hangs up his skates.

Ambitious Avtomobilist made an eye-catching appointment as head coach, bringing in Bill Peters to replace Andrei Martemyanov. Peters, 55, was head coach of Team Canada when it won the 2016 World Championship in Moscow and has also collected gold at the Hlinka Memorial trophy and the 2016 World Cup of Hockey (the latter as an assistant coach). He was a head coach at the NHL All-Star Game last season but resigned from his position at Calgary Flames in November 2019 amid allegations of racial abuse. Following his appointment on a two-year deal in Yekaterinburg, Peters spoke at length about the new challenges awaiting him in Russia. The incoming coach will be joined by German Titov, whose last job was head coach at Spartak, and Perry Pearn, who was head coach of Canada’s women’s team until January. 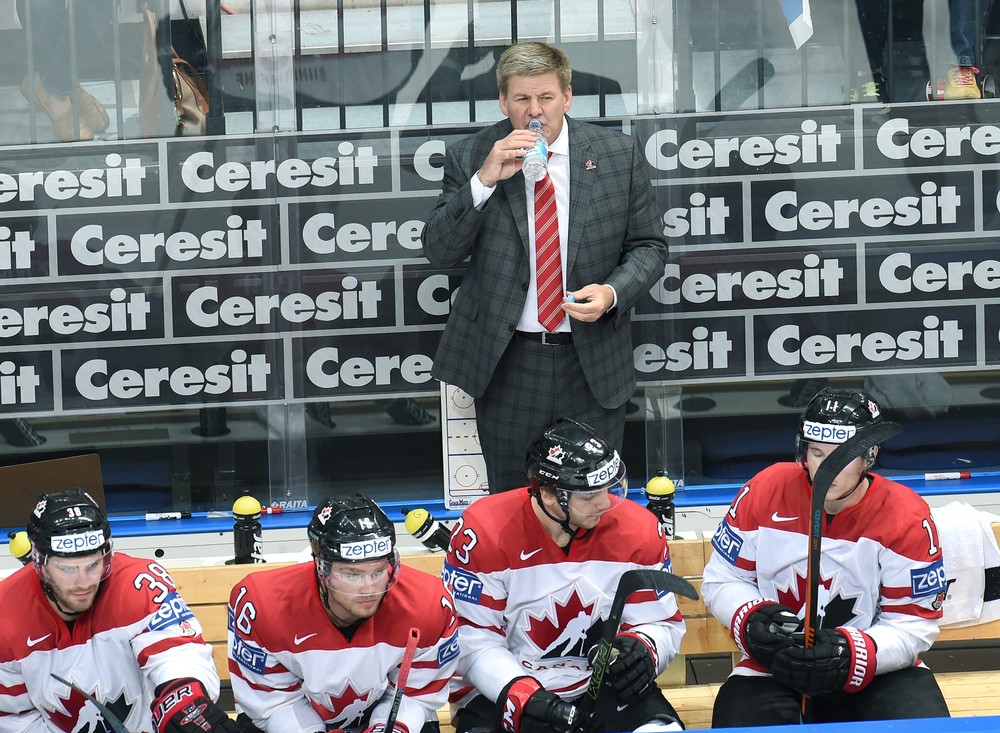 Legendary defenseman Andrei Markov has announced his retirement from playing at the age of 41. Three times a Russian champion, he spent the bulk of his career in Montreal where he made 990 regular season appearances for the Canadiens. The Voskresensk native twice won the Russian Superleague with Dynamo Moscow and, on his return to Russia in 2017/18, was reunited with head coach Zinetula Bilyaletdinov and won the Gagarin Cup at Ak Bars. He also played in the KHL with Vityaz during the 2012/13 NHL lockout and finished his career at Lokomotiv.

Andrei Markov – the General stands down 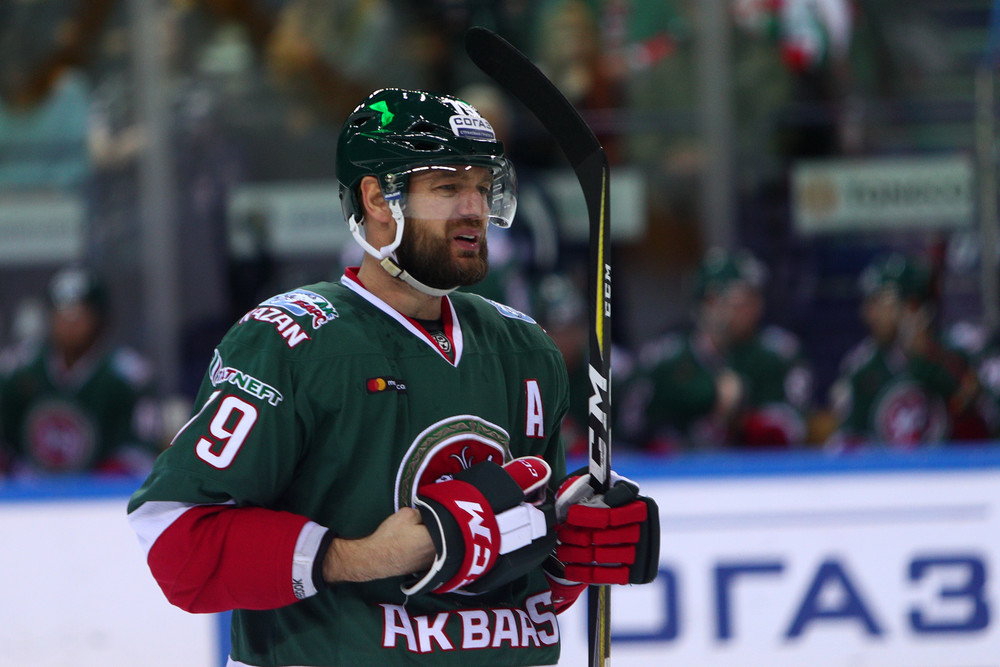 Dynamo Moscow secured two of its imports on two-year deals. Czech international Dmitrij Jaskin, so effective in tandem with Vadim Shipachyov this season, has agreed an extension, while Slovak defenseman Michal Cajkovsky is also coming back to Moscow. The Blue-and-Whites also secured the services of head coach Vladimir Krikunov for another season.

Across town, CSKA forward Anton Slepyshev extended his stay with the Army Men for another two seasons. The 25-year-old had been linked with a return to Edmonton but has committed himself to the KHL until the end of the current Olympic cycle. Konstantin Okulov inked a one-year deal.

Justin Azevedo, one of the longest-serving imports in the KHL, signed a one-year extension with Ak Bars. The Canadian will play his seventh season in Kazan and his eighth in the league as he looks to add to his 2018 Gagarin Cup win. 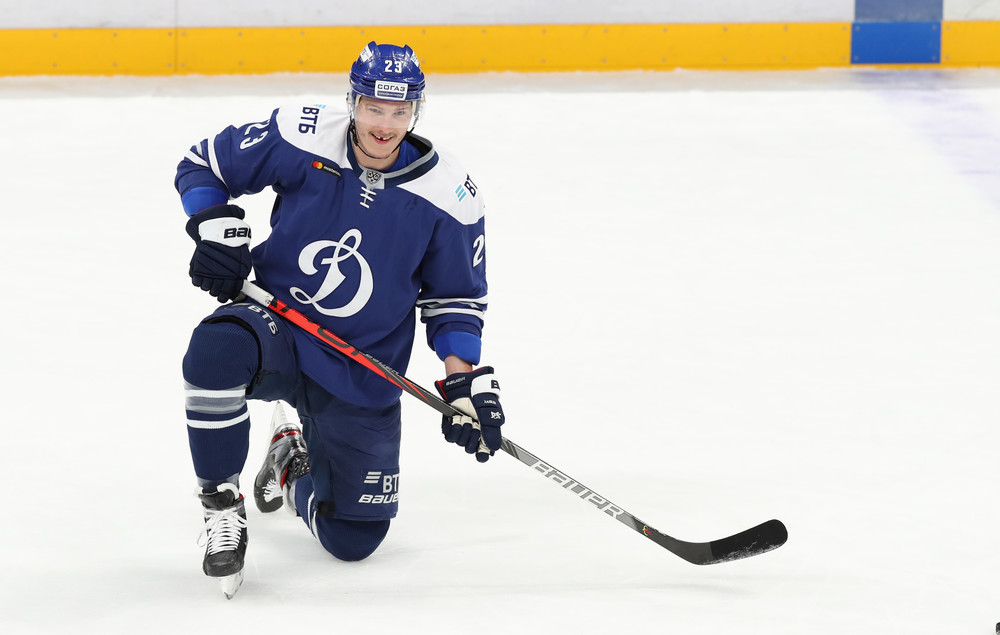 Jokerit captain Peter Regin has called time on his spell in Finland after five seasons. The Dane, 34, compiled 260 (66+194) points in 295 games to become the club’s record scorer in the KHL. His compatriot, defenseman Oliver Lauridsen, is also leaving Jokerit after four years with the club. 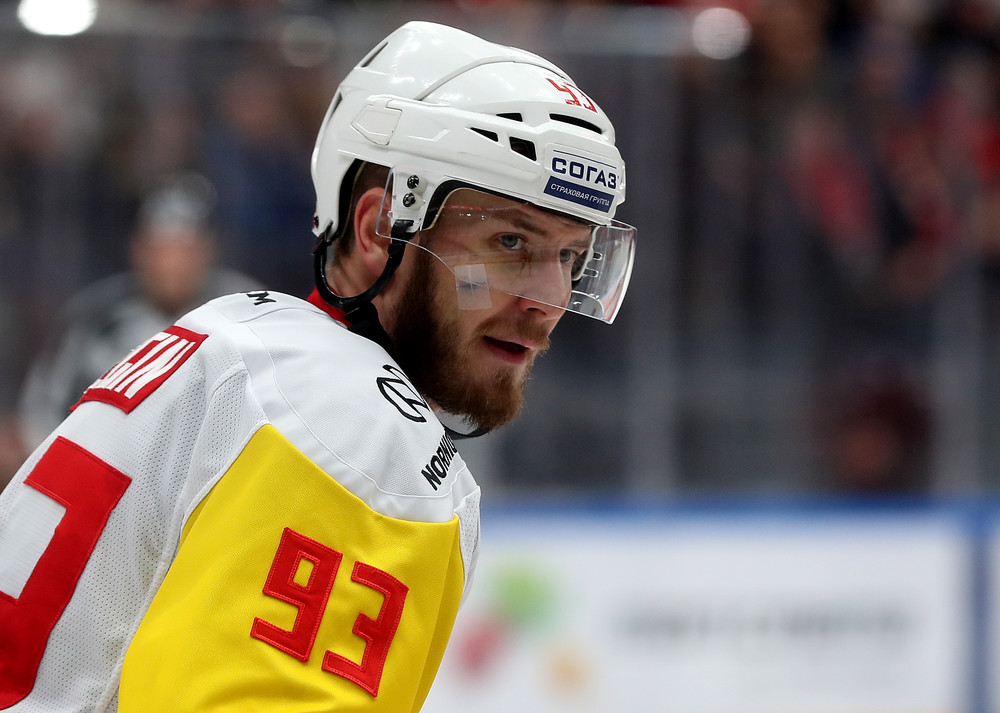 Monday should have been the end of the KHL season, the date earmarked for a potential game seven in the Gagarin Cup final. Alas, this year, it wasn’t to be. But in the absence of a real tournament, we have a virtual champion. Salavat Yulaev earned the unofficial honor after the playoffs were contested as a series of fan polls via social media. Supporters were invited to vote for their winners from each of the pairs in the second round, with teams progressing towards the Grand Final. And Salavat Yulaev’s supporters got right behind the idea; the Ufa team did not lose a single game and wrapped it up by sweeping Jokerit to win the virtual cup.

Salavat Yulaev and its fans – #VirtualGagarinCup Champions! ' Artwork by @epoole88