After the tightest regular season in KHL history, the playoffs remain as unpredictable as ever with two series deadlocked after four games. Elsewhere, the first coaching casualty of the off-season is confirmed, a Canadian Kazakh gets to grips with local culture and the Russian Women’s Hockey League title could be heading to China.

We’re just over halfway through the first round of this year’s playoffs, with every team having played four games. So far, three teams have advanced to the Conference semi-finals after sweeping their opponents. It’s hardly a surprise to see that Western Conference leaders CSKA and SKA did not drop a game between them, nor that Eastern top dog Ak Bars swept Neftekhimik. However, even in these ‘one-sided’ series, things were closer than they might have appeared. CSKA needed two overtime wins, SKA needed triple overtime to finish off Vityaz and Ak Bars had two squeakers in Nizhnekamsk.

Elsewhere, playoff series remain highly competitive. Avangard and Salavat Yulaev are locked at 2-2 as they reprise last year’s Eastern Conference final while the Moscow derby is as tight as expected. Spartak dropped the first two games to Dynamo, but rallied on home ice to draw level in the series. Jokerit, Sibir and Barys are each one game away from progressing against Lokomotiv, Avtomobilist and Metallurg respectively.

Post season has brought a new shut-out record – and it’s not who you think. Ilya Sorokin blanked Torpedo in the first two games of CSKA’s series, closing on Petri Vehanen’s all-time playoff shut-out streak of 225 minutes. However, a first period goal in game three halted that run at the 193-minute mark. However, Harri Sateri of Sibir also had two shut-outs to start this year’s campaign and by the time Avtomobilist got past him in game three he had overtaken Alexander Salak’s club record for the Novosibirsk team. The new mark? 143 minutes.

Sorokin, it should be noted, did pick another record. His 16 playoff shut-outs is a new KHL best – and one that he could well improve upon before the season is done.

Following this season’s failure to make the playoffs, Dinamo Riga opted not to renew the contracts of head coach Girts Ankipans and his staff. As a player, Ankipans made 202 regular season appearances for Riga, plus a further 21 in the playoffs. He compiled 74 (31+43) points before hanging up his skates in 2013 and joining the coaching staff. He took over as head coach in September 2018 and completed that season and two more before parting company with his hometown team. 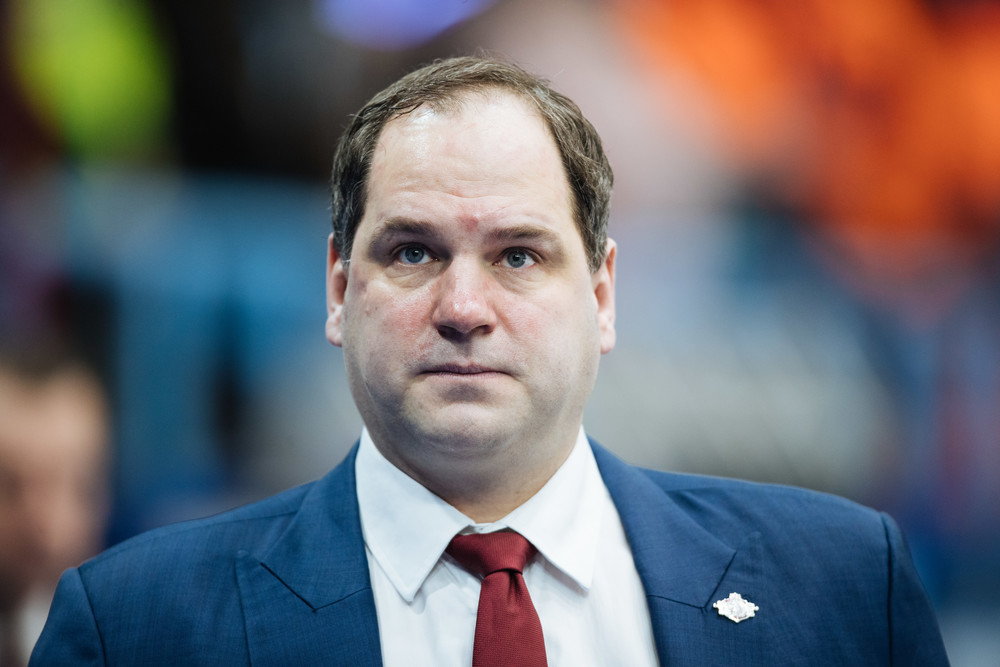 From Pushkin to Abai

Barys captain Darren Dietz continues to explore the local culture. The Canadian-born naturalized Kazakh won plaudits for his Pushkin recital at this year’s All-Star Game and continued the theme by performing a setting of verse by Kazakhstan’s national poet Abai Kunanbayev for a clip broadcast on the big screen during his team’s playoff game at home to Metallurg. Jaraısyń, Darren, as they might say in Nur-Sultan!

KRS on the brink of making history

The KHL playoffs are just a week old, but in the Women’s Hockey League we’re already enjoying the Grand Final. And the KRS Vanke Rays are on the cusp of an historic achievement as they seek the big prize in their first season in the league. Brian Idalski’s team are 2-0 up in the best-of-five series against defending champion Agidel Ufa, despite the added pressure of playing all the games in the Bashkir capital due to the coronavirus situation back home in China. Stars of the campaign include forward Rachel Llanes (2 goals, one assist), Megan Bozek and Amy Menke (both 1+1) and captain Alex Carpenter (0+3). Sunday’s 3-2 victory also saw the first Chinese player on the team to get among the points when Qiqihar native Liu Zhixin got an assist. If the Rays finish the job this week, they will become the first foreign team to win a senior Russian hockey tournament, eclipsing Lev Prague’s run to the 2014 Gagarin Cup final. The series resumes Wednesday. 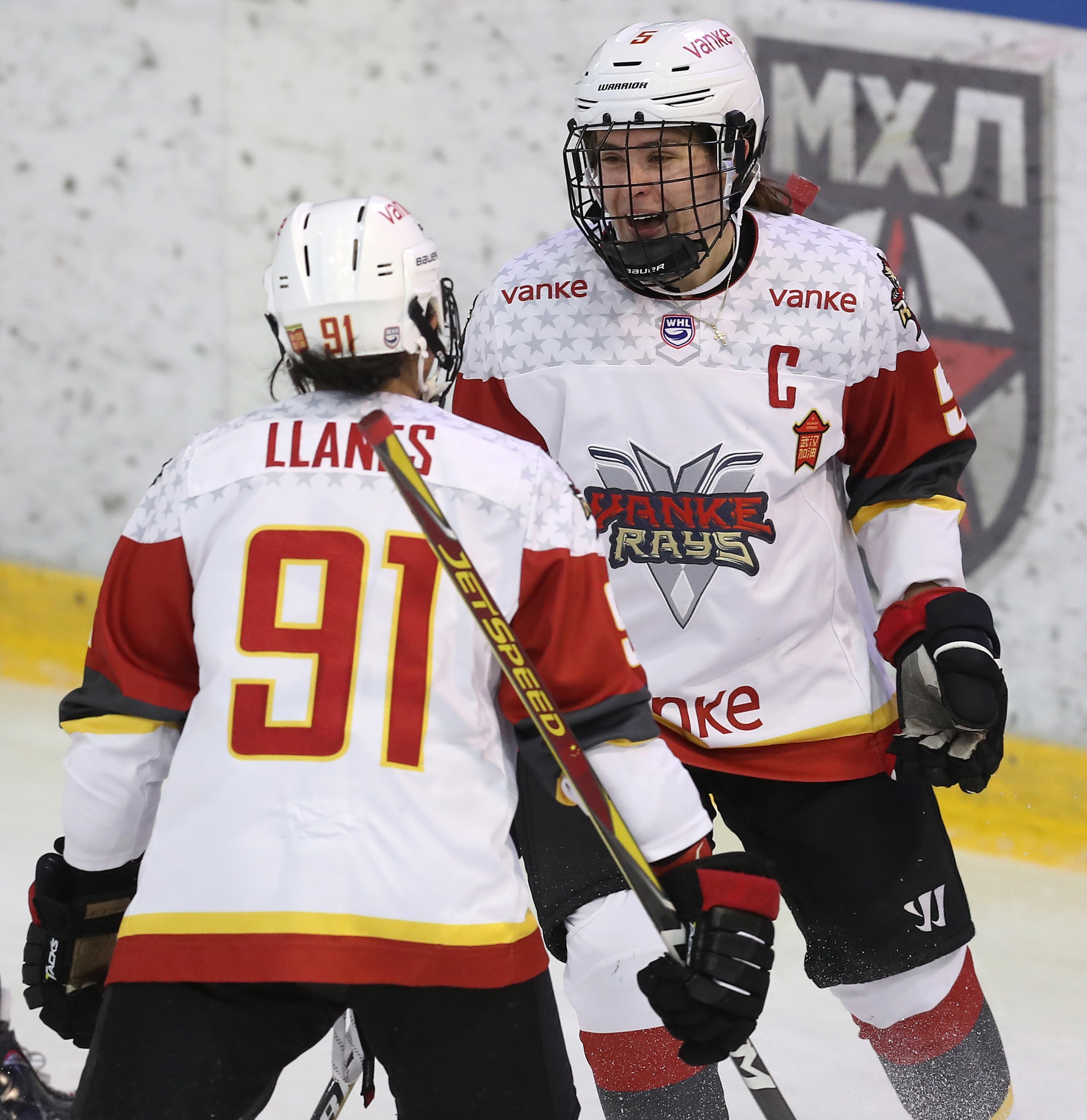