The FONBET 2020 All-Star Week is underway in Moscow – and the top players from the Women’s Hockey League took center stage on the opening weekend. The showcase event highlighted the rapid development of the women’s game in Russia and the growth of Europe’s leading pro hockey league for females – to international acclaim.

Team East ties it up

The fourth edition of the WHL All-Star Game saw Team East defeat its Western counterpart 4-1 – levelling the series at 2-2. The teams produced a hard-fought, competitive game in front of an encouraging crowd of over 3,000 at Moscow’s VTB Arena. The crowd was similar to the Junior Hockey League Challenge Cup, once again justifying the decision to bring the women into the All-Star framework. And, once again, the event was a terrific showcase for the female game. The action took place as part of a full day of hockey entertainment, including a penalty shot contest and the now traditional dance-off.

KRS Vanke Rays, previously of Canada’s CWHL, is a new team in this season’s WHL – and the Shenzhen outfit is the first in the league from outside Russia. Its roster includes several people with big North American experience, and they were excited by their first taste of a Russian WHL All-Star extravaganza. Brian Idalski, the Rays’ head coach, was on the coaching staff for Team East in Moscow. He said: “It’s an opportunity to see our players at this kind of level and for young players that’s so important. I really tip my hat to the Russian Hockey Federation and the league for putting on and event like this. Young players can see what’s possible and dream of being a part of it one day.”

Forward Alex Carpenter, an experienced USA international, added: “It’s great to be able to have this in a big city like Moscow and have a lot of people come out. We saw lots of young girls, young hockey players here today and that will help grow the game.”

And another American, forward Rachel Llanes, is excited about the role the KHL is playing in promoting women’s hockey. “It’s pretty cool that the KHL has so much influence on the Women’s Hockey League,” she said. “It’s good to see that type of business model and it definitely makes the women’s side more successful.” 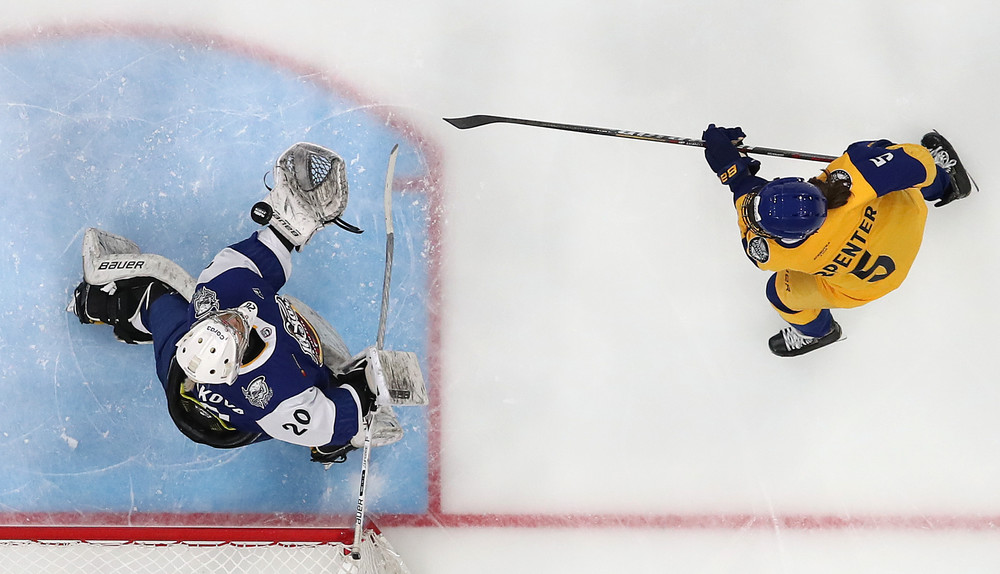 Morozov – ‘Sometimes, it’s even better than watching the men!’

Alexei Morozov, Director of high-performance sport’s department of Russian Ministry of Sport, talked about the success of the WHL All-Star Game. “The creation of the league has greatly raised the professionalism of the teams, the competitive environment and the infrastructure for women’s hockey,” he told KHL.ru. “Today, almost every game in the league is streamed on the internet and the playoffs are showed on national TV. Parents are no longer anxious about letting their girls play hockey. Overall, women’s hockey is a sparkling spectacle – and sometimes it’s even more interesting than the men’s game!” 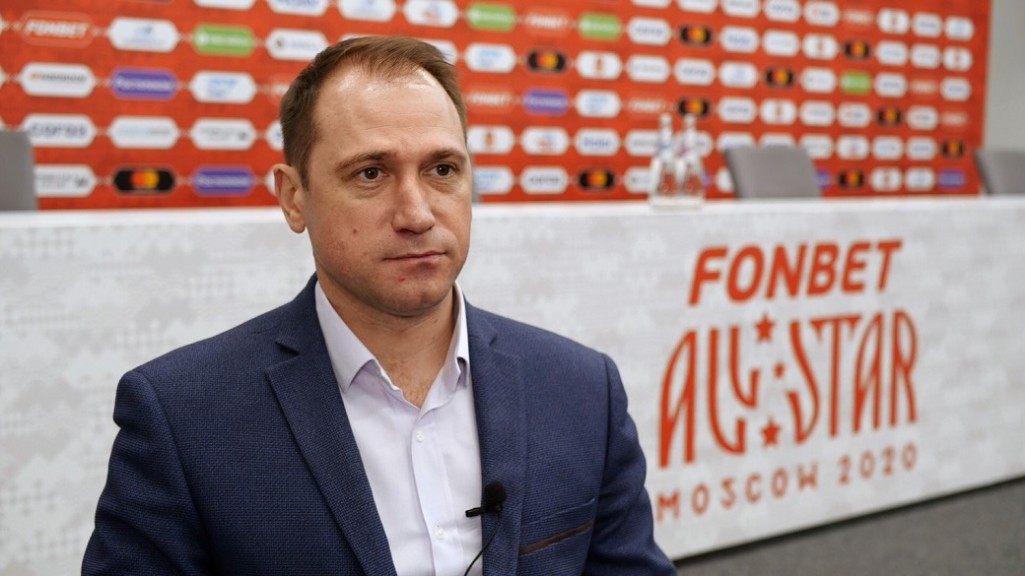 The week also gives a platform to the top players from the Junior Hockey League. Saturday saw the JHL Challenge Cup game, and a victory for the Eastern Conference against its Western counterpart. It was the first time the East had won since 2015, and the overall score in the series is now 8-3 to the West. The top four players in that game will be back at the weekend to take part in the KHL’s All-Star Game and skill show, again at Moscow’s VTB Arena. The chosen four are Nikita Goncharov (Russkiye Vityazi), Yegor Anisimov (Dynamo St. Petersburg), Yegor Chinakhov (Omskiye Yastreby) and German Shaporev (Altai). They will be assigned to one of the four divisions ahead of the mini-tournament in Moscow on Jan. 18-19. 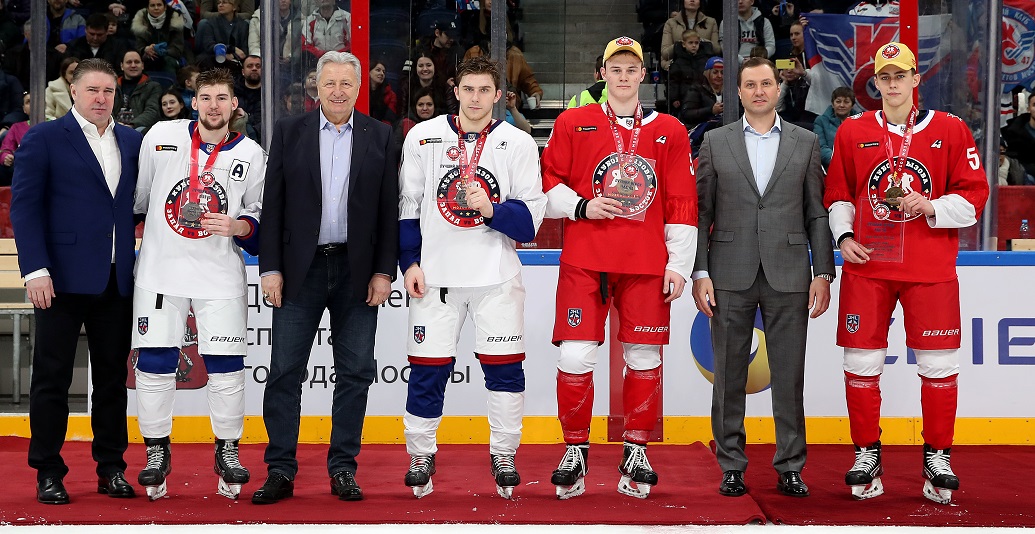 The latest edition of the KHL World Games took regular season action to the Estonian capital. The Tondiraba Ice Hall in Tallinn is no stranger to hosting KHL games – in the past Dinamo Riga and Jokerit played there – and at the weekend it welcomed the Finns back for head-to-head games against Severstal. The teams shared one victory apiece, with Jokerit winning 4-1 on Friday before Severstal prevailed 5-2 on Saturday. And, once again, taking the KHL out on tour gave more fans a chance to get a close look at the thrills, spills and skills on display in the league.

Jokerit on tour in Estonia, Kaprizov hits another milestone. January 10

Severstal gets revenge in Tallinn, important win for Avangard. January 11

In the KHL, Jokerit forward Niklas Jensen has been hitting the headlines. The Danish international is in fantastic form, extending his productive streak to 10 games with an assist in Saturday’s game against Severstal. Jensen, 26, has 16 (9+7) points from that run.