Man of the Week – Sakari Manninen

KHL.ru's weekly 'Man of the Week' series continues as we feature Salavat Yulaev Finnish forward Sakari Manninen. The 27-years-old from Oulu is at his second season in the league and last week, and he was one of the best for his team at the first Euro Hockey Tour stage of the season.

Differently from many other top-end international players in the KHL, Sakari Manninen never played in North America. Instead, he spent all his career at home in Finland, Sweden, and Russia. He won a title at home and last year's IIHF World Championship in Slovakia. Everything started in Oulu, one of the Northernmost cities in Finland and a hockey-crazy town that produced several players who lined up for KHL sides. Some notable examples are two-time Gagarin Cup winner Janne Jalasvaara, defensemen Topi Jaakola and Lasse Kukkonen.

An incredibly talented, but undersized player, Manninen started his journey to pro hockey with the local team, Karpat, and had his debut in the top Finnish division in 2013, scoring his first goal in Jan. 2014. However, despite winning a title in 2015, he didn't play his best hockey for his hometown club – soon, he moved south to Hameenlinna to line up for the local HPK. For 2017-18, Manninen moved to Sweden. Representing Orebro, he had his official debut with Team Finland on the international stage, first at the Winter Olympics in South Korea, then at the IIHF WC in Denmark. 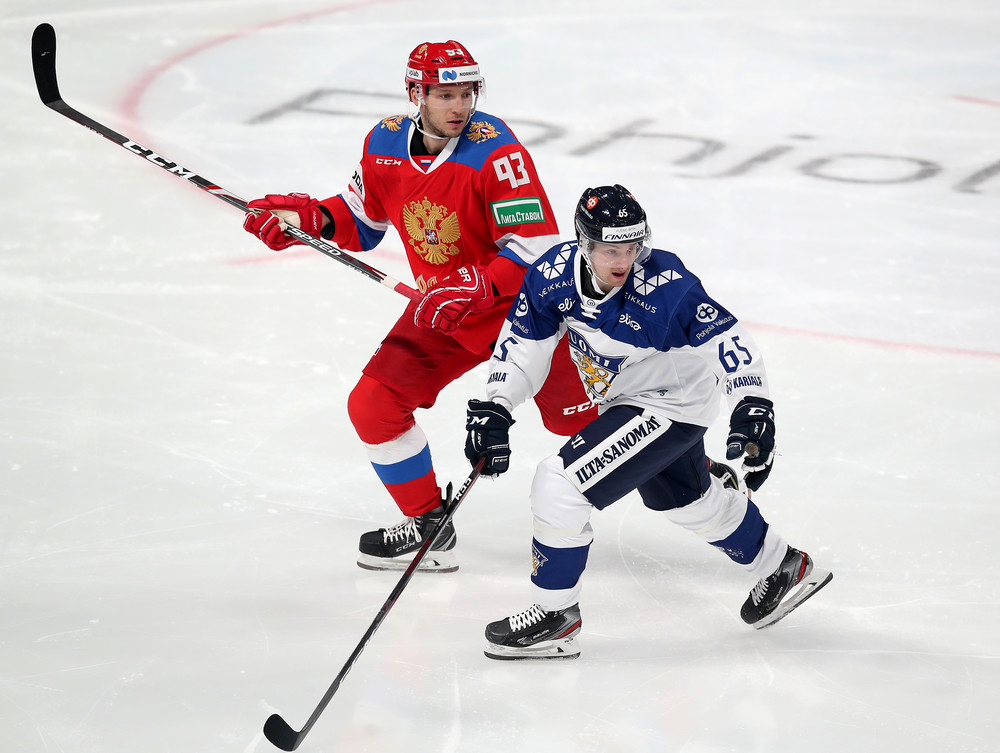 Move to the KHL and international success

Such a strong performance didn't pass unnoticed, and for the 2018-19 season, Manninen moved back to his home country and joined Jokerit Helsinki. His first season in the KHL was a blast. Trailing only the American forward Bryan O'Neill, Manninen emerged as one of Jokerit's top players and had a career year, posting 48 (20+28) points hitting the ice in all 62 Jokerit's game in the regular season – once again, a feat that only O'Neill managed to tie. Jokerit suffered from a first-round exit against Dynamo Moscow, but once again, Manninen gave a good impression, scoring two goals in the series. Later that season, Manninen joined Team Finland for the IIHF WC in Slovakia, and it was a triumph. In the quarterfinals, the Lions faced Sweden in a Northern derby against the reigning world champions. The game went to overtime, and Manninen won it all for the Leijonat with a far side, top corner shot just a hair over Henrik Lundqvist's shoulder for a perfect snipe. It was a four-point game for the Finn, who will ultimately help Finland winning the gold medal in the finals against a stacked Team Russia roster. Manninen was the team's top scorer, with 11 (2+9) points in the tournament. "We celebrated so hard that we actually broke the cup," Manninen told championat.ru after the victory. "I haven't slept for the first night after the game. The next day, I was exhausted, and I went to sleep at about 2-3 AM. It was two full days of celebration." 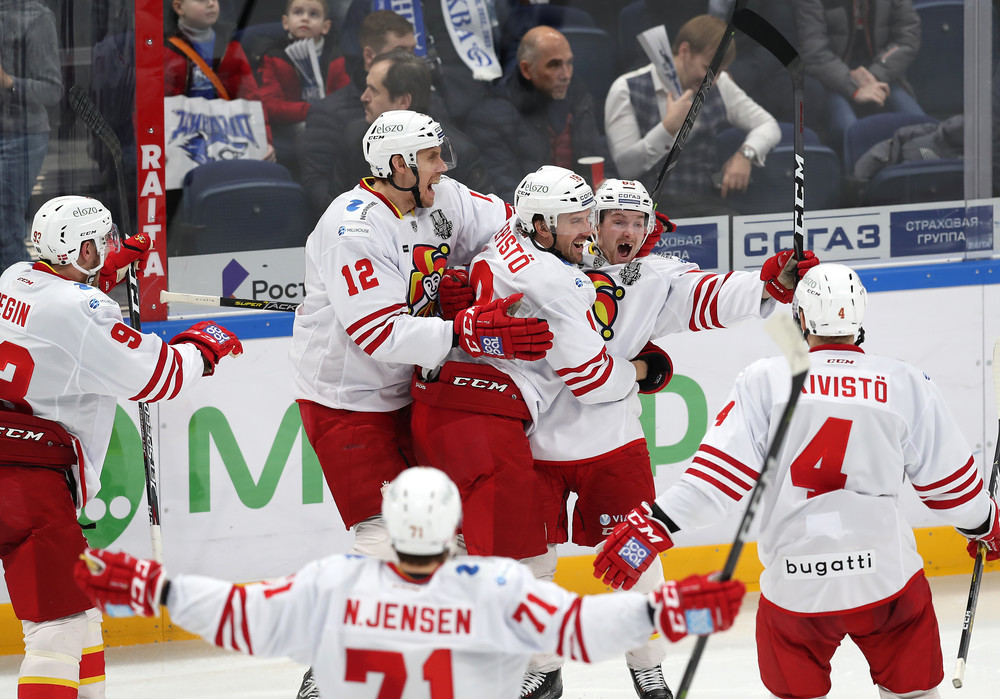 From Helsinki to Ufa

However, before moving to Slovakia for the WC, the Finn faced another turning point in his career: Salavat Yulaev announced to have acquired Sakari Manninen from Jokerit for monetary compensation and rights on Miro Heiskanen and Henrik Borgstrom.

"I was a bit surprised by the trade, but also happy," he said about the trade. "Salavat is a huge team, one of the best in Russia. I'm excited to move there, and I'm already waiting for the new season to start. I am thrilled to be playing in Ufa." Salavat was clearly not scared by Manninen's modest size. "In modern hockey, size isn't that important anymore," Salavat Yulaev's director Alexander Kurnosov told championat.ru about the Finn. "He had a fantastic year with Jokerit and is an incredible sniper. He can score and play combinational hockey. Moreover, all the Finns who played for us adapted well."

Manninen was brought in to substitute Joonas Kemppainen – with whom he played in Oulu – in the team's first line, playing in the middle between Linus Omark and Teemu Hartikainen. "I don't know if I'll play with them. I haven't thought about it yet. I'm sure that everything will be great if should we play together."

However, things didn't start well. Manninen couldn't find himself on the top line with the other Northern guys and didn't score much, at first. But later, Salavat Yulaev's bench boss Nikolai Tsulygin started playing him with Nikita Soshnikov and either Alexander Burmistrov or Pyotr Khokhryakov on the right flank, and points began arriving for the miniature forward and his linemates. Currently, Nikita Soshnikov leads the whole league with 14 goals, while Manninen is on the rise with 12 assists and 14 points – other than a plus-5 rating. Salavat Yulaev is currently the third seed in the Eastern Conference, and it will be a tough client for everyone in the playoffs. And with his strong game, as he demonstrated once again at the recent Euro Hockey Tour in Finland, he has all it takes to lead the Leijonat to another podium-placement at the 2020 IIHF W in Switzerland. 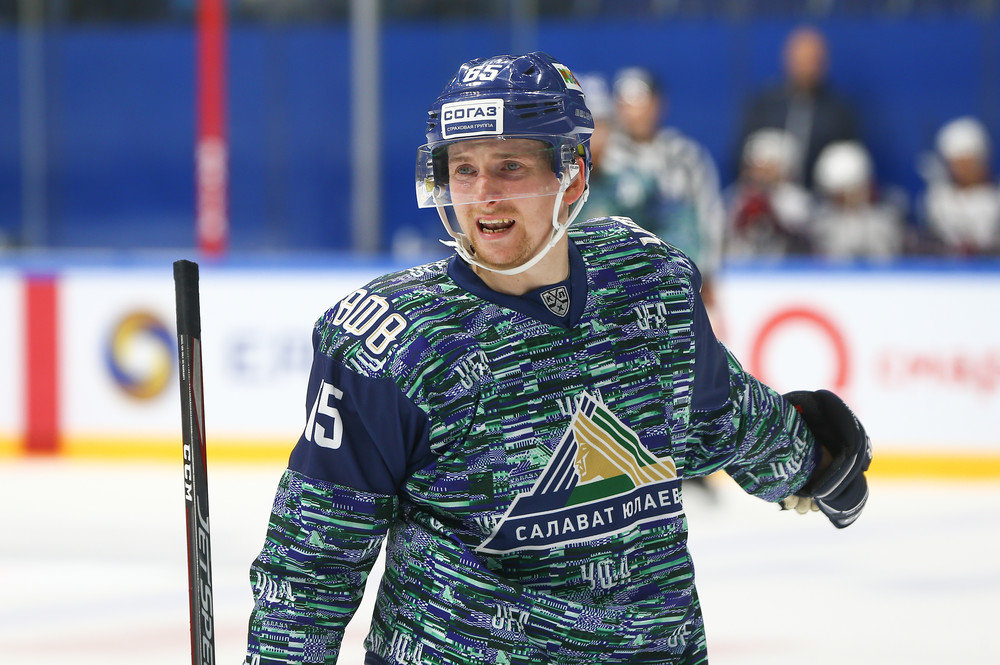