Man of the Week – Teemu Pulkkinen

Continuing our new series, KHL.ru looks at the story behind one of the league’s brightest stars. After an impressive start to the season in a struggling team, let’s find out more about Teemu Pulkkinen of Dinamo Minsk.

It’s been a tough start to the season for Dinamo Minsk. The Belarusian team, extensively rebuilt over the summer under head coach Craig Woodcroft, has found itself on the wrong end of several tight verdicts before finally getting its first win of the campaign at Spartak over the weekend.

However, one bright spot amid all the problems has been the form of Finnish forward Teemu Pulkkinen. Last year’s leading scorer in Minsk is back for a second year and already has four goals to his credit. That’s as good as anyone in the league so far, with only Neftekhimik’s Pavel Poryadin able to match the 27-year-old Vantaa native at the time of writing.

On this form, he’s set to improve on last season’s 29 (15+14) point return for Dinamo. So how has Pulkkinen found a niche for himself in Minsk? 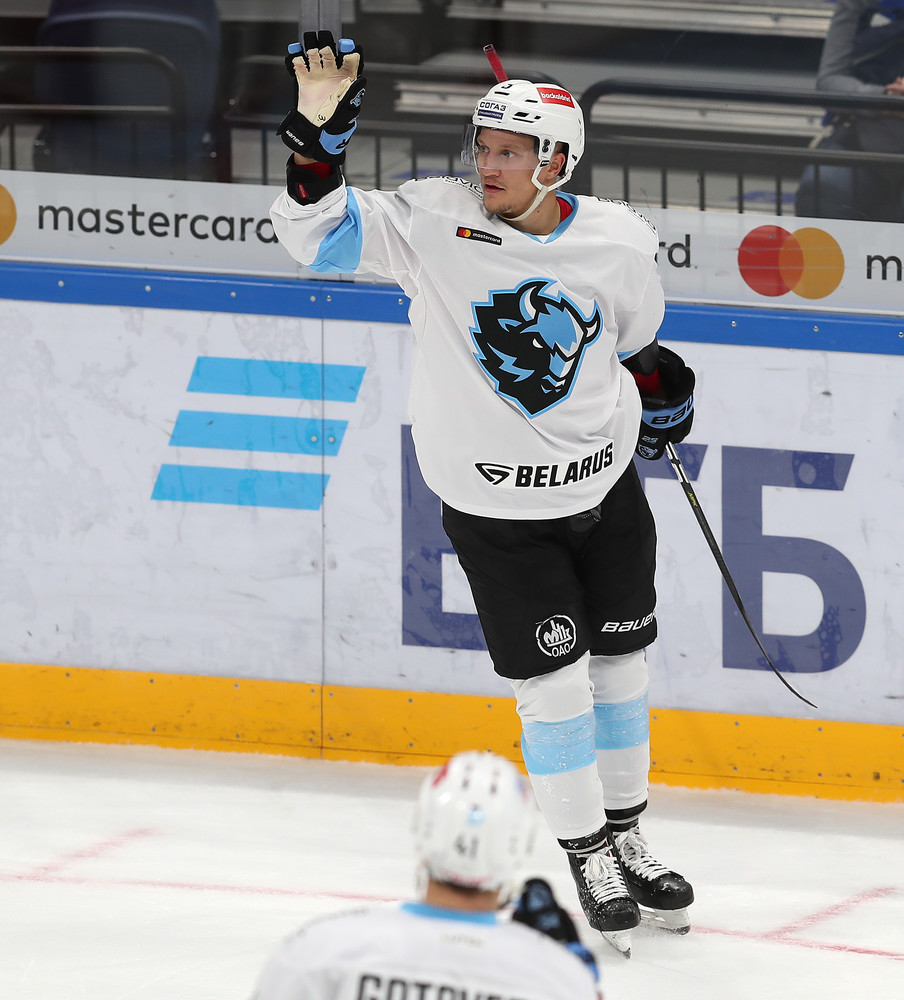 The winger was just 16 when he made his Jokerit debut in the Finnish Liiga back in 2009. A year later he starred at the World U18s, putting up 15(10+5) points as Finland took bronze. Next up, his first full season in the Liiga saw him generate 36 points and beat a record set by the legendary Teemu Selanne 20 years earlier. Big things were expected of Pulkkinen and the Red Wings prospect was soon heading across the Atlantic.

He was earmarked as a high-end talent with a powerful offensive game; his shot, heavy and accurate, couple with a quick release, marked him out as a player to watch. However, some observers in America complained that he was reluctant to contribute defensively. The question, for many, was whether this was an underlying problem or something that could be grafted onto the game of a forward who had dominated scoring at all levels since childhood.

As for that shot, Pulkkinen is modest about his prowess. “Everyone has a strong side,” he smiled in an interview with the Dinamo Minsk media team. “There’s no real secret: I worked on it a lot when I was younger and I’m still trying to perfect my game, whether that’s skating, physical conditioning, shooting ...” 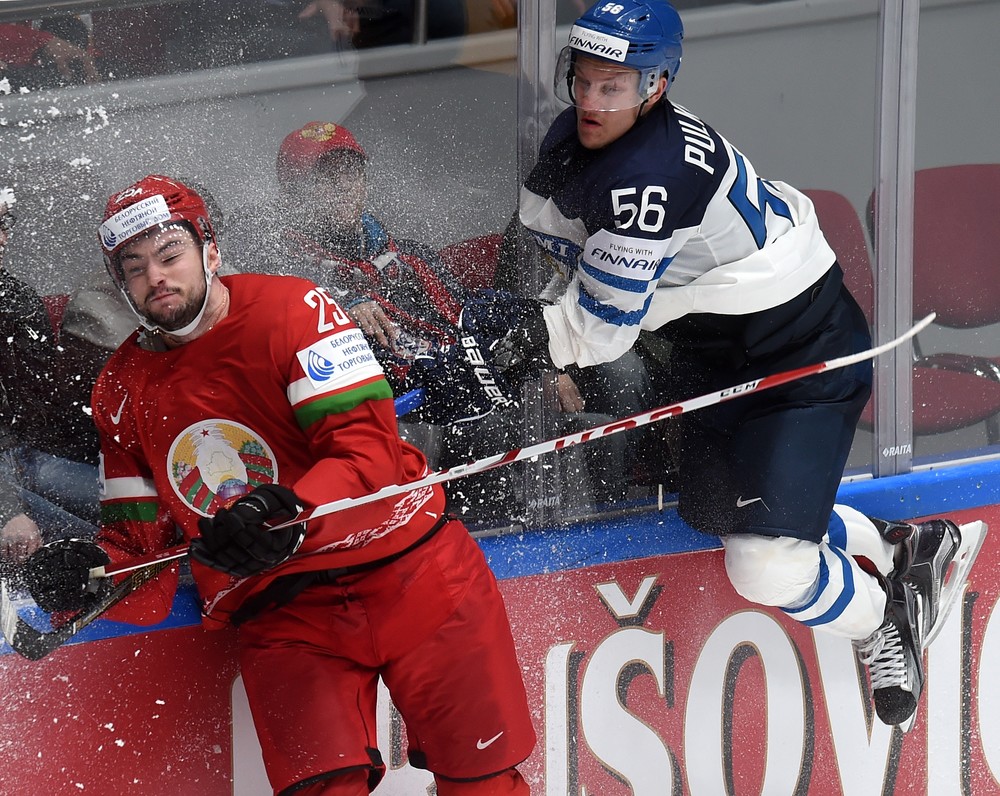 Initially assigned to the minors, Pulkkinen produced the kind of scoring form that suggested he could go far. In his rookie AHL campaign in 2013/14 he led the scoring for Grand Rapids and was second among the league’s rookies when he got his first call for the Wings. It was a similar story in his second season, when an eight-game scoring streak for the Griffins matched a league record and brought another spell in the NHL. For some, he was a potential top-six NHL forward, but for others there was always a question mark.

The high point of his NHL career came in 2015/16 when he had a one-year, one-way deal with the Wings. He never quite established himself as a regular in the big show, making 36 appearances for 12 (6+6) points, but did get a call-up to play for Finland at the World Championship in Moscow. The Leijonat reached the final before losing to Canada.

After that, though, it was back to the AHL, save for a handful of games for Minnesota and Arizona. The scoring was still powerful – 65 (29+36) in 75 games in his final season with the Chicago Wolves – but time was no longer on the Finn’s side. A return to Europe was on the cards, and Dinamo Minsk was the destination. 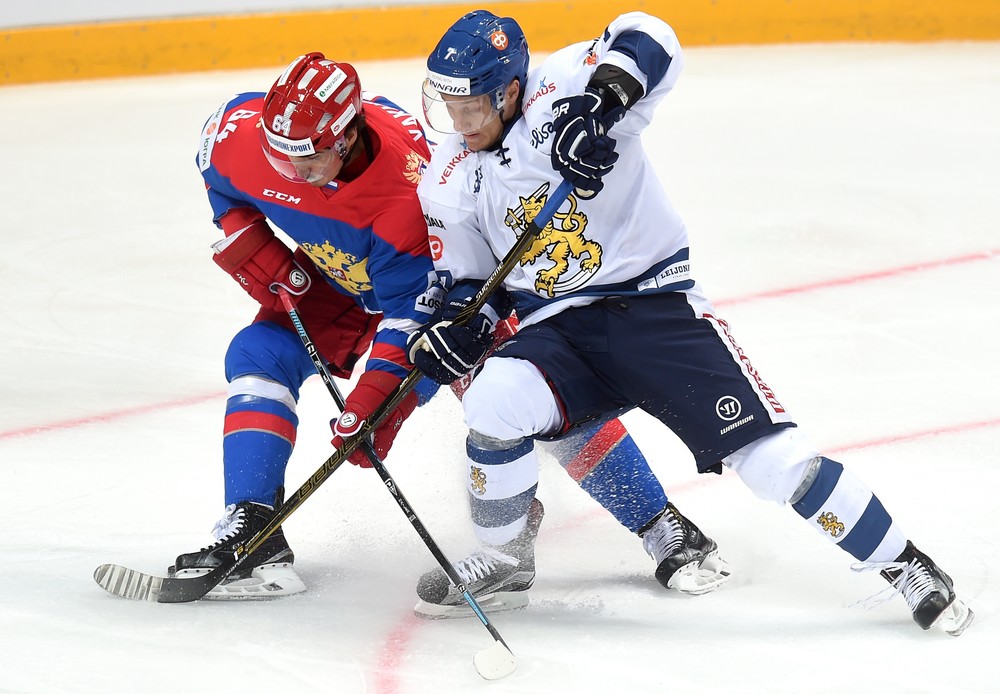 Pulkkinen’s first trip to Minsk was back in 2010 on international duty. Dinamo had only recently opened its current 15,000-seater arena and an invitational tournament for U18 national teams was one of the first test events. It made an impact on the young forward. “In Minsk there was an incredible atmosphere that the games,” he said. “We played at Minsk Arena, it was February, not long after it opened. Can you imagine? A full arena for an exhibition event and youth team players? The fans in Minsk are loud and crazy!”

On returning to the city to play for Dinamo in 2018/19, Pulkkinen was quick to make an impact. Two goals in his first three games, six points in his first 10, the Finn started in positive fashion and continued quietly putting up the points through the season. The final game brought a special moment: a return to Helsinki and a game-winning goal in a 5-3 success against Jokerit; too late to clinch a playoff place but a sweet moment against his first club.

The current campaign has started impressively as well with a goal in every game so far and a mention as the top forward of the opening week of the KHL season – ahead of competition from the likes of Avtomobilist’s Olympic silver medallist Brooks Macek and SKA’s fast-starting new signing Vladimir Tkachyov, among others. With goals in his last two games of the 2018/19, Pulkkinen’s current streak runs six outings and represents a club record for Dinamo. 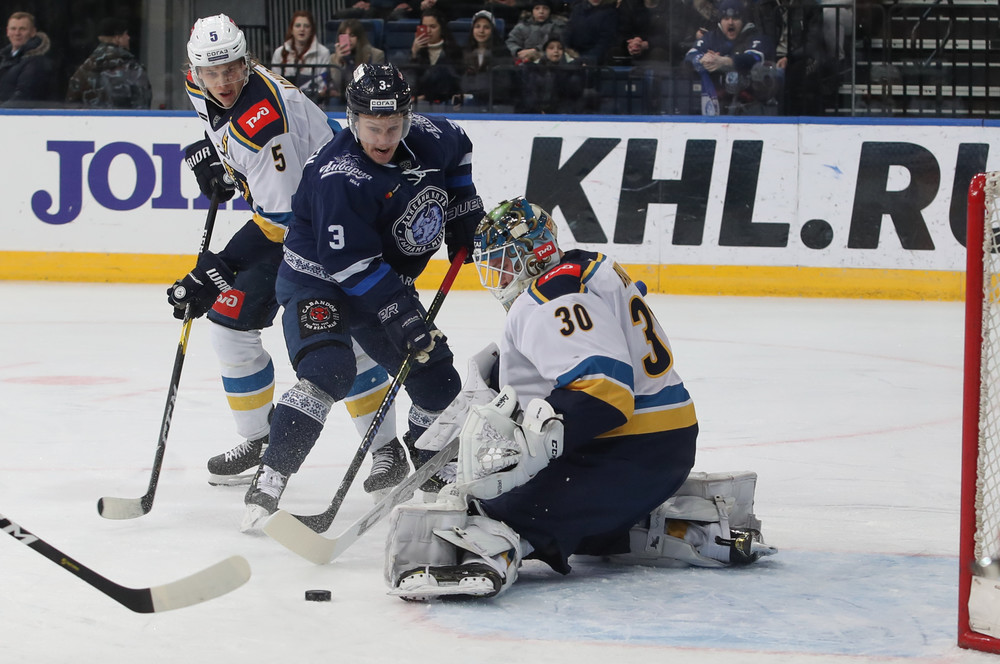 This season’s Dinamo roster is something of a work in progress. The flagship club of hockey-crazy Belarus is entering a new era where tighter budgets mean greater emphasis on developing young talent. As a result, Pulkkinen’s role is ever more important: as well as leading on the ice, he’ll need to be aware of new responsibilities to help develop a crop of graduates from the Belarusian championship and turn them into KHL-class players.

Pulkkinen himself is well aware of the expectations on him. “At Dinamo they’re expecting goals, especially since I’m an import,” he said. “I’m just trying to live up to those expectations.” 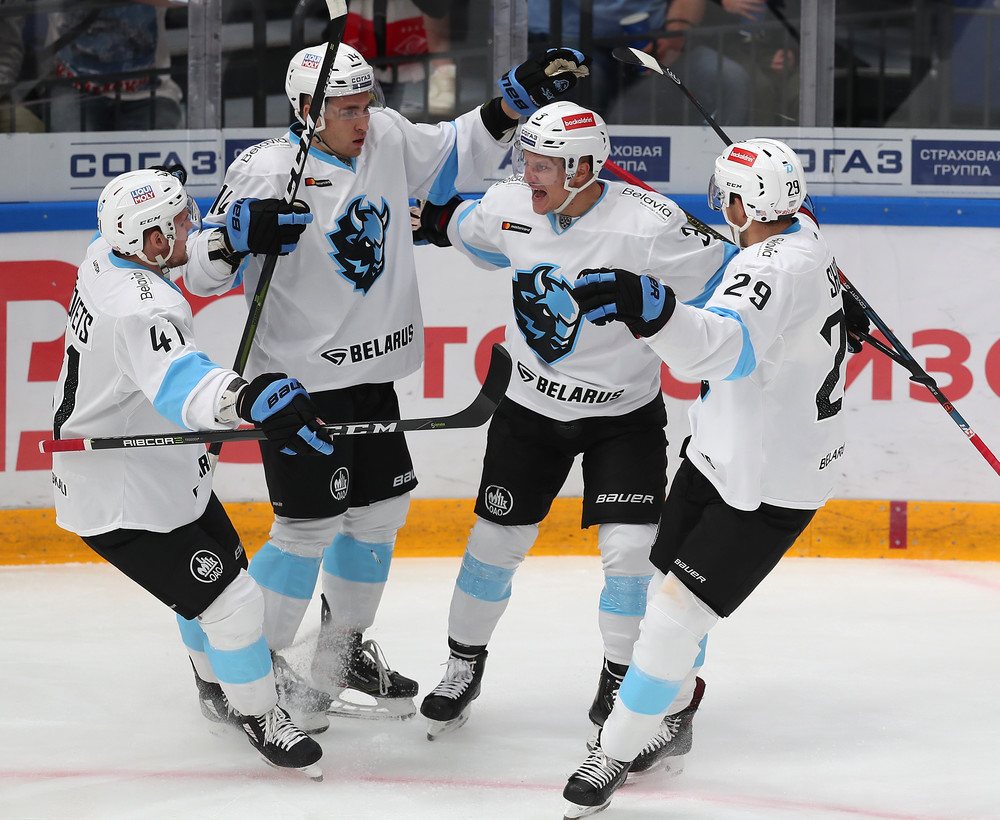