West: SKA and CSKA one game away from Conference final. March 19 playoffs

The big guns of the Western Conference are both just one win from contesting the Conference final. SKA opened a 3-1 series lead on Lokomotiv with a 3-1 victory in Yaroslavl, while a last-minute goal from defenseman Mat Robinson earned CSKA a 2-1 verdict at Dynamo.

The David Rundblad playoff party continues apace. SKA’s Swedish defenseman potted his fourth goal of post season and, like its three predecessors, it turned out to be the game winner. Admittedly, the circumstances were less dramatic this time: SKA held the lead from the 12th minute, Lokomotiv only grabbed a consolation goal with 26 seconds to play. Nonetheless, of seven victories in this year’s playoffs, four have been secured thanks to a Rundblad effort.

Once again, it was a power play goal. Rundblad exchanged passes with fellow blue-liner Dinar Khafizullin and lifted in a shot through traffic from the deep slot. Ilya Konovalov was screened by Jarno Koskiranta and Maxim Karpov as the puck bounced in off the post.

There were echoes of SKA’s opener about it. On that occasion, midway through the first period, Roman Rukavishnikov shot from the point and #40 supplied the screen in front of Konovalov as another relatively tame effort from distance found the Lokomotiv net. There was no further scoring in the second period, although Alexei Byvaltsev hit the post early on and Konovalov made a big double save midway through the session.

At the start of the third, SKA looked to take the edge out of the game and close out its 1-0 scoreline. Lokomotiv struggled to generate offense and was ultimately punished when Pavel Kraskovsky took a high sticking minor. That paved the way for Rundblad’s goal and a couple of minutes later Karpov made it three when he redirected an Alexei Kruchinin effort. The goal survived two video reviews, one for high sticks and one for goalie interference, before the officials confirmed an award that effectively ended Lokomotiv’s hopes.

Dmitry Kvartalnov’s team kept battling until the end, though, and in the last minute Mikhail Belyayev got his stick to a Rushan Rafikov feed and steered the puck past Hellberg. For the Swedish goalie it blotted what seemed destined to be a shut-out; for his compatriot on the blue line it secured yet another GWG.

SKA returns to St. Petersburg for Friday’s game five knowing that victory will wrap up the series and secure a place in the Western Conference final for the fifth time in a row and the seventh in eight seasons.

It was a good, tight, hard-fought game. For us, it was a good game at both ends of the ice, it was a real team victory.

Can we expect Barabanov, Prokhorkin or Kuzmenko to play in St. Petersburg?

Let’s wait until we get home and see then.

What did you do to calm the team down?

We were calmer on the bench.

We had our chances, we had power plays but, unfortunately, we couldn’t take them. We needed to score in that 5-on-3. Against a team like SKA it’s hard to come from behind but today we couldn’t get in front.

Did you miss Averin and Alexeyev today?

We missed several players. Averin couldn’t play, Nakladal was out with an injury. Brandon Kozun will play in Petersburg, Petri Kontiola won’t.

How can you beat SKA?

Through hard work, desire and sticking to our game plan. We need to take our chances and get ahead in games. It’s tough to play against SKA if you’re chasing the game. 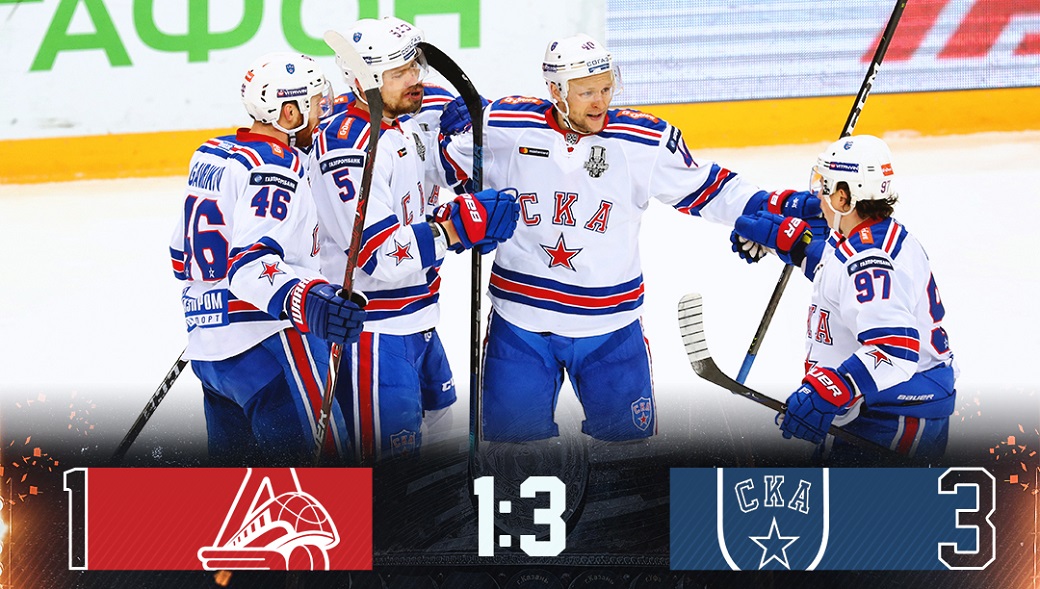 Former Dynamo favorite Mat Robinson dealt his old employer a cruel blow. The Canadian grabbed the game winner in the last minute of this game, scoring with 25 seconds left as CSKA came from behind to establish a powerful 3-1 position in the series.

Robinson, 32, spent three seasons with the Blue-and-Whites, collecting 89 points in his time with the club. But he moved across Moscow to join CSKA during Dynamo’s financial problems of 2017 and has become a key part of the Army Men’s defensive contingent. Today, though, it was his scoring prowess that made the difference. A last-gasp raid saw Sergei Andronov driving deep into Dynamo territory. He was forced behind the net, from where Linden Vey set up Mikhail Grigorenko with a shooting chance. That effort was blocked but Robinson had stormed forward to join the rush and forced home the rebound to snatch victory for the visitor.

The outcome was hugely frustrating for Dynamo, which now has a mountain to climb if it is to save this series. For two periods, the home team was on top. The opening frame saw the Blue-and-Whites have the better of the play before taking a deserved lead when Juuso Hietanen rounded off a well-worked move in the 18th minute. The middle frame was as fiery as you’d expect from a local derby in a playoff series, with neither side willing to yield an inch of the ice. Dynamo’s combative approach went a long way to silencing the CSKA offense; the Army Men managed just three shots in the second period but Ilya Sorokin stopped all 12 of the efforts that came his way at the other end.

And, perhaps inevitably, Dynamo was punished for its inability to put the game to bed when it was in the ascendancy. CSKA emerged from the second intermission and looked like a different team. Four minutes into the session, Konstantin Okulov decided it was time to take matters into his own hands and tied the game with a fine solo run through the home defense wrapped up with a well-placed shot beyond Alexander Yeryomenko. From that point on, the Army Men were on top. It took roughly half the third period to generate as many shots as the previous 40 minutes had seen and it was only the reliable presence of Yeryomenko that had the game seemingly destined for overtime. But Robinson arrived at the right time to settle the issue in regulation; CSKA can wrap up the series on Friday.

Grigorenko’s assist on Robinson’s winner takes him to 11 points for the playoffs and puts him out in front in the scoring race. Okulov is one of a pack of players on 10 points; those two, and Vey, are each one short of completing 100 KHL points.

We lost because of two errors from our players, but goals always come due to errors. Overall, I’m fairly happy with our game. For two periods we did well, but we need to score more goals. Once again, our forwards didn’t score and it’s hard to win if you only get one goal. I’ve no complaints about our attitude and workrate, but we didn’t score on the power play again, there’s something missing there.

We had a good third period and got back into it. Thanks to the guys for that. They were able to raise themselves and then we got a bit of luck at the end.

We played with 11 forwards. [Anton] Slepyshev has gone for an X-ray, we’re waiting to hear about him. With Kaprizov, we’ll see how he feels tomorrow. We hope he can play. 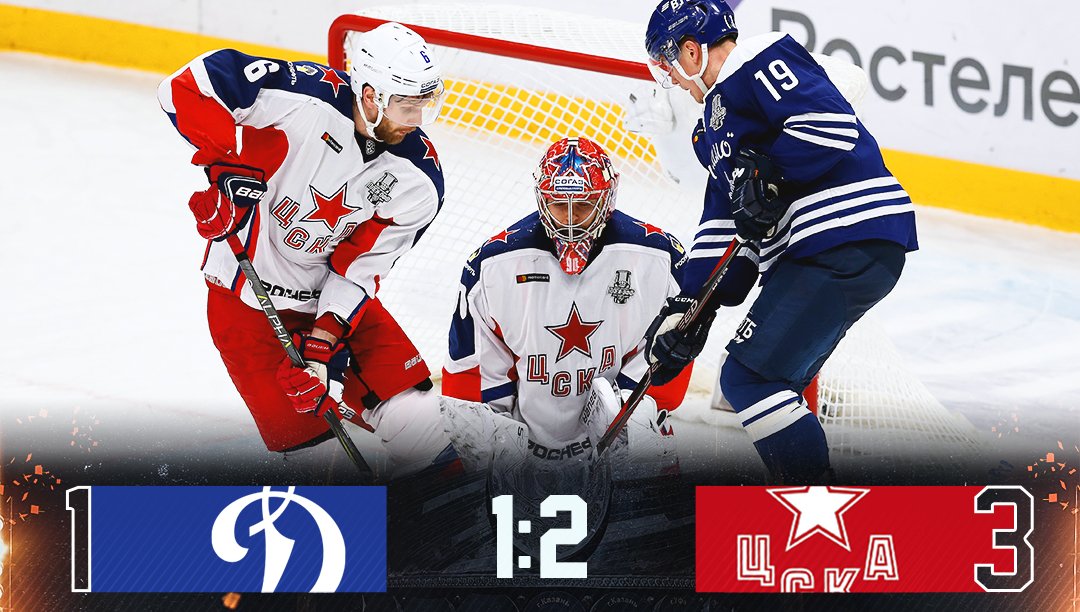