Round one of the playoffs is done – here’s a look at some of the difference-makers in the opening phase of postseason.

When Bob Hartley arrived in the KHL as head coach of Avangard, he announced that he was here to win the Gagarin Cup. For much of the season, his team went somewhat below the radar; always pushing for the top of the Chernyshev Division, the Hawks’ progress attracted less attention than the resurgent Avtomobilist’s march to the top of the Conference. All that changed in the playoffs as Hartley’s men swept defending champion Ak Bars - “never in my wildest dreams!” admitted the coach – to send a warning to future opponents East and West. Avangard has only once won Russia’s top prize, back in 2004, and reached its only Gagarin Cup final in 2012: could Hartley be the man to change all that? 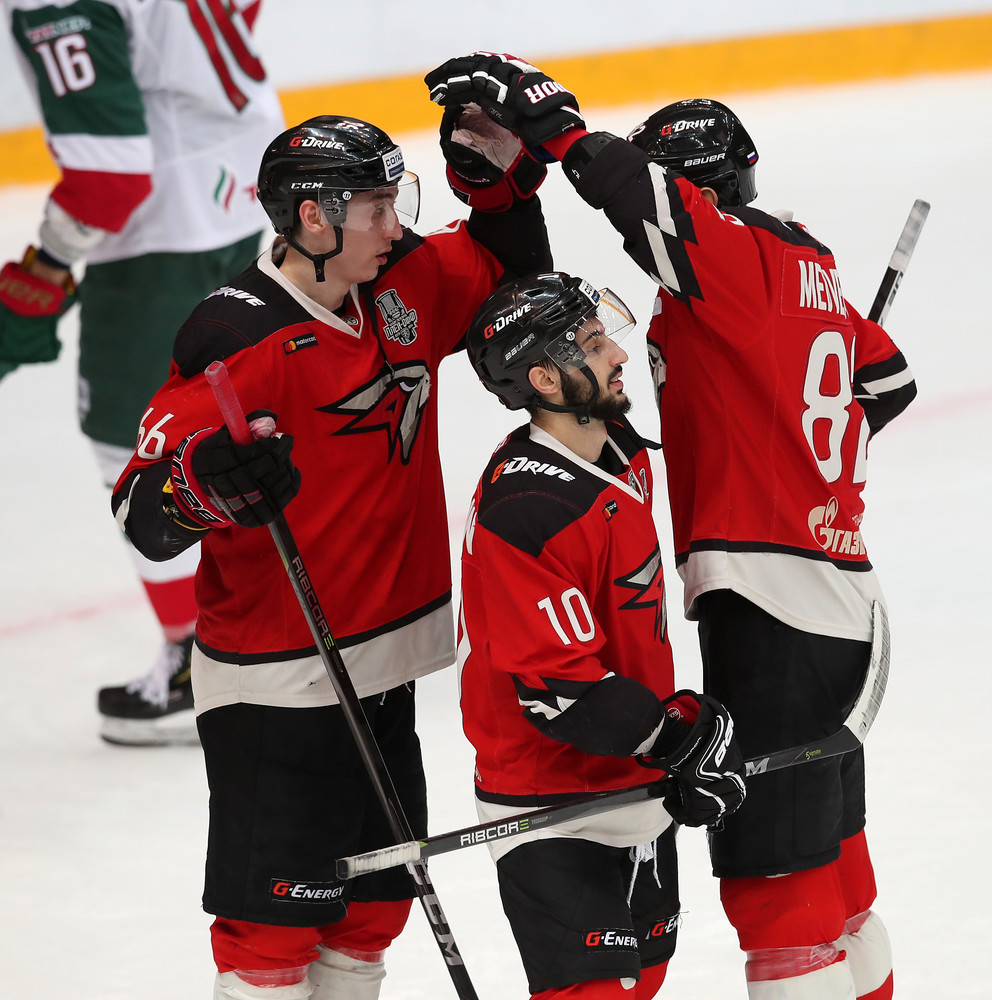 Ufa’s heroes upset the seedings to despatch Metallurg in round one of the playoffs – and the top line of Teemu Hartikainen, Joonas Kemppainen and Linus Omark did the bulk of the heavy lifting. The trio combined for 22 points across the six games, hitting form at the perfect time to put their team into the Eastern Conference semis. Hartikainen’s 10 (5+5) points also puts him atop the playoff scoring chart, one ahead of Brandon Bochenski (Barys) and two clear of three players on eight points.

When Dynamo won its back-to-back titles in 2012 and 2013, goalie Alexander Yeryomenko was the key man. Oleg Znarok’s team collected the Gagarin Cup, Yeryomenko won two playoff MVP awards. Now aged 37, the shot-stopper is at it again. In round one against Jokerit he turned away a phenomenal 96.1% of the efforts he faced from the Finns – including a 43-save shut-out – to lift Dynamo into the second round. Can he keep it up against CSKA? 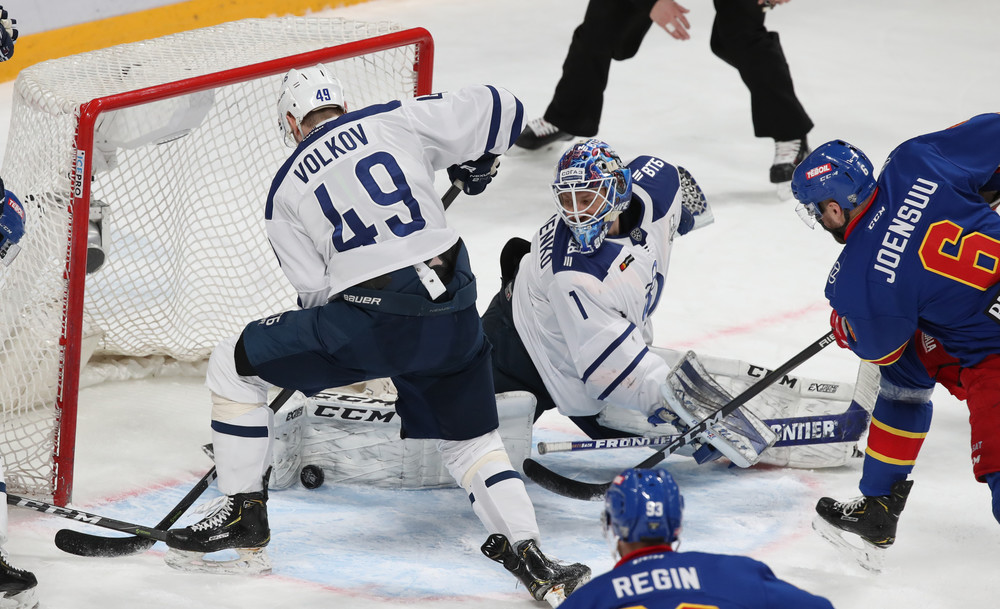 David Rundblad was not previously noted for his scoring prowess in the KHL. The Swedish defenseman, in his second season with SKA, had just seven goals in 75 regular-season appearances. But this week he delivered two vital playoff tallies to change the course of his team’s series against Spartak. Both came in overtime, both helped bring the Red-and-Whites’ brave resistance to an end as SKA edged through games four and five of the series. Ultimately, Rundblad & Co. recovered from dropping the first two games to win in six – but this series wasn’t all about the glittering roster of forward talent usually associated with Petersburg hockey.

Coming up – a Moscow showdown and a battle of old foes

The Western Conference semi-finalists have a familiar look: between them, CSKA, Dynamo, SKA and Lokomotiv have a wealth of playoff experience. The two Moscow clubs meet this week for the third time in KHL post-season action. The pair clashed in the first ever KHL playoffs, with Dynamo sweeping the series before losing out to Ak Bars in the last four. Then, in 2013, they met at this stage once again and the Blue-and-Whites won through in five games on the way to lifting the Gagarin Cup. SKA and Lokomotiv is now a regular playoff match-up. The first encounter between the teams came in 2014, with Loko surprising the Army Men 4-2 in the second round. This year’s clash will be the fourth successive year that the teams have met in the playoffs, with SKA winning each of the last three series for the loss of just two games.

Coming up – Avto looks to improve on the best

In the East, the line-up has an unfamiliar look. Top seed Avtomobilist has never made it this far before and goes into its meeting with Salavat Yulaev looking to write new records. The Yekaterinburg team has been transformed since a change of ownership in 2016. In contrast, Salavat Yulaev is looking to reach its fifth Conference Final and its first since 2016. The other pair pits Barys against Avangard. The Kazakhs are looking forward to only their third appearance in the semi-finals, while Avangard is hoping to get beyond this stage for the first time since reaching the grand final in 2012. The teams have met once before in post-season, with Avangard winning it in seven back in 2015.

East: Can anyone defeat Avangard? First round review