East: Can anyone defeat Avangard? First round review

Traktor had a monumental task in front of itself, and Avtomobilist had four rather easy wins to sweep the opponents in the first round as it was expected. This series didn’t leave much material for stories – Traktor played rather well and forced Yekaterinburg to OT in game two, but the gap between the two teams was just too big.

After two easy wins at home, the series featured two fiercely-fought games in Chelyabinsk, with forward Vyacheslav Litovchenko sensationally netting the game-winner twice in a row. However, it was indeed not enough to cause problems to Yekaterinburg, who moved to the second round quite early and thus saved itself some fatigue and bruises deriving from longer series. Dan Sexton was the team’s top scorer, with 7 (2+5) points. Nigel Dawes and Anatoly Golyshev had outstanding production, while Stephane Da Costa only had a pair of helpers and will miss the first game of the second round due to a suspension.

All in all, it was a disappointing season for Traktor. The team didn’t live up to the expectations deriving from last year, and this means that the Black-and-Whites will need to undergo several changes this summer. 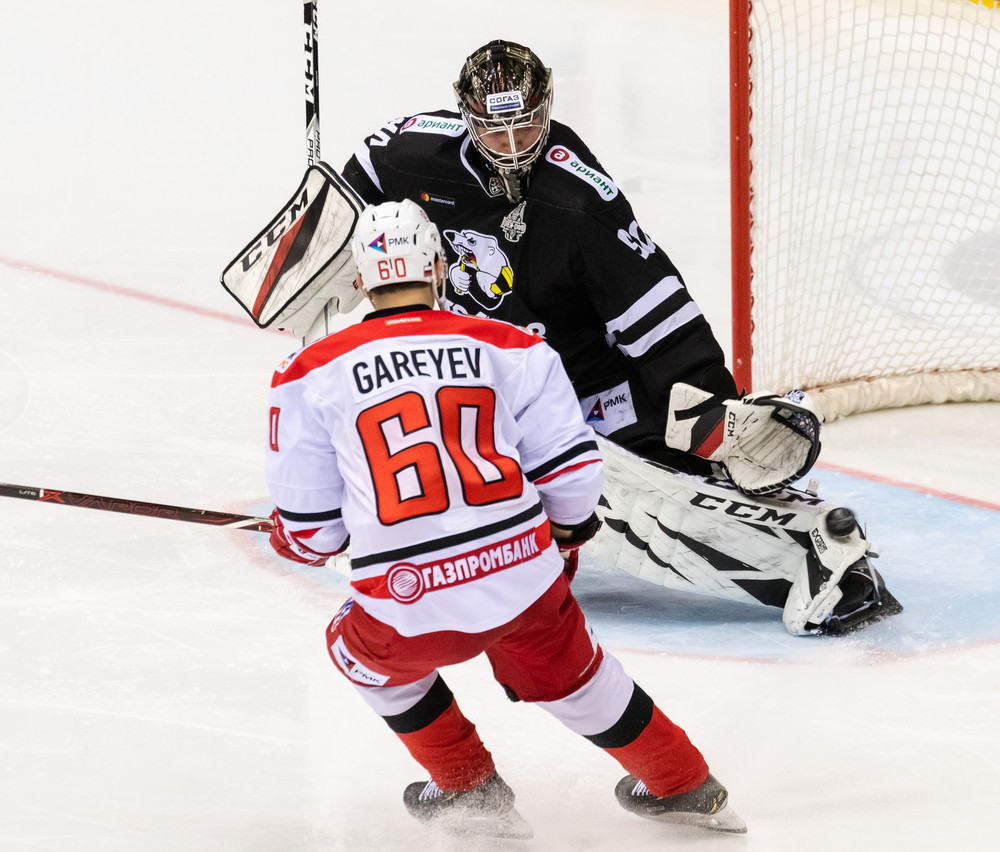 The only series to make it to the seventh game was undoubtedly one of the most uncertain. Oddly enough, the results were quite predictable, as all the games were won by the home team. Including the most important one – game seven. Darren Dietz scored twice as Barys got the best over Torpedo in a heated match in a packed Barys Arena. The team led by Andrei Skabelka outshot Torpedo 36-28 and deservedly gained a pass to the second round.

Nizhny Novgorod had a great series. They were without their starting goalie Stanislav Galimov, but Barry Brust stepped up and fiercely backstopped his team. The usual suspects performed well, and veteran defenseman Anton Volchenkov had a second youth, scoring three times in six games. However, it hasn’t been enough to get past Barys. The Kazakhstani team was led by their high-quality imports and managed to show good hockey even without the charismatic forward Roman Starchenko – out with an injury. For the stats junkies, this was the first game-seven win for Barys Astana in the KHL. 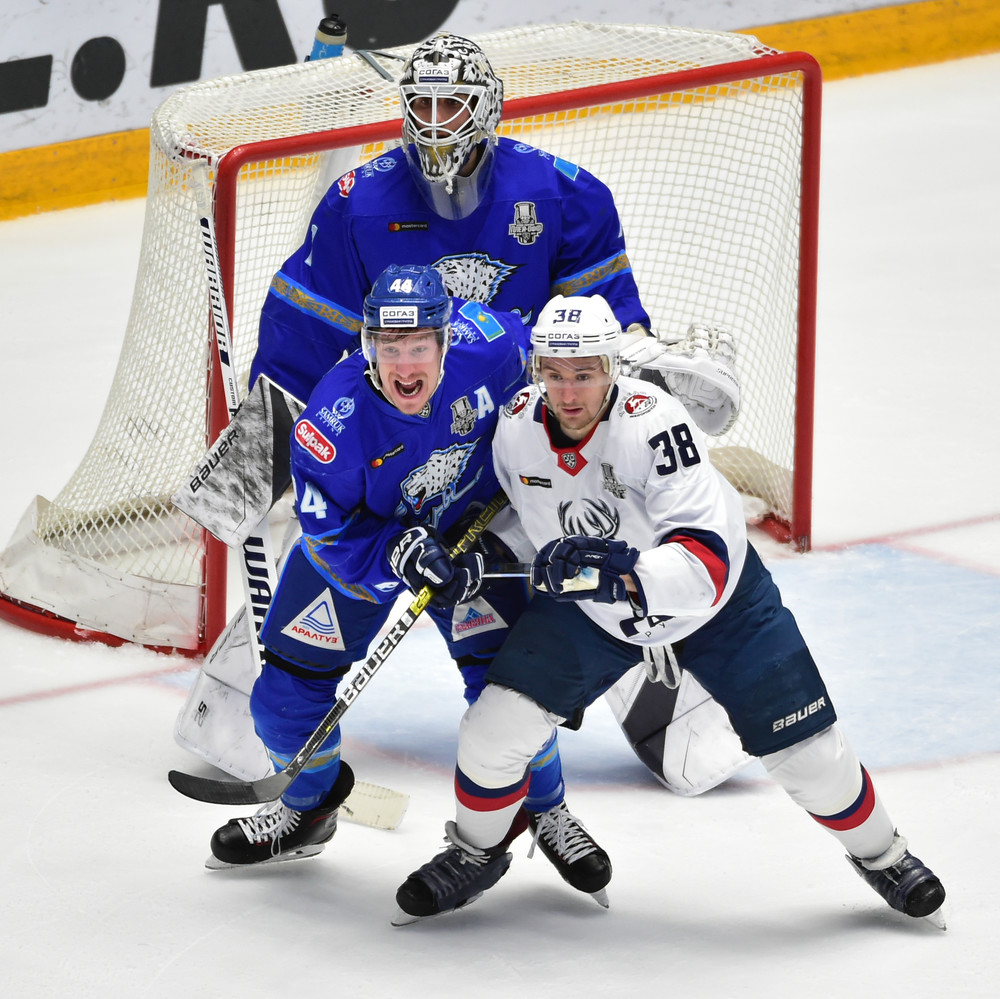 The series between Metallurg and Salavat Yulaev was one of the most fought in the first round, even if it didn’t require seven games to elect a winner. Four games of six – including the latest three – required OT. Oddly enough, in OT the teams shared two wins each, but the Green Jerseys from Ufa got the upper hand in the latest two occasions.

Unsurprisingly, the first line of Teemu Hartikainen, Linus Omark, and Joonas Kemppainen was the best for Ufa – with the first being one of the top scorer overall in the playoffs so far, with 10 (5+5) points in six games. However, an essential part was also played by Alexander Kadeikin’s unit. Matched against Metallurg’s first line, Kadeikin & Сo. managed to do the unthinkable: not allowing Sergei Mozyakin to score. It’s the first time in Mozyakin’s career with a zero in the goals scored box in the playoffs. Overall, the Steelers didn’t have their best season, in spite of the hype they generated from their summer signings. Salavat didn’t make a splash on the free agent market as they preferred building on last year’s squad. 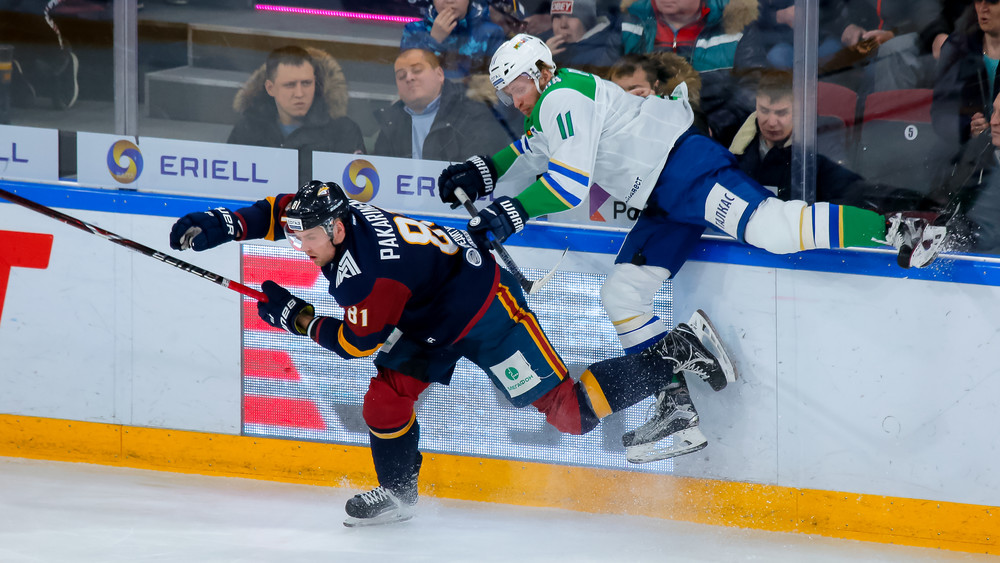 The outcome of this series was probably the most shocking one in the entire first round. Not so much because the Hawks prevailed, but because no one was expecting the reigning Gagarin Cup champions to suffer from an agonizing first-round sweep. The team led by Bob Hartley shocked the League winning the first three game with a global 16-4 score, as Kazan put on a real fight only in game four when Sergei Shumakov posted a sensational hat-trick to finish Ak Bars off with a 3-2 score.

Obviously, Ak Bars will have to undergo significant changes this summer. Only Justin Azevedo and defenseman Paul Postma scored at a decent pace, and both Vladislav Podyapolsky and Alexander Sharychenkov looked out of place as Emil Garipov was out for an injury. Avangard had a fantastic showing as the team clicked like a Swiss clock. Sergei Shumakov, Denis Zernov, Kirill Semyonov, and Ilya Mikheyev had a strong showing for Omsk, as well as Taylor Beck and Cody Franson. On goal, Igor Bobkov looked much more confident than his opponents in the green jersey. Considering this series, Avangard looks like the team to beat in the East, but the other franchises will not merely sit back and relax.

Playoffs fun in the East will be back on March 14. 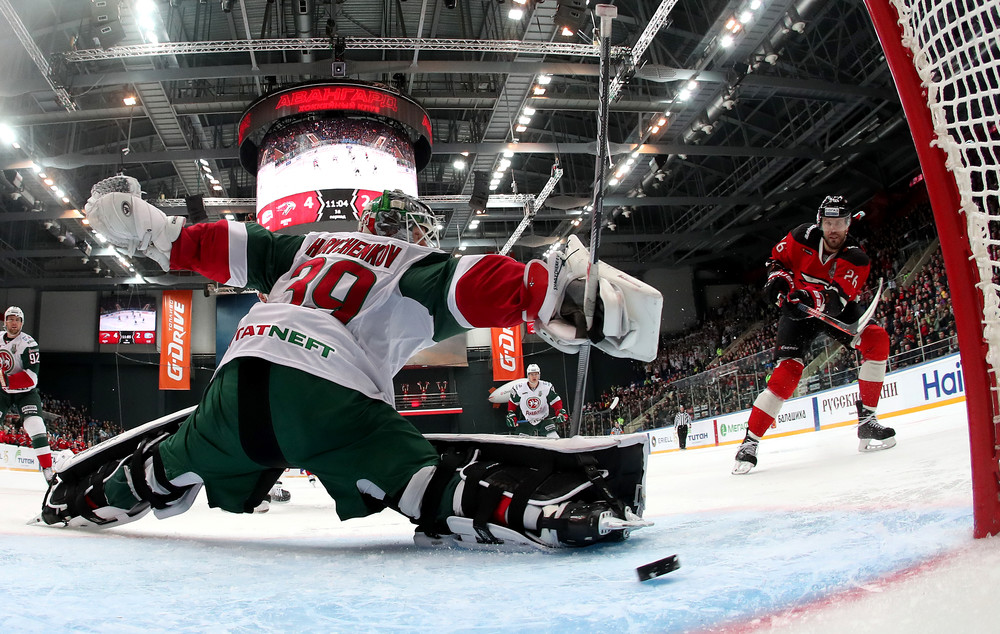