If the Western Conference is all settled, the battle for the remaining semi-final place in the East is going all the way. Torpedo enjoyed a 3-1 victory at home to Barys to set up Sunday’s winner-takes-all clash in Kazakhstan

With his team on the brink of seeing its season ended, David Nemirovsky boldly stuck with the same line-up that had lost in Astana two days ago. Barys, however, did not have the same luxury: an injury to Roman Starchenko prompted Andrei Skabelka to reshuffle his lines for this game.

For much of the first period, the game was evenly-matched. But big games demand big players and Torpedo’s Denis Parshin demonstrated why he’s one of his team’s leaders. In the 13th minute he took the puck away from a Barys defenseman, turned Valery Orekhov inside out with a deke and placed an unstoppable shot past Henrik Karlsson in the visitor’s net.

Barys still had grounds for optimism at the intermission: the game had been very even and, so far in the series, only one game had been won by the team scoring first. The visitor raised its tempo at the start of the second period and drew level after 28 minutes. Pavel Akolzin forced home the puck from close range after a flurry of shots on Barry Brust’s net.

However, it was Torpedo who went on to take control of the game. A couple of minutes later the home side regained the lead. Parshin was involved again, bringing the puck out of the corner after Damir Zhafyarov crumpled to the ice under a robust hit. Parshin’s pass found Artyom Alyayev between the hash marks and his shot beat Karlsson. As the middle frame drew to an end, Torpedo added a fourth with Vladimir Galuzin scoring on the power play. Once again, Parshin had an assist when he fed Philip Holm for a shot from the boards that bounced kindly for Galuzin to finish.

The third period saw Barys spurn a great opportunity when it enjoyed a 5-on-3 advantage. Far from capitalizing, though, the visitor lost two of its own players in quick succession and ended up having to kill a two-man penalty. That ate into the time available for the Kazakhs to save the game and Torpedo held on fairly comfortably. Parshin’s three points led the scoring, Brust made 40 saves to backstop the win.

Sunday will see the series decided: one of these two will join Avtomobilist, Avangard and Salavat Yulaev in the Conference semi-finals.

Everything’s under control. We’ll get ready for the next game.

We all understood that we had to win, the guys went out in the right frame of mind. Right from the off we played well. Of course, there are things I’d like to work on but overall I was happy with the way we battled to the end. Now we’re looking forward to the most important game. As a child, every player dreams of being part of game seven in the playoffs. We’ll get ready for Astana; we need to surrender less of the initiative to the opponent when we get there. 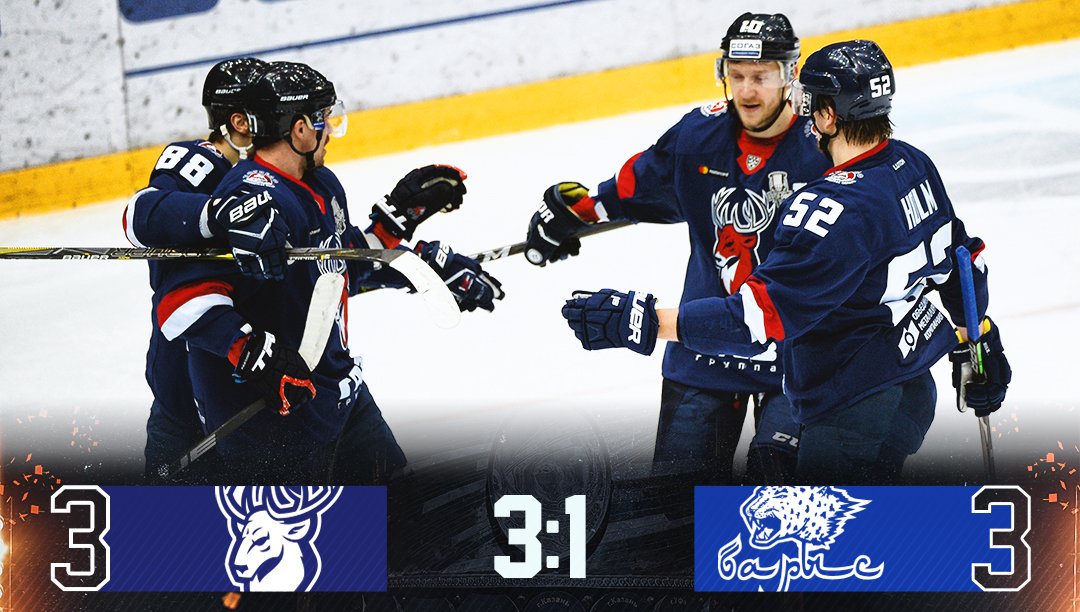